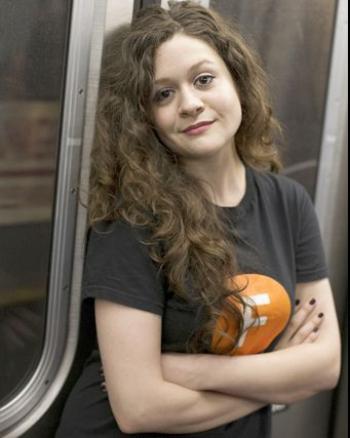 BY Andrea Hayley TIMEAugust 16, 2010 PRINT
NEW YORK—Riding the subway is, for most New Yorkers, a daily experience. When embarking on your daily commute, do you ever think: “I wonder what is going to happen today?” The reality is that absolutely anything could happen while riding in the subway.

The off-Broadway production Tales From the Tunnel, written and directed by Troy Diana and James Valletti, presents 100 characters in as many subway moments for our amusement. They can be hilarious, vulgar, or touching, but one thing we can count on—they are always true.

Co-writers Valletti and Diana spent years soliciting and collecting real subway moments from their friends and families to use in the play, but Valletti had a good head start on the material: His father spent 27 years at the Metropolitan Transportation Authority (MTA), with 19 of them in the tunnel. All the sketches in the play are based on true stories.

The skit that details how an MTA worker used to spread rat poisoning on peanut butter is Valetti's father's true story. He used to pride himself on his rat-killing talents.

At first, one wondered whether we would be in for a two hour exposé of risqué sexual encounters among strangers and the many underground escapades of the homeless. The show’s beginning was a little raunchy, but all in all, the audience appeared to love it.

Every time a subway car performer played his accordion or jingled his change purse, one felt a twang of knowing. Haven’t we all met this guy? Suddenly the guy starts talking to us, telling us how he came to this country to pursue a better life, how he plays his music not only for the extra change, but in hopes that someone, anyone, will appreciate his good energy.

At one point, a high society lady lives out her fantasy of being swept off her feet by an MTA worker who helps her recover her glasses after dropping them on the tracks.

A highlight of the play is when a train conductor sings “God Bless America” in homage to the victims of Sept. 11 terrorist attacks on the anniversary of the tragedy.

As each 30-second to 5-minute-long tale unfolds another glimpse into someone’s life is revealed. Watching this play gives the imagination an outlet in which to reflect on the lives of our fellow commuters, as well as the random acts of violence and of kindness of strangers that we witness every day.

After winning critical acclaim at the 2009 New York International Fringe Festival, Tales From the Tunnel won a spot in the FringeNYC Encore Series. The play was subsequently picked up by Rat King LLC, Adam Blanshay, and Stephenie Overton, and produced in association with Brierpatch Productions.