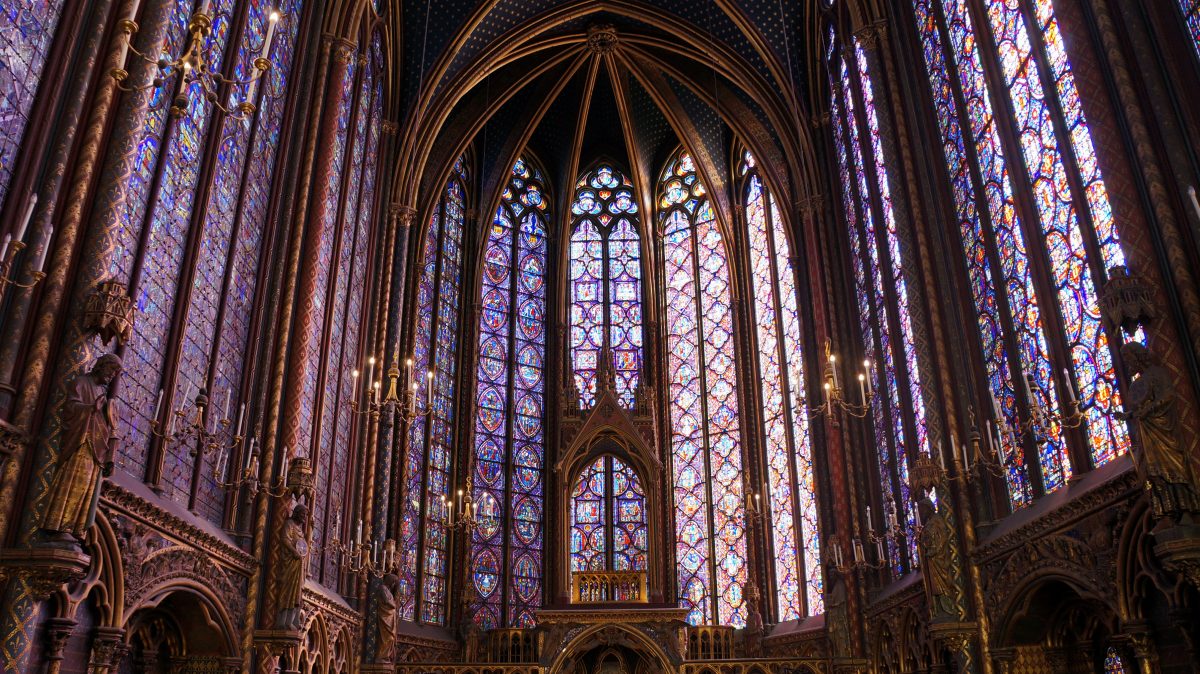 The Spectacular Stained Glass of Sainte-Chapelle

A rainbow of colors collide through the stained glass windows of Sainte-Chapelle in Paris. The tinted sunlight brings a jewel-like ambience to the royal chapel of King Louis IX, where 1,113 scenes from the Old and New Testaments are reflected on the 15 13th-century windows. The 15th window tells the story of the Crown of Thorns, and how the Christian relic eventually came to be under King Louis IX’s care.

On the west wall, a spectacular 15th-century rose window in the Flamboyant Gothic style that depicts St. John’s vision of the Apocalypse. Situated where the sun sets and symbolic of the end of time, the window is a reminder for the king to lead his people until the very end.

Surprisingly, only five colors make up the stained glass: blue, red, yellow, green, and purple, and they are all sourced from nature as the elements cobalt, copper, manganese, or antimony.

In the 13th century, the glass was first stained and then cut with a red-hot iron to a set design. Then, the details were painted onto the glass in monochrome gray, a technique called “grisaille.” The gray paint was made up of powdered glass and iron oxide. The glass was then fired to 1,112 degrees Fahrenheit to fix the grisaille.

Each piece of stained glass was then connected to the next by a strip of lead to create each scene. The size of each scene was kept small so that the window wouldn’t collapse under its weight once all the pieces were connected. In addition, each window was reinforced with metal bars and rods.