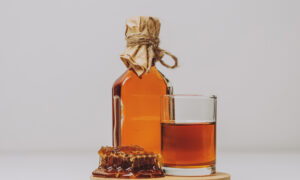 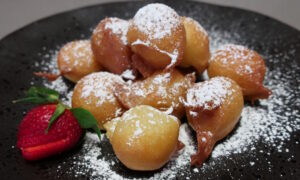 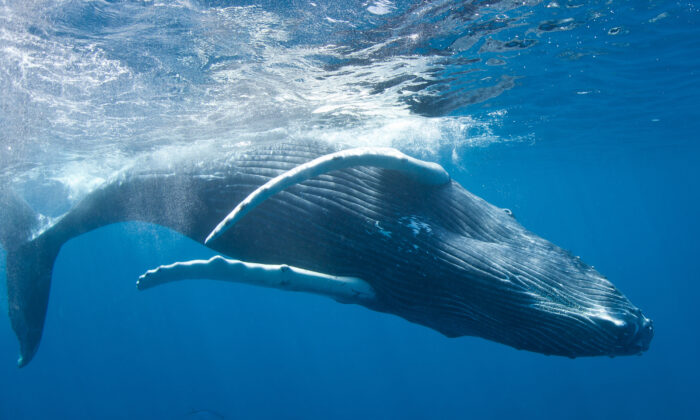 Humpback whales can reach a length of 40–50 feet. In the Atlantic, females migrate to give birth in the Caribbean and then move north to feeding areas along New England and Canada. (Ethan Daniels/Shutterstock)
Destinations

The Soul of the Sea: Whale Encounters in the Dominican Republic

I’ve seen humpbacks spout just off the bow of a catamaran while in Mexico along the coast of Cabo San Lucas, with their black backs glistening in the sun, the gush of vapor as their massive lungs purged and took in another breath.

In Japan, near Okinawa, I’ve watched them go airborne off in the distance, rising impossibly, straight up from the water like megaliths, and toppling back into the sea. So, desperate to see Earth’s remaining leviathans, I’ve spent six hours on a tour that wouldn’t end, seeking blue whales in Sri Lankan waters, with a boat captain and staff who—bless their hearts—insisted we’d not go back in until we found them.

There are no guarantees, of course, and one really needs to know when to quit. (Hint: before the water, snacks, and sunscreen run out.)

But from mid-December into late March, the humpbacks arrive like clockwork in the Dominican Republic.

While the resorts and beaches along the southern to the easternmost Punta Cana have long attracted tourists, the northern coast has made a great effort to promote itself as an eco-destination.

I took a week to explore the options, stopping in Cabarete, the Windsurfing Capital of the Caribbean, where constant wind and wave off the Atlantic side of the island pushed and pulled an endless parade of windsurfers and kiteboarders. I rode on horseback up Sierra Samaná to reach the 130-foot El Limón Waterfall and cool off in the misty pool below, while daredevil local guides performed death-defying dives into the shallow waters below.

Donning helmet and life jacket, I did my own much safer leaps into the pools at Damajagua Falls, where 27 chutes and cascades have smoothed the rock to create a hike, jump, and swim trail, as travelers work their way down a mountain with slides and vertical drops that even children can manage.

To the east where the North Coast bends south toward Punta Cana, there extends a long finger of land known as the Samaná Peninsula. I stayed the night on the northern side of it at the resort Sublime Samaná, where, in the afternoon, I ventured to the fine sandy beach that curves along the small bay there. Moderate waves and a shallow, gradually inclined sea bottom were ideal for wading and catching waves on the resort’s bodyboards.

Send in the Whales

But the best was to be saved for last. On the southern side of its namesake peninsula lies the town of Samaná, and for my last day, I joined a whale-watching excursion with Whale Samaná. “If we do not see whales, your next trip is free,” boasts the website. In the world of wildlife viewing, that’s a bold statement, but from what I saw, also a safe bet.

Every season, humpback whales from the North Atlantic return to these waters to give birth and raise their calves. The mothers have fattened themselves over the preceding months in colder waters and will now go up to five months without eating as they nurse the young whales and teach them life skills.

We set sail from the marina and headed out into the open waters of Samaná Bay. A local honor system of regulations for the tour providers is widely respected. Operators limit the number of boats that may approach a whale, and respect the creatures with a safe distance and limited duration of engagement. Boats take turns and avoid crowding or mobbing the magnificent creatures who, in some parts of the world, suffer the harassment of overeager tourists and the boat captains and guides trying to win the day for their clients.

Whales are not few here. Over the next couple of hours, we saw numerous pairs of mother and baby, diving for one to three minutes—typically about one minute per week of age, our naturalist guide tells us. We received our education about their environment and behavior. Photos and diagrams made the rounds to illustrate the lecture. There were no rum drinks or blaring yacht music; just a communing with the giants of the sea. Whales are identified by tail, dorsal, and fin markings, and our guide knew every creature by name, pointing out a pair as the 11th counted that season.

Toward the end of the tour, we encountered a female and two males. While the fathers don’t stick around for the calves, some males will provide a sort of escort protection, presumably to increase the chances of being the next eligible bachelor. Angry bubbles broke the surface of the sea, the bodyguard sending an aggressive warning to the other male. We followed them for a bit, watching their massive and sometimes scarred backs rolling up into the sun and curling back into the deep blue. Then, they disappeared again in a plume of vapor.

Song of the Sea

The tour wrapped up and the boat turned toward port once again, but then, the captain turned off the engine. Our guide announced that they were lowering a hydrophone into the waves. For me, any encounter with these majestic beasts is breathtaking, but what happened next nearly brought me to tears and raised the hairs along my arms.

The entire boat offered up a collective gasp and we fell silent. Through the speakers on the boat came the cry, rising high and rumbling low, the song of a male humpback whale. The range of tones, the lonesome urgency are unlike anything else on earth. Scientists tell us these songs communicate, spanning vast distances underwater. The knowledge that this was a living breathing intelligent creature singing, bellowing his song for miles in all directions, for his brethren to hear, for a possible mate to notice, was unforgettable.

And while the numerous eco-activities and the natural beauty of the North Coast were enough to convince me to return, this moment, listening to the indecipherable ancient language of one of the world’s largest creatures, was reason enough all by itself.