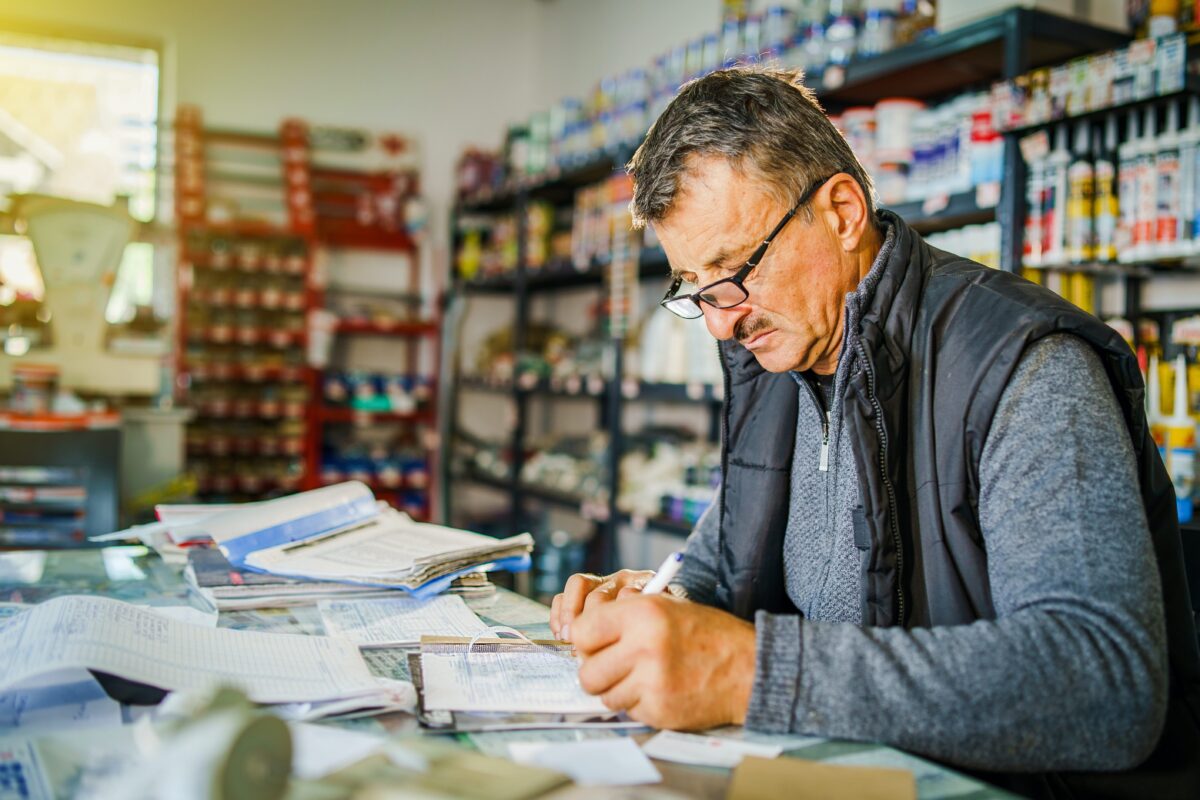 The "retirement test" social security law can get complicated fast, especially in the case of those who are self employed. (Miljan Zivkovic/Shutterstock)
Retirement

“Well, Tom, you see, I’m a farmer. I got me about 100 acres of beans, and I really only work two months a year. I plant those beans in April and I harvest them in October. The rest of the time, I’m pretty much sitting on my butt. Oh, I mend a fence or two and work on my equipment. But that don’t take no 45 hours, so I want my Social Security check for the other 10 months of the year.”

What’s that all about? I’ll get back to the bean farmer in just a bit. But first, I’ve got to tell you all about the Social Security “retirement test,” and especially how it applies to self-employed people.

I’ve written many times in this column about how I despise this part of Social Security law. It causes headaches for Social Security Administration employees, and heartaches and overpayments for Social Security recipients. It’s a terrible law, and ought to be eliminated. But it’s been a law for almost as long as Social Security has been around — meaning for about 80 years now. And it’s probably not going away anytime soon, so we’re stuck with it. And I’m stuck with having to explain it to you.

Going back to the very beginnings of Social Security, the law always said you had to be “retired” to get “retirement” benefits. And those rules used to apply to everyone. But over the years, Congress gradually lessened the effect of this onerous law. At first, they said the retirement test would not apply to people over age 72. Then they lowered that to 70. And then they eventually lowered that to full retirement age. So, in other words, if you have reached your full retirement age, you could make a million dollars a year and you could still get your Social Security checks.

But Congress never changed the law for people under full retirement age, so they’re stuck with the “retirement test,” which I more appropriately called the “earnings penalty” because if you are under your full retirement age and on Social Security, you are penalized if you start making more than $19,560 per year.

Now, on the surface the law seems pretty cut and dried. So, you may be wondering, “What’s the big deal? Why is this law such a problem?”

As with so many things, the devil is in the details. For example, let’s say you are 63 years old and getting Social Security, and you take a part-time job that’s going to pay you $25,000 per year. So, you report that to the Social Security Administration, and they withhold $2,720 from your next couple Social Security checks. (That’s one-half of what you plan to make over $19,560.) But then you get laid off after making only $20,000, so now the SSA owes you some money back. But then a couple months later, you find another job and now the SSA must start withholding some of your benefits again. And then later in the year, you get a big bonus and the SSA has to withhold even more. But then the following year, you quit that job and now the SSA owes you money. It just becomes a vicious cycle of overpayments and underpayments. As I said, it’s an administrative nightmare for the SSA and a big hassle for the Social Security beneficiary.

And I haven’t even gotten into the special rules that apply in the first year you start getting benefits and in the year you reach your full retirement age. And for the purposes of this column, I’ll only explain the former. In the first year you start drawing Social Security checks, a special monthly earnings test can apply. That test says that even if your yearly earnings exceed the annual earnings limit, you are due a Social Security check for any month you earn less than a monthly limit — which is always one-twelfth of the yearly amount.

A quick example will explain this. Let’s say Bob is turning 63 in September 2022, and that’s when he wants his benefits to start. But he is working through the end of August and will make $80,000 from January through August. That is well above the annual earnings threshold of $19,560, so you might think Bob can’t get any benefits for 2022. But because it’s his first year getting benefits, a special monthly rule kicks in. And that rule says that even though Bob is making way more than $19,560 in 2022, he can get a Social Security check for any month he is making less than $1,630 (or one-twelfth of $19,560). Because he won’t be working from September through December (in other words, he’ll be making less than $1,630 in those months), he is due a Social Security check for September through December.

What a mess. And this mess gets compounded even more if you are self-employed. An extra stipulation is added for these folks. It says that in addition to keeping your income under the yearly or monthly limit, you also must not be performing substantial services in the business. And the rules say if you are working 45 hours or more in a month, then you are performing substantial services in the business.

As an example, let’s go back to Bob again who wants his Social Security to start in September 2022 when he will be 63 years old. But instead of working for wages, let’s say Bob owns a little mom-and-pop motel. And he says when he turns 63, he is going to turn the business over to mom (his wife). But then he says that starting in September, he’s going to keep working “a couple hours a day just to help my wife out.” Well, that comes out to 60 hours per month — and that’s more than the 45-hour limit, which means Bob will technically still be performing substantial services in his business. And according to this dumb earnings penalty law, it means Bob won’t be due any Social Security benefits.

And that gets me back to the farmer I mentioned at the beginning of this column. When I first started working for the SSA in 1973 in a small farming community in central Illinois, these guys figured out how to circumvent this dumb law (which had slightly different rules back then). They told me they only worked over 45 hours per month on the farm in April (when they planted crops) and October (when they harvested crops), meaning they supposedly were not performing substantial services on their farm the other 10 months of the year. And that meant they could get Social Security checks for those months each year.

I knew they were lying. They knew they were lying. But because we obviously didn’t have the staff to spend time investigating all the farmers in the two counties we serviced, there was really nothing I could do about it. I can’t repeat often enough: It’s a dumb law and a mess to administer!

Tom Margenau
Follow
If you have a Social Security question, Tom Margenau has a book with all the answers. It's called "Social Security -- Simple and Smart." You can find the book at www.creators.com/books or look for it on Amazon or other book outlets. To find out more about Tom Margenau and to read past columns and see features from other Creators Syndicate writers and cartoonists, visit the Creators Syndicate website at www.creators.com.
SHARE
Friends Read FreeCopyFacebookTweet
You May Also Like