The Shen Yun Experience: ‘We’re very blessed to be here’ 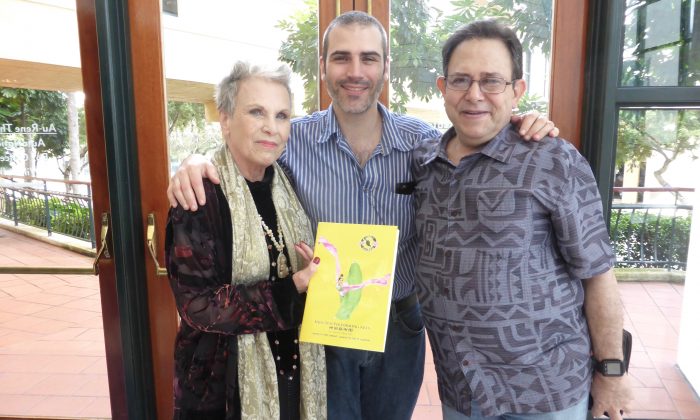 “Through the universal language of music and dance, Shen Yun weaves a wondrous tapestry of heavenly realms, ancient legends, and modern heroic tales, taking you on a journey through 5,000 years of Chinese culture,” the Shen Yun website states. “Its stunning beauty and tremendous energy leave audiences uplifted and inspired.”

Ms. Cunningham was accompanied by her son, Jonathan Cunningham, and Eric Brown, a close friend.

“Totally amazing!” her son said. For him, it was the whole effect of the performance: “The colors, the costumes, the music … everything is spectacular.”

Mr. Brown, formerly a pianist, said, “It’s mind-blowing.” “The music is just phenomenal.” He said he felt transported by the music, and the baritone was amazing.

“She’s wanted to see [Shen Yun] for three years,” Mr. Cunningham said of his mother. “This is the first time, so we’re very blessed to be here.”

‘Closer to Our True Selves’

Bernie and Marta Gonzalez also saw Shen Yun for the first time that afternoon. Mrs. Gonzalez chose seeing Shen Yun for their 25th wedding anniversary because she wanted to give her husband a gift that would stay with him. They were both moved by the spiritual quality of the performance.

“It was tremendous. It was a combination: spirituality and also … grace, beauty, elegance—incredible!” Mr. Gonzalez said. “Anything that gets us closer to our true selves is good.”

A Shen Yun performance envelops theatergoers in traditional Chinese culture. “Mortals and divine beings merge on stage as one,” the Shen Yun website says. “Principles such as benevolence and justice, propriety and wisdom, respect for the heavens, and divine retribution, all come to life, washing over the audience.”

Mrs. Gonzalez found some of the parts very emotional and felt a connection. “Everybody is spiritual, everybody is suffering, everybody is hurting somewhere,” she said. “You know, we’re all the same.”

Mr. Gonzalez said they would return for future performances.