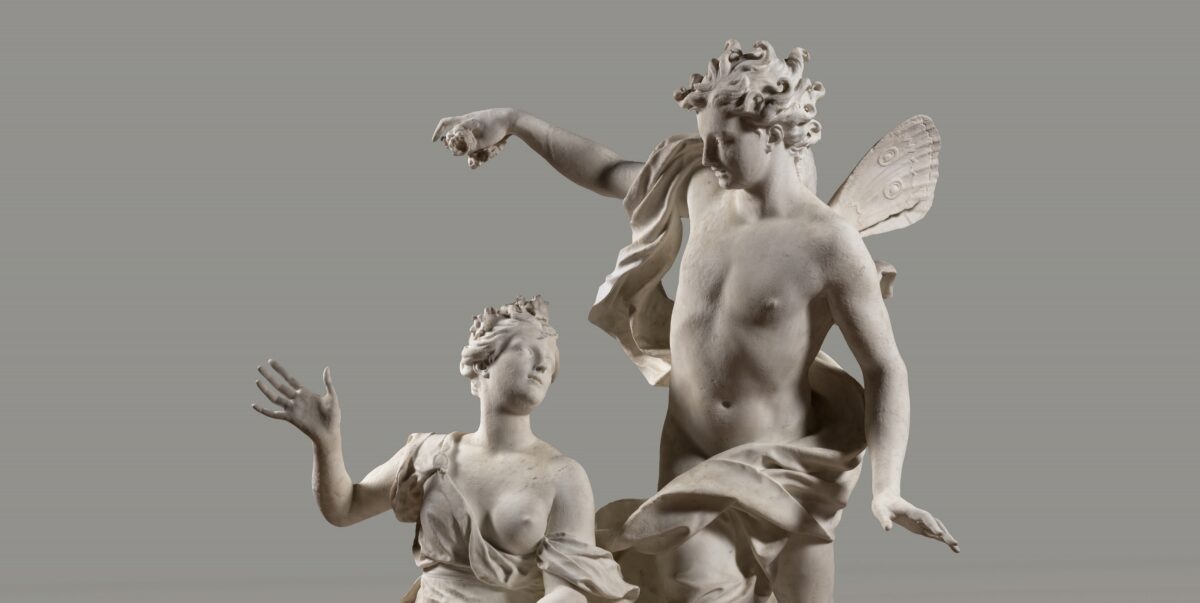 The Return of Spring and 2 Versailles Masterpieces

Spring is near. “Spring it is that clothes the glades and forests with leaves … and the meadows ungirdle to Zephyrus’s (the West Wind’s) balmy breeze; the tender moisture avails for all,” wrote Virgil in his “Georgics.”

The Palace of Versailles couldn’t have picked a more apt time to exhibit one of the last masterpieces that the Sun King, Louis XIV, commissioned, which is now back at Versailles, for the sculpture “Zephyr, Flora, and Love” represents spring itself.

Carved in marble, the handsome winged youth Zephyrus, god of the west winds, gracefully descends from the heavens to greet his wife, Flora. Both are in the presence of “Love,” who appears at the bottom of the sculptural group as a young boy perhaps showing the purity of love.

Ovid described how Zephyrus first saw the nymph Flora in Elysium and named her his bride. Ovid wrote as if he were Flora: “I have no complaints about my marriage. I enjoy perpetual spring: the year always shines, trees are leafing, the soild always fodders. I have a fruitful garden in my dowered fields, fanned by breezes, fed by limpid fountains. My husband filled it with well-bred flowers, saying: ‘Have jurisdiction of the flower, goddess.’”

Not since the 18th century has “Zephyr, Flora, and Love,” by Philippe Bertrand, René Frémin, and Jacques Bousseau been displayed at Versailles. The sculpture, along with another marble piece titled “Abundance,” by Lambert-Sigisbert Adam, had been in private hands and their whereabouts were only confirmed in 2018. Both were in the Embassy of the Republic of Angola in Paris. The African country donated both works to Versailles so they can be enjoyed at the National Museum of the Palace of Versailles and the Trianon once again.

The sculptures can be seen in “The Recovered Masterpieces” exhibition at The Palace of Versailles until June 5. To find out more, visit ChateauVersailles.fr