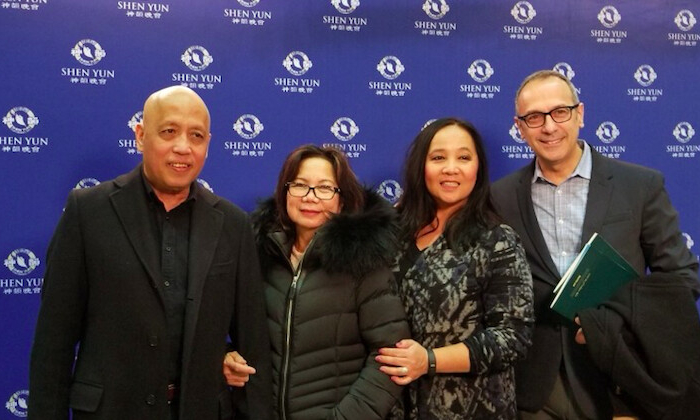 MISSISSAUGA, Canada—The Renaissance period may have come to an official close in the 17th century, but theatergoers felt a revival of the arts on Jan. 8, 2020 at the Living Arts Centre.

“We [Italians] have a multitude of traditions. Some of them seem to be lost in current culture but we hold true to some of them and it’s inspirational to see that in the production today, some of the old culture showing through. It’s nice to see,” said Joseph Palermo, a banking director for RBC.

Shen Yun truly is spearheading a modern-day renaissance of authentic Chinese culture. Based in New York, Shen Yun has dispatched seven touring companies to the world’s top venues this year where their unequivocal brand of classical Chinese dance, bel canto singing, live orchestral compositions, and more, impress and inspire such tastemakers as Cate Blanchet, Donna Karan, and others.

Like the artists of the previous Renaissance in Italy who revived ancient Greek arts, Shen Yun artists draw wisdom and inspiration from ancient Chinese culture but are taking their art forms farther than their ancestors could have imagined.

One example of this is the sound of the live orchestra, which is a rich, sonorous Western-style of orchestration, punctuated with distinctly Chinese instruments and melodies—an expert balance of East and West that feels familiar yet exciting to long-time symphony-goers.

Palermo thought this original sound was fantastic, as was all of Shen Yun’s Eastern and Western elements.

“It’s amazing. I think it was fantastic because [the show] was oriented for both English and Chinese [speakers]. I just loved the mix between East and West cultures coming together. In the music, you could hear, the orchestra … both instruments that are East and Western instruments. And the storytelling in both languages is fantastic,” Palermo said.

“It was great to see. I think it was a learning experience for me, so I enjoyed it. It came through in the music and also in the dancing, you can see the spirituality in it. I really enjoyed it,” he said.

Palermo recommends Shen Yun to anyone thinking about going.

“Absolutely, it’s a great show. I saw it on the commercials but it’s so much nicer, so much better in person.”