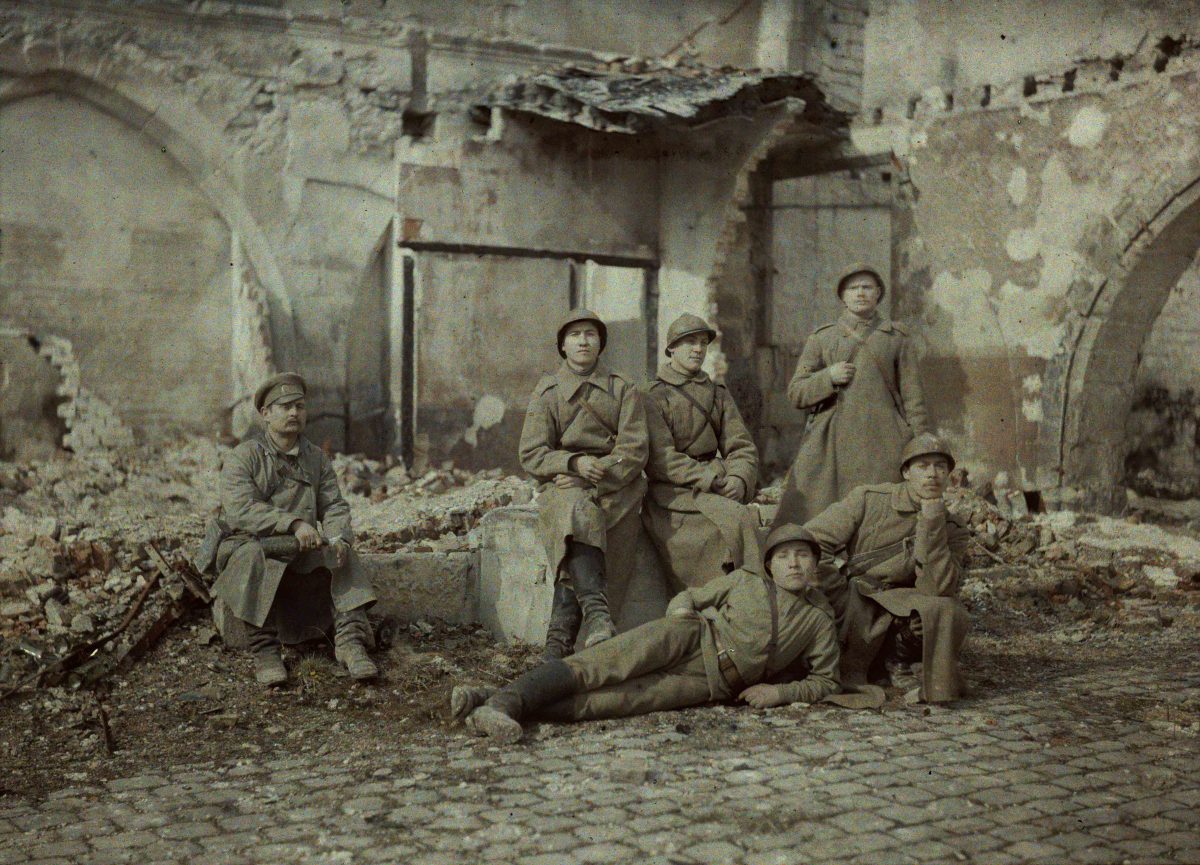 The ‘Persuasive Power’ of Photography in WW1

From the earliest days of photography, its use on the battlefield as a documentary tool was well-appreciated by the military. Matthew Brady’s photos of the American Civil War are but one well-known example of this. However, during the First World War, the medium of photography obtained important new tactical and strategic levels. Propaganda could be generated by the Allied command to look “really true.” Soldiers’ families, of course, wanted pictures of their loved ones.

“The Great War: The Persuasive Power of Photography” at the National Gallery of Canada is a large exhibition presenting a remarkable range of photographs, including panoramas and stereoscopic views of the military on parade, as well as aerial surveys of battlefields and ruined towns.

Ground-level documentary work both in the field and from behind the lines is well represented, be it the “official war photograph” or serendipitous images from the family album, such as the 1914 staged photos of children at play as little soldiers and military aviators.

Two studio photographs impart some measure of the Great War’s cost. In one set scene, attentive men in uniform are seated in sharp rows. These are the men of “127 Battalion CEF at Toronto, July 1916.” They are departing for war. The photo was done by Blakemore Studios, Toronto.

Seven months later, something else can be seen in the faces and posture of those returned from war. A gelatin silver print by an anonymous photographer dated Feb. 12, 1917, is titled only “Veterans Returned from the Front at the Discharge Depot, Quebec, PQ.”

The men and their units are not identified. The group is unkempt, distracted. Some lack jackets, others are missing suspenders, hats, perhaps even boots. What did they leave behind? A bloodied earth. What did they bring home with them? New ailments called “trench fever” and “shell shock.”

“Airship over the Western Front,” a silent film made in 1919, is shown in the exhibition in a continuous loop. It is an aerial survey of ruined landscapes, burnt forests, and crushed villages. During the war, dirigibles and balloons were used to track troop movements, too.

We are familiar with scenes of empty battlefields and photographs of memorialized rows of cross-marked graves. The National Gallery’s exhibition, however, also includes a sample of British propaganda leaflets. One set of leaflets dropped by balloon over Germany includes photos of German prisoners, purportedly happy and safe in England. They are eating well, too. Was this propaganda believable?

Who were the troops that fought in WW1? Were all willing volunteers from every country?

Also on display is “The Pictorial History of the Negro in the Great World War 1917-1919” published in New York in 1919 by the Toussaint Pictorial Company. The curators describe the book as a “startling frank indictment” of the use of African troops by colonial governments. The publisher’s name also suggests the point of view therein: Toussaint L’Ouverture (1743-1803) was the great Haitian liberator.

Maureen Korp PhD is an independent scholar, curator, and writer who lives in Ottawa. Author of many publications, she has lectured in Asia, Europe, and North America on the histories of art and religions. Email: miki.korp@gmail.com