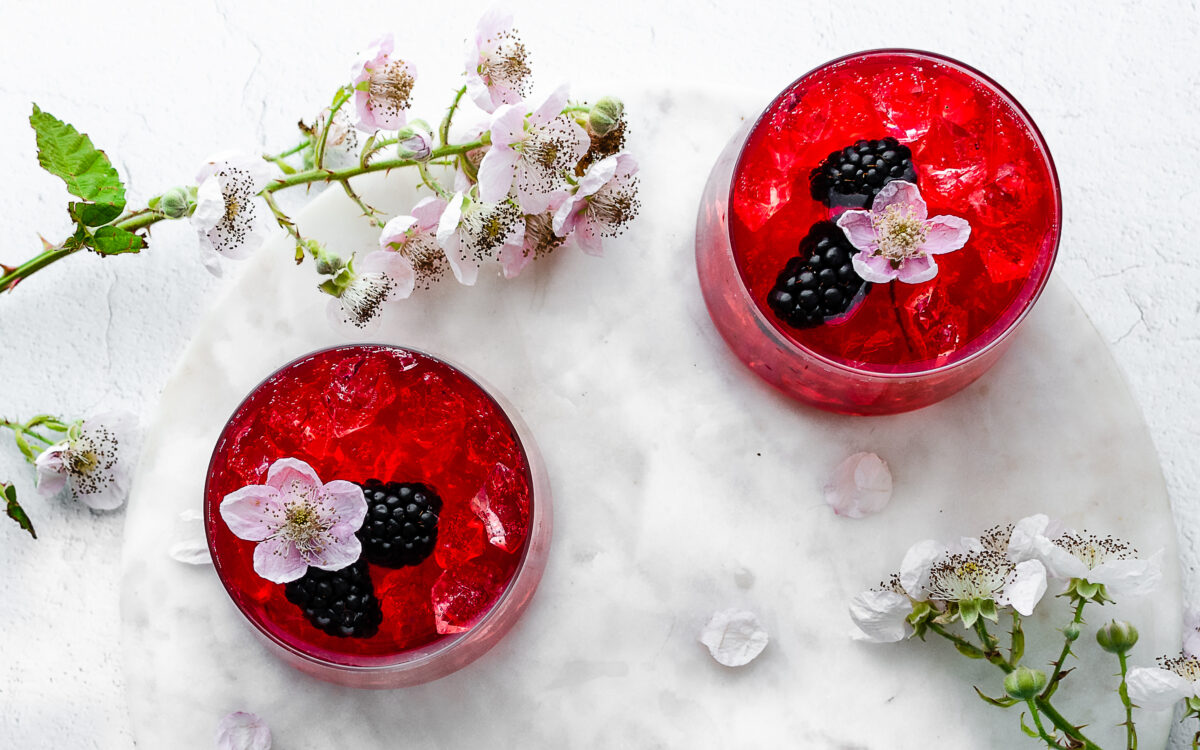 Refresh and Restore With the Original American Energy Drink

When Benjamin Morrell dedicated his memoir to the Secretary of the United States Navy, he made a curious recommendation. The early 19th-century captain recommended that all long-voyage ships be provisioned with plenty of molasses and vinegar. Captain Morrell, though reputedly a teller of tall tales, certainly knew how to provision ships for success. His travels took him from Antarctica, all through the South Seas, up and down the Pacific, and to the West African coast, and he took the care and keeping of his men seriously.

Molasses and vinegar, combined with ginger and water, make switchel—a sort of sweet-sour drinking vinegar that the Captain lauded for its beneficial effects on maintaining his sailors’ health. The drink was thought to keep scurvy at bay (it doesn’t), help make questionable water safer to drink (it doesn’t), ease digestive complaints (possibly), and give hard-working men energy (certainly).

While it’s unlikely that the Secretary of the Navy acted specifically on the captain’s advice, we do know that the Navy did, indeed, stock its ships with plenty of molasses and vinegar for switchel. A ship preparing for 6 months at sea was typically stocked with nearly 900 gallons of each. Flavored with ginger and typically mixed with water, or sometimes rum, switchel provided a mineral-rich drink that, while short of purifying stale water, certainly would have made it more palatable.

Sailors weren’t the only ones to know the value of switchel. The drink was popular among farmers, too. Its ability to slake the thirst after a day of heavy labor in the hot sun gave it the moniker “haymaker’s water.” You might consider switchel America’s first sports drink, given how effective it was at energizing and rehydrating the body.

Made the old-fashioned way by mixing vinegar, blackstrap molasses, powdered ginger, and a pinch of salt with water, the drink provides an excellent replacement for minerals lost to sweat and hard labor. A typical serving contains about as many calories as a similar amount of Gatorade, but strikingly more electrolytes and vitamins:  about 30 percent of the daily value for magnesium, manganese, and copper, as well as 20 percent of the daily value for calcium, and 10 percent each for iron and potassium. It also contains small amounts of sodium, zinc, selenium, and phosphorus. These minerals, specifically potassium, magnesium, calcium, and sodium, help ensure your body is properly hydrated, and funnel nutrients to your cells.

In addition to its plentiful electrolytes, switchel is also a rich source of vitamin B6. This nutrient is important for energy and metabolism, and is often found as an added ingredient in energy drinks for that reason. It also plays an important role in supporting the central nervous system. Like modern-day energy drinks, switchel contains sugars that help provide quick-burning fuel, especially when energy is worn down from heavy labor.

The inclusion of ginger not only flavored the drink, but also was thought to bring medicinal benefits. Ginger has long been considered an effective herb for easing indigestion, nausea, and other digestive discomforts. Its fiery flavor was also thought to encourage sweating, which acted to cool the body.

In early America, molasses was the sweetener of choice. While white sugar was relatively rare and expensive, molasses was cheap and accessible. It lasted in the pantry forever, where it flavored breads, sweetened custards, and even found its way into home remedies for cuts, bruises, and digestive complaints. It was such a staple that you could find it in nearly every home kitchen, along with homemade cider vinegar and powdered ginger. Naturally, the oldest recipes for switchel use these three ingredients, with most calling for equal portions of vinegar and molasses, and others calling for only enough vinegar to flavor the drink.

With rising interest in old-fashioned culinary techniques, mixology, and fermented beverages, switchel’s enjoying a bit of a revival. While newer recipes keep the spirit of the original with their inclusion of both cider vinegar and ginger, you’ll find some key differences, too. Molasses rarely makes an appearance in the most recent recipes, which typically favor honey or maple syrup for their sweetener, offering a more familiar, and possibly more palatable, flavor for modern tastes. Most versions include fresh ginger, which you can now find at nearly every grocery store, in place of powdered, and many also include the unorthodox additions of fresh fruits and herbs.

Whether you try your hand at making an old-fashioned, traditional ginger switchel with its bracing acidity and bittersweet molasses, or try a more modern take, you’re sure to find an easy, energizing drink that cools you down on the hottest of summer afternoons.

With a pleasant, mild sweetness and a bright, acidic kick, this old-fashioned energy drink is perfect on a hot summer day. Its plentiful minerals help replenish lost electrolytes, while a good dose of B vitamins can help boost your energy. Try mixing it with a little sparkling water for a pleasant afternoon drink reminiscent of ginger ale.

Whisk the molasses, vinegar, ginger, and sea salt into the water.

Refrigerate, and shake thoroughly before serving. Store in the fridge for up to 5 days.

This riff on old-fashioned switchel uses fresh ginger instead of powdered, and it includes plenty of blackberries, which give the drink a gorgeous pink color and a vibrant, summery flavor. Serve it over ice with a sprig of mint.

Add all the ingredients to a saucepan and bring to a boil over medium-high heat. Turn down the heat to medium-low and simmer for about 15 minutes. Mash the softened berries into the liquid, and continue simmering for another 5 minutes.