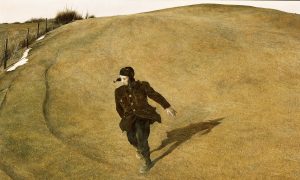 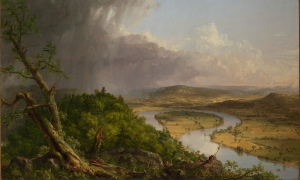 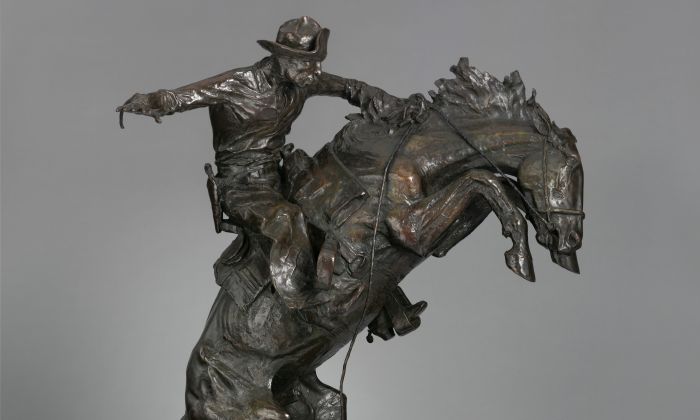 The Old West in ‘The Broncho Buster’ by Frederic Remington

Through his writing, illustrations, paintings, and sculptures, Frederic Remington (1861–1909) reminds us of the Old West. His art reflects life at the frontier so vividly that many people assume he was a Westerner—an impression that his publisher, Harper’s Weekly, happily embellished. But Remington was an Easterner, a born and bred New Yorker.

Remington may now be more known for his sculptures than his famous paintings, yet he never intended to be a sculptor. According to the Remington Museum, he was quite content as a painter. But after playwright Augustus Thomas saw how easily the artist could reposition his figures in a composition, he said Remington had “the sculptor’s degree of vision,” and this comment inspired Remington. Remington’s friend, the sculptor Frederick Ruckstull, further encouraged him with a supply of materials, and so Remington began to sculpt.

Of his 22 bronzes, “The Broncho Buster” was the first and is believed to be based on his famous illustration “A Pitching Broncho,” published in Harper’s Weekly on April 30, 1892.

The magic of Remington’s work is that he creates a rare experience for the viewer. In “A Pitching Broncho,” he cleverly composes the scene to create a tangible tension between the cowboy and horse, a tension only known by those who have sat in the saddle, or as Remington wrote:

“Only those who have ridden a broncho the first time it was saddled, or have lived through a railroad accident, can form any conception of the solemnity of such experiences. Few Eastern people appreciate the sky-rocket bounds, grunts, and stiff-legged striking.”

Remington was then able to successfully transfer that dynamism and tension into 3D. He took 10 months to make the model in clay due to the complex composition of the rearing horse, which was a feat to render without it toppling. “The Broncho Buster” bronze was finally cast in 1895, at the Henry-Bonnard Bronze Company in New York.

That very first bronze design became Remington’s most famous, and it endures to this day as an emblem of the Old West, as does all his work. This sentiment was echoed by Theodore Roosevelt in October 1907: “The soldier, the cowboy and rancher, the Indian … will live in his pictures and bronzes, I verily believe, all time.”

Roosevelt himself owned a copy of “The Broncho Buster” after the Rough Riders presented him with a bronze in 1898 when they returned from battle. Remington said it was “the greatest compliment I ever had.”

An original cast of the piece is in the Oval Office, presented as a gift to the Carter administration.