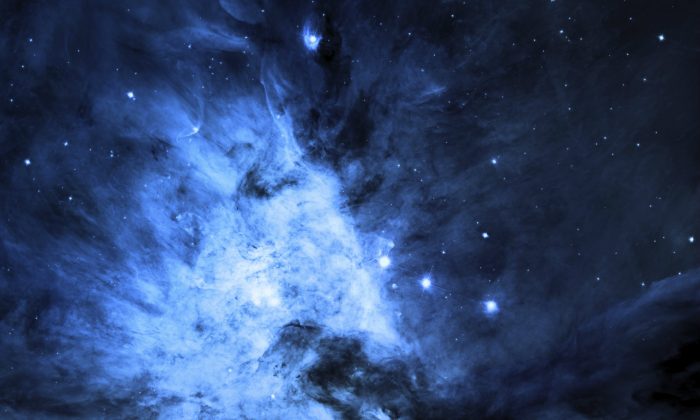 A representation of outer space. (Aphelleon/iStock)
Beyond Science

The Multiverse Is Located in an Abandoned Scottish Coal Mine

The universe as we know it—stretching about 93 billion light years across—has been squeezed into a 55-acre lot in the Scottish countryside.

Land artist Charles Jencks transformed an old opencast coal mine in southern Scotland into the universe—galaxies, blackholes, star clusters, and all. The 1-million-pound ($1.42-million) commission came from the Duke of Buccleuch in 2005.

In the so-called Crawick Multiverse, towering mounds of Earth represent the spiral galaxies of Andromeda and our Milky Way. These galaxies are moving toward each other right now and are expected to meet in some 4 billion years.

“The galaxy mounds represent this ‘cosmic ballet’ of the two galaxies coming together and stripping one another into long lines of stars and planets,” the Crawick Multiverse website reads.

“We have to interpret the things that are out of scale in a smaller scale,” Jencks said in a video produced by the Garden Museum.

We have to interpret the things that are out of scale in a smaller scale.
— Charles Jencks, Creator of the Crawick Multiverse

The website describes the multiverse: “The Multiverse is a corkscrew path constructed mostly from mudstone composed of black and white layers. It represents the whole ensemble of universes, and the stones are carved with lines representing the different types of universe and their different fates.”