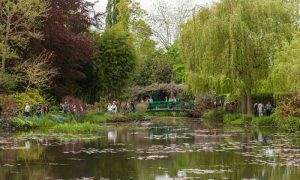 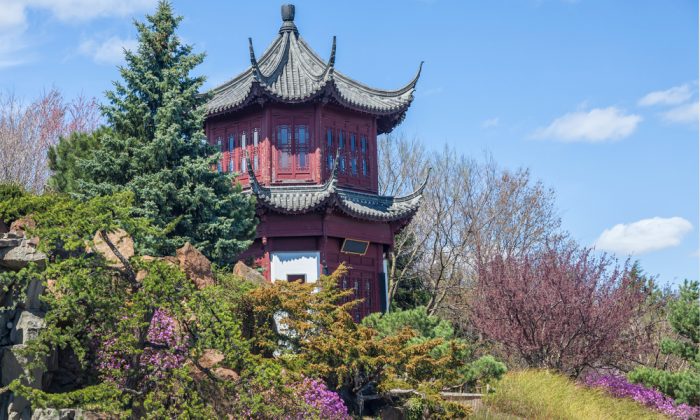 With as city as cosmopolitan and multi-cultural as Montreal, it should come as no surprise that the city is home to an enormous botanical garden that features plants and flowers from all around the world. Even if you’re only visiting the city for a few days, take a few hours to step out of the bustling urban life, and spend some time enjoying the gorgeous scenery and tranquil environment offered up by the world-renowned Montreal Botanical Garden.

Designated a Natural Historic Site of Canada in 1998, the Montreal Botanical Garden is one of the most important botanical gardens in the world, in large part because of its extensive collection of flora. The garden is home to a greenhouse that houses plants from around the world, and a number of outdoor gardens. Founded in 1931, the Montreal Botanical Garden is also home to a botanical research institution, and focuses on the conservation of endangered plants.

Its exotic gardens include the Chinese Garden (the biggest Chinese garden in the world outside of China), the Japanese Garden (home to a large koi pond), the First Nations Garden (populated with many native Canadian plants, as well as several totem poles), and the Alpine Garden (featuring winding paths over a rocky outcrop). There are collections for orchids, cacti, bonsai, lilacs, and many more varieties of flowers. The Montreal Botanical Garden is also home to local wildlife, such as squirrels, ducks, turtles, and herons, making it a prime location f
or bird-watching in the city.

Throughout the year, the gardens host a variety of special activities and events. From September to November 2013, visitors can catch the spectacular “Gardens of Light”. During this exhibit, the gorgeous Japanese gardens are enhanced with a beautiful lighting design, and the Chinese gardens is decorated the stunning traditional lanterns. The International Mosaiculture is another popular event, featuring dozens of striking plant sculptures created by horticulturist-artists from around the world.

Exploring Canada From Coast to Coast

Childrem and adults alike will get a real thrill out of the Halloween activities at the Botanical Garden, which include hundreds of fantastically-sculpted and beautifully decorated pumpkins. Starting in December 2013 and running until mid-April, 2014, the gardens will also carry out 1000 Days for the Planet/Base Camp, an adventure opportunity that allows visitors to explore the planet’s biodiversity, and meet researchers who are working to solve some current environmental problems.

The Montreal Botanical Gardens are located in the east end of the city, right near the Olympic Stadium. The nearest metro station is Pie-IX. Adult admission to the gardens is $25.00, and there are discounts for students and seniors. Admission also includes access to the Montreal Insectarium. There are also packages available that provide visitors with admission to the Montreal Biodome, the Olympic Park, and the Planetarium. Tickets can be purchased online or on site. The opening hours to the Botanical Garden can vary depending on the current exhibits, so it’s always a good idea to check first. Generally, the gardens are closed on Mondays, and are open from 9am to 5pm during the rest of the week. (Later hours apply to special events). The gardens are open year round, though you can expect to find snow covering much of the outdoor exhibits between late November and mid-March.

This article was written by Marianne B. originally published on www.etravelblog.com. Read the original here.

*Image of Chinese Garden in the Montreal Botanical Garden, Montreal via Shutterstock