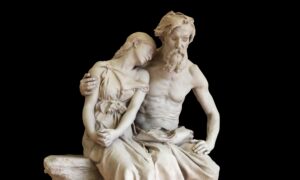 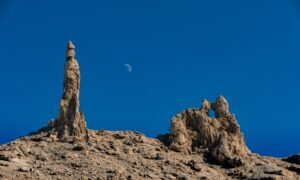 What the Story of Lot's Wife Can Tell Us: Don't Look Back!
0 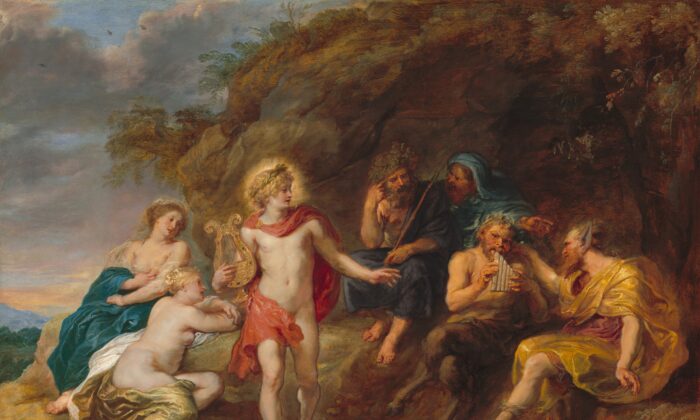 Things did not turn out well for Midas. Apollo in a red cloak, the god of music, gestures to Midas, the king of Phyrigia. Midas, with donkey's ears, in “The Judgment of Midas,”circa 1640, by Jan van den Hoecke. Corcoran Collection (William A. Clark Collection). (Public Domain)
Traditional Culture

The Midas Touch and We in the West

There is no doubt about this. It is very clear. And so for contemporary philosophers (and past ones too) to pretend otherwise is a form of deceit, which is itself chaos-inducing and thus evil. As Theodore Dalrymple expressed it, “I suspect that intellectual error is at the root of most evil.”

Of course, one of the considerable powers of evil is its ability mimic good; one favorite old-fashioned word for this is “hypocrisy,” and nowadays it might be “virtue signaling.” The point is, whereas the myths make clear the distinction between order and chaos, good and evil, we find in our everyday lives that sometimes it is more difficult to distinguish between them. That said, relativism (Who says what’s good and what’s bad? It all depends on your viewpoint!) is simply confusion or stupidity or, in both cases, chaos writ large.

Before considering one specific and famous myth, we must, however, correct the idea that we are suggesting that all disorder is bad. In fact, we cannot make progress without some disruptive forces. Zeus certainly stood for order and the cosmos, as did his three most shining children: Athena, Apollo, and Hermes. We recall, too, that Dionysus was the son of Zeus, and along with Dionysus were a host of other godlike beings, Pan and Silenus for example, devoted to disruption and orgiastic rites. But this (and their) disruption was entirely within the rules of Zeus’s cosmological game.

This kind of disruption is quite different from the Titans, the Giants, and Typhon who threatened to overturn the universe itself and return everything to a state of dog-eat-dog and cannibalism, for Cronus ate his own children.

Thus, we come to our myth for today: the story of Midas and the Midas Touch. This is a well-known and charming myth, almost harmless in its fairy story qualities. But as Luc Ferry pointed out in his book “The Wisdom of the Myths,” the story of Midas is often regarded as being “without much import or significance.” Nothing could be further from the truth.

King Midas recognizes the prisoner brought before him as Silenus, the rather ugly and dissipated god who was the stepfather of Dionysus. Midas sees an opportunity here: Not only does he release him, but he also honors him by feasting and drinking in his honor for 10 days and nights! When Dionysus learns of this, he is extremely grateful and offers Midas an incredible gift, namely, anything he would like to have. This open-ended offer is immediately abused by Midas, who thus reveals his hubris. Without hesitation he replies, “Pray grant that all I touch be turned into gold.”

And we all know what happens now: Everything he touches does indeed become gold—everything. The myth, at this point, should perhaps remind us of the last myth I covered here, the myth of Medusa. In her case, her look turned living and organic matter to stone, literally petrifying it. Now we have the touch turning everything to gold.

The folly of hubris in the case of Midas is that his request is out of all proportion to the benefit he had delivered to Dionysus. It’s as if (if we think about it) one had given somebody else’s child a helpful lift home from school, and the grateful parent said, “Thank you so much, what can I do for you?” and the person replied, “Buy me a 14-bedroom country mansion.”

In a way, by being so generous to Silenus, Midas had set out to trick Dionysus into a generosity that he would exploit. But tricking a god is tricky, if not downright dangerous.

There is, then, hubris in the request itself, which is out of all proportion to the actions of Midas in the first place and so incurs the censure of violating Apollo’s maxim of the golden mean, or “not too much.” It is also hubristic in its essential nature, since like Medusa’s turning all to stone, we now have a being who can turn all things to gold.

Fortunately, perhaps because Midas is a true devotee of Dionysus (he fares much worse later when he crosses the god Apollo and is given ass’s ears for his pains), and because Dionysus himself is a disrupter, this hubris is only lightly punished. When Midas discovers he can no longer eat or drink because everything he touches turns to gold, he pleads with Dionysus to remove the “gift,” which Dionysus does. Midas must go and wash in the river Pactolus, and there he is freed from the curse.

But what has this to do with the modern world and the West especially?

What Happens When We Give Away Money?

Bill Bonner observed: “Try an experiment at home. Tell your teenager he will get $5,000 a month for the rest of his life, and a life time supply of marijuana. See how that stimulates him. Think he’ll study harder, work harder?” The idea of having money for nothing, and something for nothing, and riches without any real effort on our part, are what is now endemic to our thought patterns—though one could hardly call it thinking.

As of April 21, the U.S. Federal Reserve was buying about $41 billion in assets daily, says The World Resources Institute. Wow! That’s a lot of money. In the UK, more modestly, rates have already been slashed to the historic low of 0.1 percent by the Bank of England, and another 200 billion pounds (about $245 billion) of quantitative easing added, according to the Sheffield Political Economy Research Institute.

The nontechnical answer might be: It’s all coming from the Midas Touch! We are simply creating money by fiat! To be clear, nobody’s performance has improved; there has been no increase in productivity. On the contrary, in the UK alone some 25 percent of GDP was lost in two months, The Guardian says, and there has certainly been no uptick in most businesses’ earnings, or profits (except in a few, celebrated and exceptional cases).

It seems as if we are in a world where banks and governments can simply turn on the Midas Touch at will and make gold. Money has not been earned in any meaningful way.

Economists, of course, give contradictory advice about this situation. Some say we did it in the financial crisis in 2008, and that saved the day and all turned out nice again; others argue that the circumstances in 2008 were fundamentally different from the circumstances today. For example, in 2008 the banks were undercapitalized and so could absorb all the free money, which is not the case today, and so this is going to lead to a dreadful level of inflation that we have not experienced since at least the 1970s. Who’s right?

Well, the answer is not to turn to economists, for what do they really know? As Warren Buffett acidly commented, according to Reuters: “Any company who has an economist has one employee too many.” No, the answer is in the Midas myth.

Expecting Something for Nothing

When we understand the myth, we see what it is telling us: Expecting something for nothing leads to disaster. It is hubris against the Greek gods and the structure of the cosmos; similar ideas occur in various religions and mythologies throughout the world, including the Chinese “Tao Te Ching.” So it is that Midas, with all the money in the world—all that gold—potentially ends up starving or dying of thirst.

The creation of gold via magic leads to death. Imagine that! Here we are trying to save lives from COVID-19, and yet we are—through our intervention—creating a situation that may potentially destroy many more lives than we are saving!

And, of course, what we haven’t yet stated is that not only is Midas stupid and hubristic, but his most obvious vice is his avarice: his wanting more and more at the expense of the common good. One of the remarkably bad things about the COVID-19 lockdown is not just the fact that the wealthy have become significantly wealthier, but that ordinary people have been hoarding toilet paper, soap, and other types of hygiene products—their gold, as it were. Again, as Bill Bonner puts it, “A huge crisis—caused by fake money and fake thinking—is coming.”

But Midas doesn’t die. In this case, the god lets him off. But like Jesus telling the blind man to go and wash himself in the pool (John 9:7), Midas, who is also in a sense blind, too must wash himself. He must undergo a kind of baptism, a dying to the old life, a healing, and a being born anew. Can we do that?

Can we turn from the avarice, the free money, and embrace a new way of living? Midas did. But then sadly, he went back to his old ways. It didn’t end well for him, not well at all.