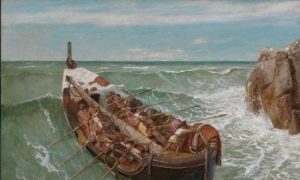 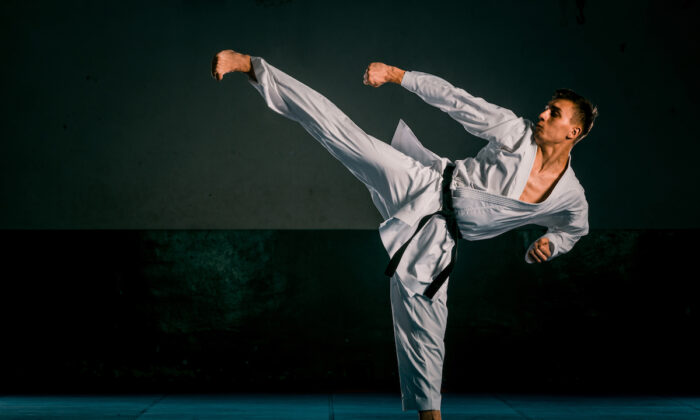 In personal combat there are three things that bring victory, and without these same three things, poems fail. (Gorgev/ Shutterstock)
Literature

The Making of a Poem: Courage, Strength, and Kung Fu

In June, I had the pleasure of visiting New York and, courtesy of The Society of Classical Poets, did a talk and a reading of poetry at Manhattan’s Princeton Club. What a delight it was, and a real joy to rub shoulders with some of New York’s finest, such as professor Joseph Salemi from New York University, a deep expert. While I think my talk on poetry was well-received, I suspect it also came as somewhat of a surprise, since I was arguing that we can learn a lot from Chinese martial arts about the nature of poetry. These two disciplines are not often associated together, although it was the renowned martial artist and Hollywood film star David Carradine, who once said, “If you cannot be a poet, be the poem”—surely a profound observation.

New York is quite integral to this story, as more than 20 years ago, when I was a much younger man, I studied Wing Chun (a type of Kung Fu made famous in the West by Bruce Lee) with fourth-dan black belt David Friskney, who proudly displayed in his dojo a photograph of his having, some years before, trained the New York police force on unarmed and street combat.

Friskney lived and breathed martial arts, and one of his favorite Chinese aphorisms from the Kung Fu masters was simply this: In personal combat, there are three “things” that bring victory. The more I thought of those three “things”—ingredients—the more I realized they applied to poetry, too. To write great poetry you had to have all three; to have only one or two would mean a poem that was impaired or limited; to have none of the three would be to not be writing poetry at all but pretending you were.

According to Chinese masters, the first and most important ingredient for victory is courage. This isn’t difficult to understand, for after all, we all admire courage when we see it, whether it be in a fight, a war, or something more mundane like standing up for oneself against, say, an office bully or an oppressive boss.

After courage, the fighter needs strength, and this seems obvious. In sports like boxing, one’s weight, which correlates with strength, is clearly demarcated so that gross and unfair mismatches do not occur; and clearly it is one reason why it is inadvisable for most women to fight most men, since men have on average a height and weight—and so strength—advantage.

Finally, and surprisingly, the third and least important ingredient for success is Kung Fu itself! This is surprising because most people attending martial art classes imagine that once they get the techniques they’ll be able to handle anyone. Not so; Friskney would say that you’d need an awful lot of Kung Fu to stop a 6-foot-6, 250-lbs. guy charging you, football style. You might get one chance to deliver one blow before you were overwhelmed and crushed. But such a blow would need to be precise and awesome, especially if you are only 5 feet tall and weigh only 125 lbs.

So let’s unpack this now in reverse order of importance. Kung Fu really means technique, and in martial arts, there are many within many sub-disciplines of the activity: boxing, wrestling, judo, aikido, tai chi, and so on. But this is also true in poetry. Here the techniques are the forms, structures, lineation, meters, and sound effects, which are vehicles to deliver the intent of the poet.

The lack of form—just to use one critical idea—means we have formlessness, or free verse. For free verse to be poetry is very difficult indeed, for what defines it as poetry? As Edgar Allan Poe said, “Poetry is the rhythmical creation of beauty in words.” How can formlessness be rhythmical? And as Stephen Fry put it, “… [Is] it not equally true that we need to escape from the dreary, self-indulgent, randomly lineated drivel that today passes for poetry …?”

However, there is also a misunderstanding, and that is that poetry is just and only form; this leads to wannabe poets focusing almost exclusively on forms, and this produces dead verse. Indeed, often it produces doggerel. It may be perfectly accomplished, not a missing beat in the meter, and not an imperfect rhyme to be found anywhere, but sadly, totally boring because monotonous. Something more is needed than just Kung Fu or technique.

The second ingredient—strength—is in poetry what I call its topics, themes, and the actual subject matter, which exemplify core beliefs and values. One critic estimated that more than 90 percent of great English language poetry was written in iambic meter, which is surely right since the iambic is the rhythm of the heartbeat.

It would also be true to state that some 90 percent of good and great poetry relies on one of four thematic or topical “strengths” of poetry: God (West) or the Tao (East) or ultimately the mystery of the cosmos; death, or the mystery of life; love or sex, and the mystery of relationships; humor, great satires, epic burlesques, nonsense poems, word play, and all the ironic mysteries of people and circumstances.

Of course, a great poet like Shakespeare covers all four strengths. However, we need to be aware that even perfect technique plus strong thematic preoccupations need not lead to great poetry. It might lead only to worthy verse or inflated grandiloquence. To illustrate this point, Charles Williams once compared an extract from Lord Macaulay’s “Lays of Ancient Rome”

“Round turned he, as not deigning
Those heathen ranks to see;
Naught spake he to Lars Porsena,
To Sextus naught spake he.”

with this short passage from the close of Book 5 of Milton’s “Paradise Lost”:

“So spake the Seraph Abdiel, faithful found;
Among the faithless faithful only he;
Among innumerable false unmoved,
Unshaken, unseduced, unterrified,
His loyalty he kept, his love, his zeal;
Nor number nor example with him wrought
To swerve from truth, or change his constant mind,
Though single. From amidst them forth he passed,
Long way through hostile scorn, which he sustained
Superior, nor of violence feared aught;
And with retorted scorn his back he turned
On those proud towers, to swift destruction doomed.”

They both are about bravery or courage. But in reading the first extract we think, “That’s good, how noble to behave like that”; but in reading the Milton we actually experience what courage is like—the poetry enacts it in us. Thus, Kung Fu (technique) plus strength (thematically) gets us to Lord Macaulay, but not to truly great poetry like Milton’s.

The missing ingredient, of course, is courage, the first constituent I mentioned—not writing about courage necessarily, as Milton has done, but the courage involved in the writing process itself.

And courage is the most important thing of all in a fight or combat situation. Courage involves among other things a mindset, an attitude, a will to win. But furthermore, the word courage comes from the Romance languages—“cour”—meaning “heart.”

Courage is from the heart and the heart traditionally has always been considered the seat of the human soul: The ancient Egyptians didn’t preserve the brains of the deceased, but the heart was a different matter altogether.

The muse of poetry is in the heart because there is the soul that the muse can speak to. Naturally an encounter with a goddess, such as the muse, always requires courage for mere mortals.

Coleridge expressed it this way in his poem Kubla Khan: “close your eyes in holy dread.” Yes, exactly, this is what all true poets experience, as the muse descends upon them, holy dread. Through the muse, we can say that the poet does not write poems, but poems are written through the poet.

What is needed is a dynamic tension between these trinity of forces: courage leading, strength sustaining, and technique, Kung Fu, enabling in the way I have explained.

But courage comes first. Technique without the muse is dead verse; themes without the muse lead to inflated grandiloquence; and a muse or courage without the discipline of theme or technique will tend to produce pure gush. The three, though, create a dynamic tension together that is capable of reaching the heights of a Milton or Dante or Shakespeare. That is what we need to aspire to once again in our modern times, and not to settle for less.

James Sale is an English businessman whose company, Motivational Maps Ltd., operates in 14 countries. He is the author of over 40 books on management and education from major international publishers including Macmillan, Pearson, and Routledge. As a poet, he won first prize in The Society of Classical Poets’ 2017 competition and recently spoke at the group’s first symposium held at New York’s Princeton Club.