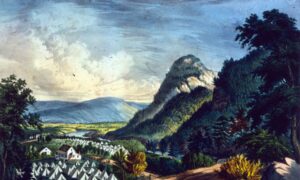 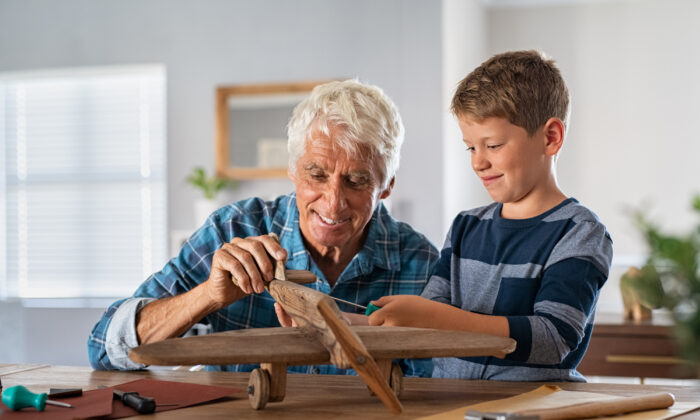 “Nobody can do for little children what grandparents do,” writer Alex Haley said. (Rido/Shutterstock)
Family & Home

The Joys and Pitfalls of Being a Grandparent

From that most prolific of authors, Unknown, we have this aphorism: “A grandparent is a little bit parent, a little bit teacher, and a little bit best friend.”

That amalgam of those three little bits into “grandparent” creates one of the greatest joys life can bestow on us. Being a grandparent is as different from being a parent as pepper from salt. Delight often replaces the worries we felt as parents, and an indulgence we would never have shown our sons and daughters flows like a river to the grandkids. The dad whose mother rarely treated him with candy in his boyhood watches gape-mouthed as she hands his daughter a Hershey’s candy bar.

Let’s take a look at these three roles of the grandparent.

Many grandparents act in absentia as parents when Mom and Dad are not available for the little ones. One grandmother I know cares for two toddlers a couple of days a week while her daughter and her son-in-law work. From talking with her, and with many other grandparents, she loves this time with the children. Unburdened by housework and other chores, she’s able to focus more on the children than their parents do, playing games with them or sitting on the porch while the kids run around the yard. Best of all—and most grandparents understand this feeling—she leaves at the end of the day, a bit exhausted, sure, but free of additional responsibility.

But there are some pitfalls with playing parent, which may be illustrated by an old joke: “Why do grandparents and grandchildren get along so well? Because they have a common enemy.”

That jest may bring a laugh, but it contains a hidden warning. Like many other grandparents, I’ve learned to withhold criticism of my children’s parenting methods unless asked for advice. If it seems to me that a granddaughter spends entirely too much time watching television or a young grandson looks as if he dressed himself in the dark, I’ve learned to check my criticism and bite my tongue.

A harsh rebuke of a grandchild can bring equally disastrous results. Reprimand your grandson for his table manners, and you may get a look from Mom that could turn water into ice.

If you’re over 60 years old, then odds are you are a walking encyclopedia of knowledge and experience. You’ve faced disasters and death, you’ve fought your way through the thickets and obstacles of life, and you’ve experienced your ups and downs. In other words, you’ve been around the block a few times.

Many grandparents have the time and opportunity to share this treasure house of proficiency with the younger set. They teach Johnny how to fish for trout, they entice him into the kitchen and share their recipes for gazpacho and omelets, they take him into the backyard, set up a cardboard box, and show him how to hit a target with his new Red Ryder BB gun.

During the school closures of the pandemic, many grandparents undoubtedly stepped up to the plate to help teach their grandchildren, supplementing the distance learning classes of the computer with instruction in math, history, and other subjects. They became formal teachers who bonded with their grandchildren because of their time spent together.

But it’s the wisdom passed along from generation to generation that is most important. As Robert Ruark wrote in “The Old Man and the Boy,” his homage to his grandfather, “The thing I like best about the Old Man is that he’s willing to talk about what he knows, and he never talks down to a kid, which is me, who wants to know things.”

Instead of “best friend,” I would prefer “confidant.” For various reasons, children often seek the advice of grandparents rather than siblings, friends from school, or their parents. They recognize the wisdom bestowed by many years, and they trust this person who held their hand as a toddler, taught them to ride a bike without training wheels, slipped them treats before supper, and guided them through the perplexities of seventh-grade English composition.

This role of mentor and adviser can bring grandparents their share of troubles, sadness, and tears. Whether it’s an 11-year-old crying over his school report card before showing it to Mom or a haggard, repentant 16-year-old confessing she joined in the bullying of a classmate online, the grandparent ends up bearing some of the burden of these moments of trauma.

And yet these confidences, however painful to witness, bestow honor on any grandparent privileged to serve in this capacity.

Family rifts sometimes separate grandparents from their grandchildren. Whatever happened, whoever instigated the break—the parents, the grandparents, or the grandkids themselves—this rupture often brings regret and sorrow to those cut off from the family.

I know several people caught in this sad situation. A woman whose daughter refuses to allow her to see her grandchildren, a troubled teen who despises his grandfather, grandfathers who, having long ago abandoned their children, now have no communication with their children’s children: These and other divides can be heartbreaking, especially for those desperate to repair and restore their relationships.

For those suffering daily from this agony, William Blake’s line from “The Divine Image” comes to mind: “Mercy, Pity, Peace, and Love.” Those are the four ingredients for which these suffering souls hope.

Keep in Touch, Literally When Possible

We can sprinkle fairy dust over all our grandchildren, little or not, with letters, phone calls, and emails. And if you’re one of the fortunate ones who are with your grandchildren right now, I urge you to stop whatever you’re doing and sprinkle some of that dust around the house. Give those grandkids a kiss on the head and an extra-special big hug, even that teenager who becomes stiff as a board when embraced.