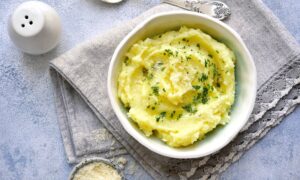 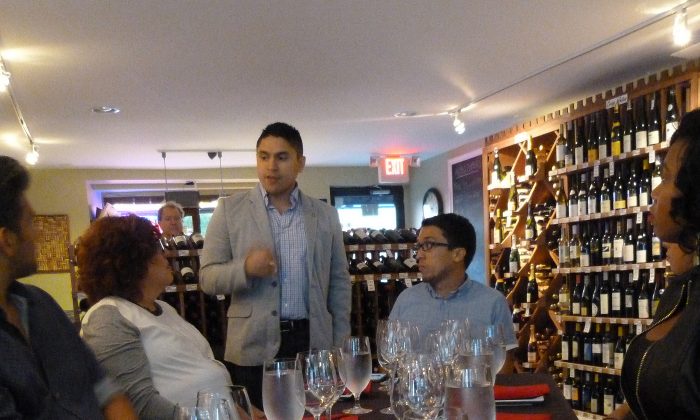 With a nod to the Mark Twain quip: Reports of Atlantic City’s death have been greatly exaggerated.

My wife Barbara and I recently visited Atlantic City, and though the crowds may be smaller compared to the crowds of 15 years ago, the town is certainly still around and high kicking!

Big plans are in place to re-brand the city away from a focus on gambling to a total entertainment venue with festivals, concerts, and family-friendly events. In the immortal words of Al Jolson in “The Jazz Singer”: “You ain’t seen nothing yet.”

We stayed at Caesars Atlantic City, one of the top hotel venues in a very attractive ocean view room. Caesars Entertainment has become the predominant hotel operator in Atlantic City, with Caesars, Bally’s, and Harrah’s hotels and casinos in its roster. The hotels also offer some of the better restaurants, with different or additional venues opening constantly including Guy Fieri’s Chophouse, Planet Hollywood’s Buca di Beppo and, soon to open, a Gordon Ramsay restaurant at Caesars.

With the exception of The Knife and Fork Inn, most of Atlantic City’s better restaurants have been located in casinos for the last 20 years. So, finding a high-end kitchen that provided exceptional food outside of a casino environment was quite unexpected.

The Iron Room is a small restaurant in the back of the Atlantic City Bottle Company near the bridge on Albany Avenue. It is billed as “Atlantic City’s First Speakeasy since Prohibition.”

The Atlantic City Bottle Company is a liquor and wine store run by Paul Tonacci, a very knowledgeable and passionate wine aficionado who understands very well the appeal of good wines and beers with good food, and the store is stocked accordingly. Actually, we found bottles on his shelves that I had not seen in any regular wine store in the tri-state area, except for perhaps such wine-world stalwarts as Astor Wines & Spirits, Sherry-Lehmann, or Acker, Merrall and Condit, in Manhattan.

Our dining in the Iron Room was actually set as a Chef’s Table in the store where shoppers in search of a good bottle of wine periodically came by.

Kevin Cronin, the top toque at the Iron Room is an exceptional chef de cuisine, and I would venture to say, eventually could become a Michelin-star candidate.

The first course was Charcoal Seared Belgian Endive, Romaine Hearts & Asparagus with Dijon & Toasted Herb Vinaigrette, Sumac, Croutons and Dates, and it was paired with Martin Nigl’s Gruner Veltliner Freiheit 2011. It was an exceptional starter and innovative variation on the salad theme.

The second course was Brioche French Toast Foie Gras, with Charred Peach Spiced Jam and Truffle Honey. The unique presentation could have been enhanced by removing one of the toast points to allow the foie gras more weight. As it was, the toast overwhelmed the delicate liver and heavenly peach jam.

However, it was delightfully paired with Julia’s Dazzle Pinot Grigio Rosé from Horse Heaven Hills in Washington State. The wine is actually a blend of Pinot Grigio and a small amount of Sangiovese for color. I have to admit that, because I like a good foie gras—and this was buttery and delicious—I did not pay as much attention to the wine as I should have.

I, of course, selected the hanger steak and was very happy with it, until Barbara offered me a piece of her tuna. The fish was moist, spicy and beautifully cooked and the wine pairing, though a bit unusual, was right on the money.

Dessert was a Flourless Chocolate Cake with Salted Caramel & Vanilla Cream. It was paired with Unionville Vineyards Vat #18 Port. That was the only pairing for which I had reservations about. I love a good Portuguese port and, unfortunately, the Unionville port was nowhere near the quality of a Portuguese vintage. Good for a NJ sweet wine, but not as good as a real port. The chocolate cake was well done, and the contrast of sweet and salty of the caramel was lovely.

And a great time was had by all!

Manos Angelakis is a well-known wine and food critic based in the New York City area. He has been certified as a Tuscan wine master, by the Tuscan Wine Masters Academy, as well as being an expert on Greek, Chilean, and Catalan wines. He judges numerous wine competitions each year and is the senior Food & Wine writer for LuxuryWeb Magazine, www.luxuryweb.com, and The Oenophile Blog, www.oenophileblog.com.