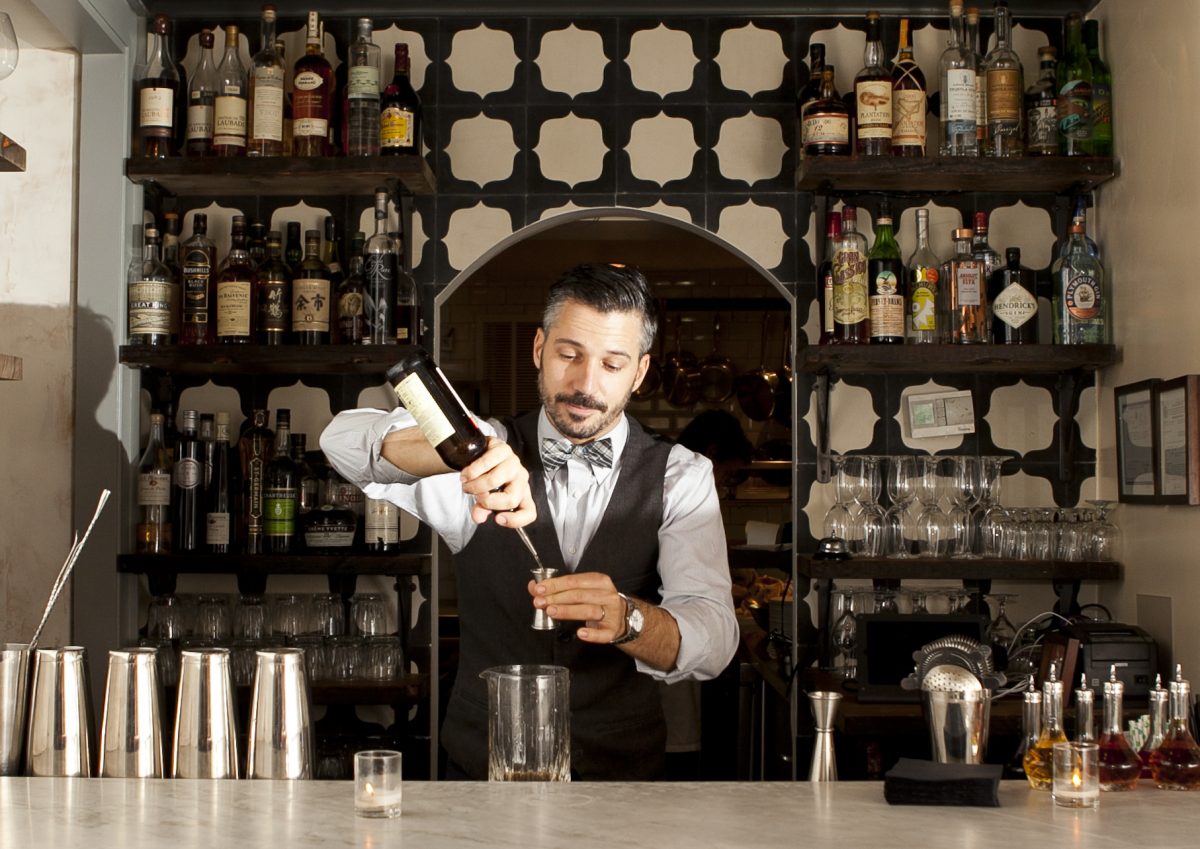 NEW YORK—Xavier Herit’s new cocktail bar and restaurant Wallflower, an elegant, chic spot that opened in the West Village on Oct. 22, is anything but a wallflower.

Several customers, whom Herit served during his seven-year tenure as head bartender at Daniel, traveled downtown expressly to have another one of his cocktails.

“It means a lot to see them, some of them I haven’t seen in a few years,” Herit said.

His new cocktail bar focuses on accessibility and elegance, which falls somewhere in between Daniel and Experimental Cocktail Club, where he worked before opening Wallflower.

The 500-square foot restaurant seats 45, and every detail of the space, no matter how minuscule, has been meticulously thought out.

To create a cozy, unpretentious ambiance, the tables are lower than restaurant tables but higher than lounge tables; chairs are smaller than most restaurant seats to make for more space. “We’re very respectful of people’s space here,” Herit said.

The rustic floor provides a nice contrast to the floral wallpaper.

Wallflower is the result of five years of planning. Herit envisions potential Wallflower offshoots in the future, a dream he has carried with him for years.

But for now, he will start small, as his focused cocktail menu shows, with eight simple yet highly popular cocktails that will change every season.

“Some people take two, three rounds in one sitting; the feedback is better than I ever expected,” he said.

Herit also brought over one of his favorite creations from Daniel’s, the V.I.C, a spicy jalapeño-infused mezcal ($15). “V.I.C. can stand for whatever you want it to stand for,” Herit said. “VI customer, VI cocktail, VI chef. There’s just too many VIPs so I named it VIC.”

A must-try is Herit’s fun cocktail, the Bartender’s Breakfast, which consists of Nutella mixed with ingredients like coconut milk, whole egg, and Spanish Brandy ($15).

Don’t wait to try these delicacies because, apart from a few select items, there will be a brand new menu in December, which Herit has already formed in his mind. Expect more complicated dark cocktails next season, with seasonal fruits such as pear.

“It’s been very exciting. I’m getting inspired by everything,” Herit said. “Even the popcorn in the movie theater makes me think of how to add caramel to my drinks.”