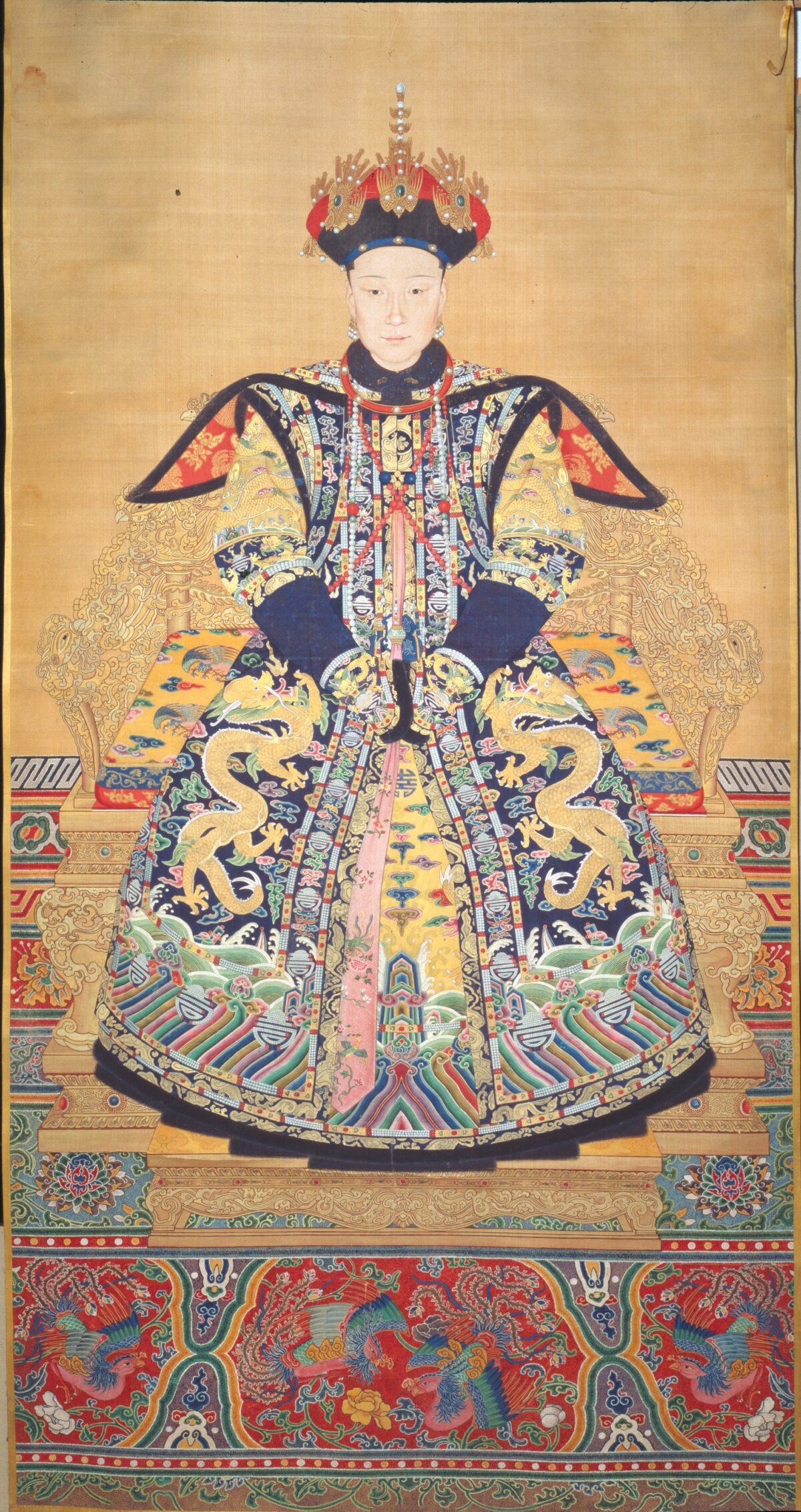 The Fashionably Powerful of the Qing Dynasty

Robert Browning’s poem, ‘Andrea Del Sarto,’ is written as a monologue from the eponymous Italian painter’s perspective—who critiques the inaccuracies of Michelangelo’s work. Del Sarto says the arm is too muscular and the wrong shape, but he’s nonetheless gripped by the passion of its subject (“Ay! But the soul!”). The poem conveys the idea that the key to truth lies not necessarily in technical accuracy, but in the ability of art to capture the spirit of the thing.

So it was for most of China’s art history. Pre-Qing dynasty artistic endeavors were concerned with capturing the spirit and nature of its subject. The art was at peace with the natural world from which it was composed and inspired. Rarely was it a technically proficient reproduction of its subject.

The Qing dynasty marked a turning point in Chinese history. For a very long time, the Chinese empire was uninterested in interactions with the outside world. The Qing emperors, who were part of an ethnic minority known as the Manchus, oversaw such international integration that some Qing subjects launched wars and rebellions in an attempt to reclaim the ‘Chinese’ nature of the homeland. Amid this turmoil, greater integration saw Western notions of technical accuracy reflected in China’s artwork. In turn, Chinese art, fashion, and culture reentered the global consciousness.

It’s likely for this reason that the vast majority of Western representations of Chinese fashion, such as in film, art, and literature, is fashioned from the Qing dynasty onward. The “qipao” imposes its mark, but the bright and heavy silken robes of the Qing Dynasty aristocracy are conspicuous signifiers of power—not simply because they were worn by those with power, but because of the social structures that dictate visibility across time and fashion.

It’s evident from their composition that satins and silks were the clothing of the imperial court, and not of the farmer or fisherman. But in a historical dualism between those remembered and those forgotten, it’s visibility to the record keepers that dictates memory. When foreign visitors came to China during the Qing dynasty, they would witness citizens don their finest garments to greet the royal court at daybreak. The fascinating colors, fine silk stitching, and—for the first time in China’s history—the technically accurate renderings thereon, spoke to the imaginations and taste of the time. The imperial court and the people in attendance, were, by their fashion, remarkable and worthy of history.

When citizens returned back home and stripped themselves of colored silk, opting instead for clothing that would allow them to engage meaningfully with their day, they became once again anonymous. Their fashion, their preferences, their hopes, and their dreams were forgotten by history. Despite the technical representational accuracy, the clothing of the Qing Dynasty which we remember didn’t accurately capture the lives of those who lived in that time. Instead, it captured the spirit of an imperial dynasty. Ultimately, that spirit may be, as Andrea Del Sarto says, “the truth,” and that’s all poetry and history care for.