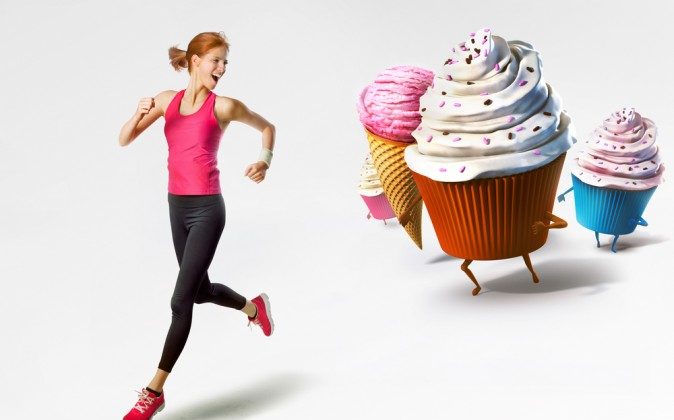 I believe many of our country’s chronic health problems would simply disappear if greater attention was paid to the root problem — the food you eat.

Americans’ reliance on processed foods is a major factor that drives the rampant disease increases in the US, such as diabetes. According to a new report from the American Diabetes Association, an estimated 22.3 million people were living with type 1 or type 2 diabetes in 2012, up from 17.5 million in 2007.

But why do Americans buy so much processed food and junky snacks? Well, first of all, junk foods are heavily promoted by the US government via agricultural subsidies for crops like corn and soy.

Add to that misleading yet highly effective marketing, and — the focus of this article — the addictive nature of junk food, which is a science in and of itself.

In order to protect your health, I advise spending 90 percent of your food budget on whole foods, and only 10 percent on processed foods. Most Americans currently do the opposite, and this will undoubtedly have an effect on your health, especially in the long term.

In the featured New York Times article, investigative reporter Michael Moss writes about the extraordinary science behind taste and junk food addiction, and how multinational food companies struggle to maintain their “stomach shares” in the face of mounting evidence that their foods are driving the health crisis.

In it, he mentions a 1999 meeting between 11 CEO’s in charge of America’s largest food companies, including Kraft, Nabisco, General Mills, Procter & Gamble, Coca-Cola, and Mars. He writes:

“James Behnke, a 55-year-old executive at Pillsbury… was anxious but also hopeful about the plan that he and a few other food-company executives had devised to engage the C.E.O.’s on America’s growing weight problem. ‘We were very concerned, and rightfully so, that obesity was becoming a major issue… [T]here was a lot of pressure on food companies.’

…[Behnke] was engaged in conversation with a group of food-science experts who were painting an increasingly grim picture of the public’s ability to cope with the industry’s formulations — from the body’s fragile controls on overeating to the hidden power of some processed foods to make people feel hungrier still. It was time, he and a handful of others felt, to warn the C.E.O.’s that their companies may have gone too far in creating and marketing products that posed the greatest health concerns.”

The Parallels Between Cigarettes and Junk Food

On that day in 1999, Michael Mudd, vice president of Kraft, did “the unthinkable” during his speech — he drew a connection between processed foods and cigarettes. We no longer condone cigarette ads for teens, having clearly established the health hazards associated with smoking, despite decades-long denials from the industry.

Yet we now blindly accept the same kind of misleading tactics being applied to junk food, even though the health ramifications rival, if not surpass, those of smoking. Mudd presented a plan to address the obesity problem, which would help defuse the criticism building against the food industry.

In my view, the criticism was, and still is, justifiable. As just one example, General Mills created Yoplait that same year (1999), which “transformed traditional unsweetened breakfast yogurt into a veritable dessert,” to use Moss’ own words. In fact, Yoplait yoghurt contained 100 percent more sugar per serving than the company’s Lucky Charms cereal! Yet everyone recognized yoghurt as a wholesome food, and sales of Yoplait soared.

Mudd proposed employing scientists “to gain a deeper understanding of what was driving Americans to overeat.” Once they knew that, products could then be reformulated; salt, sugar and fat use could be reined in, and advertising could be repositioned. The 1999 meeting didn’t go well. It effectively ended when Stephen Sanger, head of General Mills, allegedly stated he would not jeopardize the sanctity of the recipes that had made his products so successful in order to appease the critics.

Fast-forward a decade and we now have novel biotech flavor companies like Senomyx, which specializes in helping companies do what Mudd proposed — finding new flavors to reduce sugar and salt content in processed foods.

These “flavor enhancers” are created using secret, patented processes, and they do not need to be listed on the food label. The lack of labeling requirements is particularly troublesome and will most likely become an issue in the future. As of now, they simply fall under the generic category of artificial and/or natural flavors. What this means is that the product will appear to be much “healthier” than it might otherwise be, were a flavor enhancer not used. The question is, are chemical flavor enhancers safe? Or are food companies simply exchanging one harmful substance for another? That remains to be seen.

Canadian and American obesity statistics are now neck-to-neck, with about one-quarter to one third of adults in the obese category. A staggering two-thirds of Americans are overweight. This in turn drives skyrocketing diabetes rates. According to the latest report from the American Diabetes Association, an estimated 22.3 million people were living with type 1 or type 2 diabetes in 2012, up from 17.5 million in 2007. Last year 246,000 deaths were attributed to diabetes. The UK also recently released updated statistics, showing a record three million Britons are now diagnosed with diabetes, which equates to 4.6 percent of the British population. Another 850,000 Britons are believed to have undiagnosed Type 2 diabetes.

The total cost of diagnosed diabetes in the US last year was $245 billion, a whopping 41 percent increase from the $174 billion spent in 2007. Obesity also drives rising rates of heart disease, kidney failure, gout, and blindness, just to name a few associated health problems, all of which contribute to soaring health care costs.

So who or what is to blame? As it turns out, poor will power is NOT the heart of the matter.

According to Moss’ four-year long investigation, interviewing more than 300 people in or formerly employed by the processed-food industry, there’s a conscious effort on behalf of food manufacturers to get you hooked on foods that are convenient and inexpensive to make. I recommend reading the featured article in its entirety, as it offers a series of case studies that shed light on the extraordinary science and marketing tactics that make junk food so hard to resist.

Moss’ work also resulted in the book Salt Sugar Fat, in which he dissects the $1 trillion processed food industry. Sugar, salt and fat are the top three substances making processed foods so addictive. In a Time Magazine interview discussing his book, Moss says:

“One of the things that really surprised me was how concerted and targeted the effort is by food companies to hit the magical formulation. Take sugar for example. The optimum amount of sugar in a product became known as the ‘bliss point.’ Food inventors and scientists spend a huge amount of time formulating the perfect amount of sugar that will send us over the moon, and send products flying off the shelves. It is the process they’ve engineered that struck me as really stunning.

When it came to fat, it was the amazing role of what the industry calls the ‘mouth feel.’ That’s the warm, gooey taste of cheese, or the bite into a crisp fried chicken that you get. It rushes right to the same pleasure centers of the brain that sugar does…

When it comes to salt, what was really staggering to me is that the industry itself is totally hooked on salt. It is this miracle ingredient that solves all of their problems. There is the flavor burst to the salt itself, but it also serves as a preservative so foods can stay on the shelves for months. It also masks a lot of the off-notes in flavors that are inherent to processed foods.”

One of the guiding principles for the processed food industry is known as “sensory-specific satiety.” Moss describes this as “the tendency for big, distinct flavors to overwhelm your brain, which responds by depressing your desire to have more.” The greatest successes, whether beverages or foods, owe their “craveability” to complex formulas that pique your taste buds just enough, without overwhelming them, thereby overriding your brain’s inclination to say “enough.”

“Vanishing calorie density” is another term used to describe foods that melt in your mouth, which has the effect of making your brain think it doesn’t contain any calories. End result — you keep eating. Cheetos is one such example. In all, potato chips are among the most addictive junk foods on the market, containing all three bliss-inducing ingredients: sugar (from the potato), salt and fat. One 2011 study cited by Moss determined that the top contributors to Americans weight gain included red meat, processed meats, sugar-sweetened beverages, potatoes, and topping the list: potato chips.

“The coating of salt, the fat content that rewards the brain with instant feelings of pleasure, the sugar that exists not as an additive but in the starch of the potato itself — all of this combines to make it the perfect addictive food,” Moss writes.