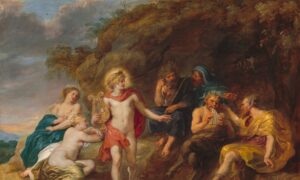 The Midas Touch and We in the West
0 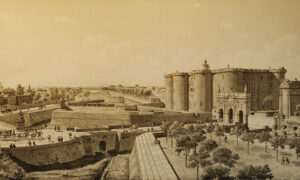 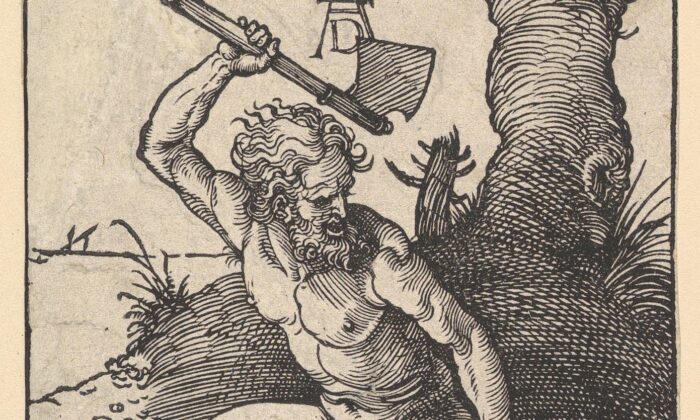 The end times of mankind is marked by violence and falsehoods. But which came first? A detail from “Cain Killing Abel,”1511, by Albrecht Dürer. Woodcut. Roger’s Fund, The Metropolitan Museum of Art. (Public Domain)"
Traditional Culture

The End Times and the Soul of Progressive Thought

In the Beginning: Spelling! Part 1
By James Sale
Print

We get so used to some paradigms that we forget to ever question them. Perhaps the one I find the most troublesome is the idea we have in the West of “progress”—or is that Progress with a capital P?

Progress has the underlying assumption that we can only get better, that things are constantly improving, and this particular false assumption riddles our political landscape. The very word “progress” gives rise to “progressive” parties with “progressive policies,” and these typically arrogate to themselves a certain virtue and self-righteousness, as if they—and they alone—represent that tide of history which is helping and advancing humanity. They are not like stuffy “conservatives” and such-like, with their antiquated, iniquitous, backward-looking, and selfish ideologies.

It would seem that no amount of history or actual experience can ever shift devotees of progress from this chronic mindset or belief paradigm.

The idea that we are making “progress” took a significant and fateful turn with the advent of the Enlightenment of the 18th century. The French soldier and science fiction author Michel Corday, though, let the cat out of the bag when he commented on World War I: “Every thought and event caused by the outbreak of war came as a bitter and mortal blow struck against the great conviction that was in my heart: the concept of permanent progress, of movement towards ever greater happiness. I had never believed that something like this [WWI] could happen.” Wow! The concept of “permanent progress”!

We recall in the UK that another great science fiction writer, H.G. Wells (of “War of the Worlds” and “Time Machine” fame), believed in progress. He spent his life advocating it, and yet when he died in 1946, just after World War II had ended, his last book, “Mind at the End of Its Tether,” ends in disillusion, pessimism, and the rather hopeless and unsubstantiated idea that we as a species might be replaced with some more advanced one. That’s Progress? As his verbal jousting partner and friend G.K. Chesterton more accurately observed: “Everything that merely progresses finally perishes.”

André Breton, poet, writer, anarchist, and one of the founders of surrealism—that specifically modernist movement—observed in that movement’s manifesto: “Experience … paces back and forth in a cage from which it is more and more difficult to make it emerge. It too leans for support on what is most immediately expedient, and it is protected by the sentinels of common sense. Under the pretense of civilization and progress, we have managed to banish from the mind everything that may rightly or wrongly be termed superstition, or fancy; forbidden is any kind of search for truth which is not in conformance with accepted practices.”

Strangely, then, we realize that even the modernists—in their brighter moments—see that something is profoundly wrong with our thinking and especially in how we view the past. Indeed, progress itself is now virtually the very “superstition” that its advent declared it was abolishing.

An Ancient Way of Seeing

One of the most striking things about the ancients is their near-universal testimony that things were better or superior at the beginning and that history reveals one long, slow decline. The ancient Egyptians, for example, believed in a time called “Zep Tepi” (or the “First Time” or Golden Era), a time of perfect harmony and planetary alignment.

So too, the ancient Greeks believed in a Golden Age when humans and gods did not conflict, and life was extraordinarily long and healthy. Sadly, the Golden Age gave way to the Silver and then the Bronze, till finally we reached their Iron Age where war, violence, and treachery are endemic: Life is nasty, brutish, and short.

Hindu mythology, too, posits four ages: Satya, Treta, Dvapara, and Kali. These represent huge stretches of time, and they are endlessly cyclical; but the thing is, the first age, Satya, is the age of pure truth and righteousness, and each subsequent age represents a diminution of that truth. Currently, we are in the Kali Age, which means that we are in the age where evil and dishonesty have replaced the truth and righteousness of the past.

We could produce many more examples, but finally, coming closer to home, Judaism and Christianity also share the story of human degeneration. It is not such a neat story as the “four ages” story, although levels of degeneration are very apparent in the Genesis narrative: The Fall in the Garden of Eden is quickly followed by the violence of Cain, but exceptional human longevity is retained more or less up until the Flood, which is evidently a considerable time after the Fall.

But if I were to characterize one of the primary differences between Golden Age humans and humans now—aside from the obvious violence—it would be their speech. Hindus specifically talk about truth, a way of speaking in which one says what one means (or otherwise, not lying, or what Jonathan Swift called “saying the thing that is not”). In a way, violence is not primary, or causal of our afflictions; it is symptomatic.

Let’s look at Cain’s story. But first remember that the Devil is the “father of lies” and that speaking falsely results from thinking falsely. False thinking—the kind that distorts moral choices—is often a thinking entirely divorced from the feelings of the heart.

The Root of Progressive Thought: Lying

We are all too familiar with this kind of false language since we have always been exposed to it. History is littered with famous examples of false, misleading, and lying speech. Sometimes we feel we have to tell “white lies” ourselves if we wish to preserve our relationships with those we deem important not to upset—a family member, for example. This is the opposite of what Confucian scholar Chu Hsi said: “Sincerity is the principle of reality. It is to be the same whether before men’s faces or behind their backs.”

Buddhism extends all this in its Noble Eightfold Path. The steps of this path are Right Understanding, Right Thought, Right Speech, Right Action, Right Livelihood, Right Effort, Right Mindfulness, and Right Concentration. Notice that wonderful flow: understanding … thought … speech … action. This works not only at an individual level but at a societal level too. If society is based on lying, and the encouragement of the lie, then dreadful consequences follow—if not immediately, then in time.

This is why George Orwell, despite being a socialist, was a kind of hero in that he relentlessly pursued truth and insisted on language doing so. He documented as well as foresaw what would happen once language strayed from truthfully reflecting the reality surrounding us. His essay “Politics and the English Language” is a forensic analysis of the problem; and his two great works of fiction, “Animal Farm” and “1984,” despite being fiction, demonstrate with uncanny precision the consequences of false language. His works are a supreme example of where fiction is more truthful than any political document of his time.

Before returning to the issue of the language of the Golden Age, we might note that we have this problem in the West now. We call it “fake news,” but it is, in its way, no different from the dissemination of propaganda under the Nazis and the Soviets of the 20th century. Fake news is propaganda, and it is designed to sow discord, uncertainty, and fear.

In this way, moderate opinion and democracy itself is unnerved, undermined, and ultimately defeated unless democratic and legitimate authorities act decisively to counter this onslaught on thought and thinking.

Of particular interest now is the resurgence of Marxist ideology that is disguised under “progressive” headings. Perhaps the most revealing comment on Marxism, communism, or Bolshevism that was ever made—certainly relevant to our topic of language and progress—was said by philosopher Leszek Kolakowski in his “The Main Currents of Marxism: Its Origins, Growth, and Dissolution.” He said, “Mendacity is the soul of Bolshevism.”

Mendacity—lying—is its soul! It’s the heart of it; and this is the exact opposite of the Golden Age, The Eightfold Path, Adam before the Fall, and more besides. Thus, the language of this ideology constantly stresses progress, but in reality it means the opposite. And this is why historians often agree with Professor Norman Davies, who says in his book “Europe: A History,” that “on the moral front, one has to note the extreme contrast between the material advancement of European civilization and the terrible regression in political and intellectual values.”

Given this, the intriguing question is: What was that lost language really like? Can we say more about it? We will look at this in Part 2 of this article.