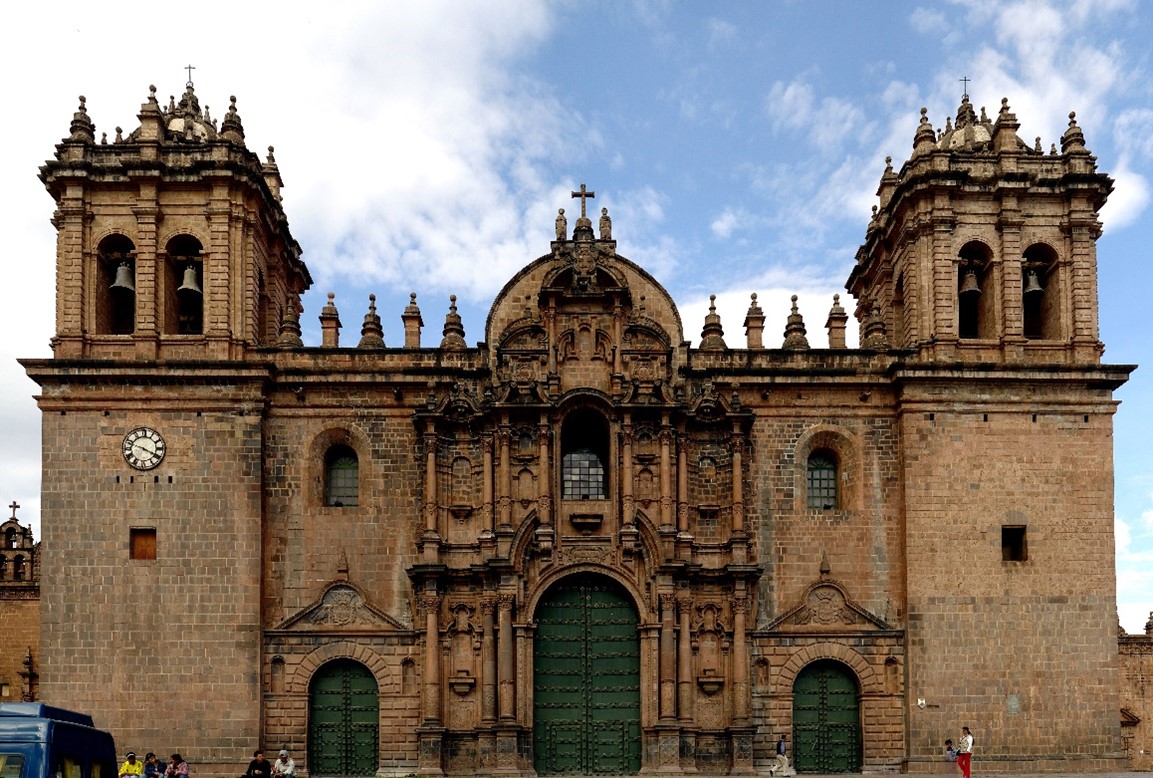 The impressive stonewall exterior of the Cusco Cathedral. Both towers feature bells influenced by the European Baroque style. The north tower is famous for supporting the 1659 “Maria Angola” iron bell, named after an enslaved Angolan woman who allegedly threw gold into the crucible as the bell was being cast. It is said that the bell can be heard from 20 miles away because of its heavy weight. Since the bell is now cracked, it only rings on special occasions. (Martin St-Amant/CC BY 3.0)
Arts & Tradition

The Cusco Cathedral: A Mystical Place Between Two Civilizations

Larger than life: Art that inspires us through the ages
BY Ariane Triebswetter TIMEAugust 20, 2022 PRINT

Cusco, Peru, the former capital of the mighty Incan empire, is filled with an abundance of archaeological sites from a previous culture and breathtaking views of the Peruvian Andes. Within this city is one of South America’s best-preserved colonial buildings: the Cusco Cathedral.

Built between 1560 and 1654, this impressive cathedral stood in place of an Incan palace named “Kiswarkancha,” which had served as the residence of former Cusco ruler, Viracocha, a century before the Spanish invasion. Spanish conquistadores took over the site and transformed it into a Catholic cathedral, formerly known as the Cathedral Basilica of the Assumption of the Virgin. Spanish architect Juan Miguel de Veramendi designed the cathedral in the shape of a Latin cross, with a three-aisle nave and only 14 pillars to support the roof. Its architectural style, Gothic-Renaissance with a touch of Baroque influence, was typical of 16th-century Spain.

Colonial and local artists both contributed to its unique interior design. Bright gold engravings contrast with the dark tones of the stone walls and columns—stone repurposed from the Sacsayhuamán, a nearby holy Incan structure. Statues, paintings, relics, and religious artifacts of both cultures are placed throughout the interior. The artistic legacy of both cultures is represented throughout by paintings from the Cusco school of art, which began with 16th-century Spanish settlers teaching Renaissance techniques to indigenous artists. Later, local artists added stone statues and engravings referring to Incan mythology, such as the carved jaguar head on the cathedral’s doors.

This blend of cultures connects Catholic tradition with local symbolism. It is a major site of colonial art and a hybrid of two civilizations.