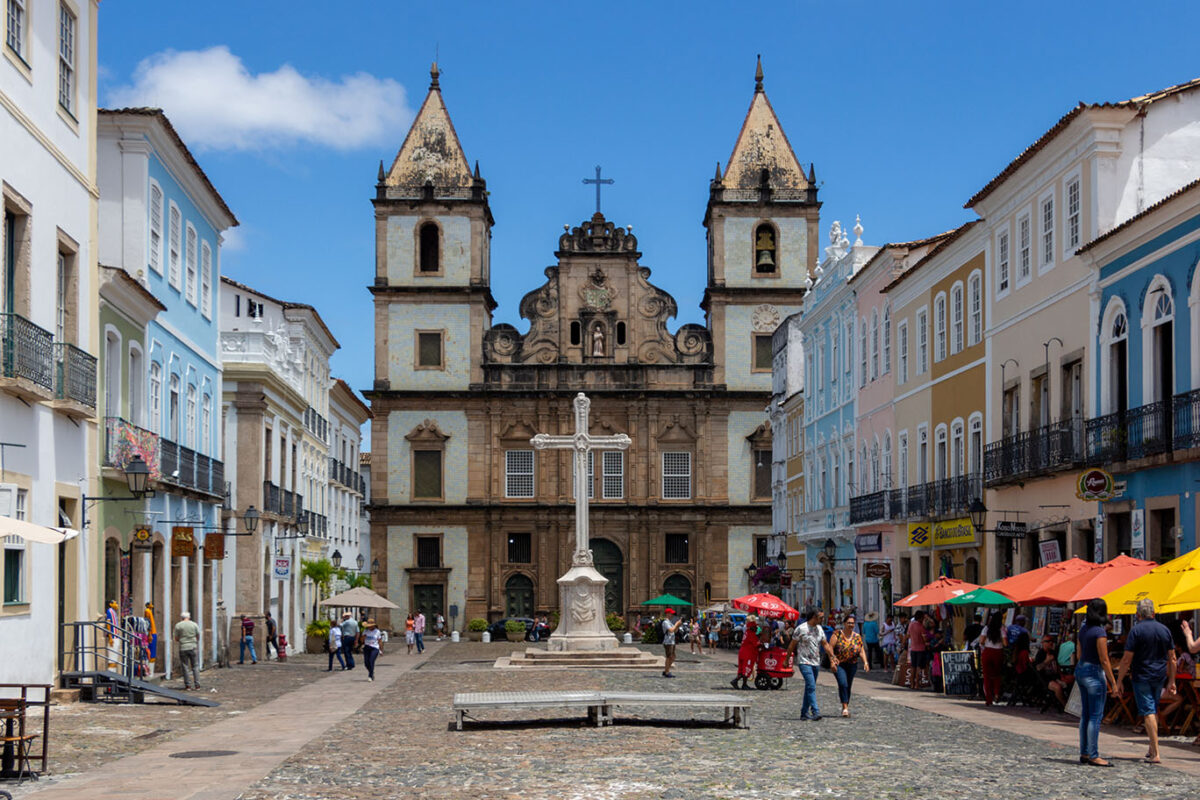 Among the colorful colonial buildings of Salvador, in the Brazilian state of Bahia, sits the church and convent of São Francisco, a church managed by Franciscan friars. The church is across the square from Cruzeiro de São Francisco, a large stone cross. Three doorways lead inside, with two bell towers on each side, on façades of white Brazilian sandstone. The upper middle façade has volutes (spirals), a white marble statue of St. Francis of Assisi, and the coat of arms of the Franciscan order. The overall façade is influenced by Mannerist architecture, an Italian artistic style from the late Renaissance. (Wellington Da Costa Gomez, CC BY-SA 4.0 , via Wikimedia Commons)
Arts & Tradition

The Church and Convent of São Francisco: A Blend of Portuguese and Brazilian Artistry

Larger than life: Art that inspires us through the ages
BY Ariane Triebswetter TIMEAugust 13, 2022 PRINT

Some of Brazil’s most beautiful churches are located in the colorful, historic city of Salvador, in the state of Bahia. Among them, one stands out: The church and convent of São Francisco (St. Francis) is a magnificent representation of both Portuguese and Brazilian artistry from the 18th century.

The initial convent and church were built in 1587 by friars of the Franciscan order. Unfortunately, these were destroyed during the Dutch invasion of Bahia in the 17th century. Father Vicente das Chagas began reconstruction in a grandiose style in 1686. Multiple artists worked on decorations to complete the project in the 18th century.

While the church square is relatively simple, the church’s interior is glorious. It is lavishly ornate and gilded, a decorative technique for applying gold to a surface. Gold leaf and gold dust cover the church’s walls, pillars, archways, and vaulted ceilings. European Rococo extravagance combines with local faunal and floral elements, the definition of Brazilian Baroque, and a unique Brazilian architectural style.

European influences continue with azulejos—glazed ceramic tiles from Portugal—which are found throughout Brazil’s colonial churches. These tiles are organized in ornate panels depicting allegorical scenes based on Flemish engravings from the 17th century and Latin quotes from the famous poet Horace.