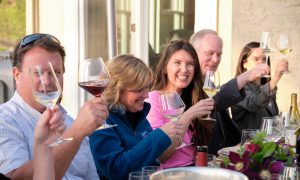 For the Love of Wine
0
Share Now
TelegramFacebookTweetEmailTellMeWeReddit
Copy Link 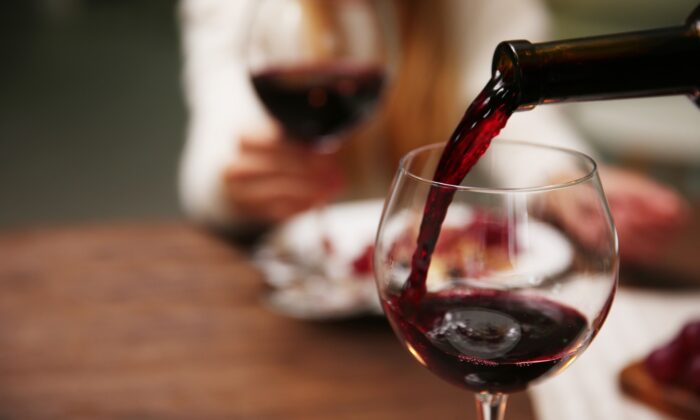 In the last decade, it's become clear that a number of winemakers have discovered that lower alcohols can make for more approachable red wines. (shutterstock/Africa Studio)
Drinks

The Case for Lower-Alcohol Red Wines

Look at the label on any bottle of wine, and you’ll see how much alcohol it has. Except for some very rare examples, the law requires it.

I prefer wines with 13 percent or so. They appear to me to be better balanced. They work better with food and don’t intoxicate as fast. But most red wines these days are about 14.5 percent or more. Occasionally a lot more.

One thing we know is that a higher level of alcohol in wine has a number of drawbacks, one of which is that the alcohol in a wine can cover up fruit flavors.

Smell the otherwise “neutral” spirit vodka. It has an aroma—of alcohol! Proof that alcohol is volatile came from food chemist Harold McGee. In a New York Times article published in 2010, he wrote, “It’s no secret that the alcohol in drinks can get in the way of our enjoying their flavors.

“When alcohol makes up more than 10 percent to 12 percent of a liquid’s volume,” the article added, “we begin to notice its irritating, pungent effects in the mouth and in the nose.”

Later McGee added: “The more alcoholic a drink is, the more it cloisters its aroma molecules, and the less aroma it releases into the air. Add water and there’s less alcohol to irritate and burn, and more aroma release.”

He pointed out that this phenomenon works especially well with dark coffees. A few drops of water actually makes the coffee tastes a lot better!

Adding a little water, although it may help uncover some aromas in wine, can dilute flavors, right? Not necessarily.

One strategy that I employ is adding a small ice cube to a five-ounce glass of wine. That dilutes some of the alcohol and also has the effect of “opening up” the aroma.

Besides, most red wines are served a little bit too warm for me. The cooling effect that ice has actually benefits us by creating better balance.

In the past decade, it has become clear that a number of winemakers have discovered that lower alcohols can make for more approachable red wines.

One strategy that some are employing is harvesting grapes slightly earlier than in the past, aiming to pick fruit with barely enough maturity at lower grape sugars to make for a silkier, lower-alcohol red wine.

This can make wines that are a little less “obvious” when young. It means they may not get as high of a score from those who use points to rate wine. But in most cases, the wines benefit. As do we.

Where can you find these wines? The best news is that wines with less than 14 percent alcohol usually sell for a lot less money than the 15 percent or even higher red wines. Those high-alcohol, exalted wines can sell for four or five times as much money, but they’re not very interesting (to me) because the alcohol covers up the fruit.

As much as I truly love some wines of intensity, I much prefer to drink a glass of red without the fear that I’m going to get extremely sleepy, a headache, or a maxed-out credit card.