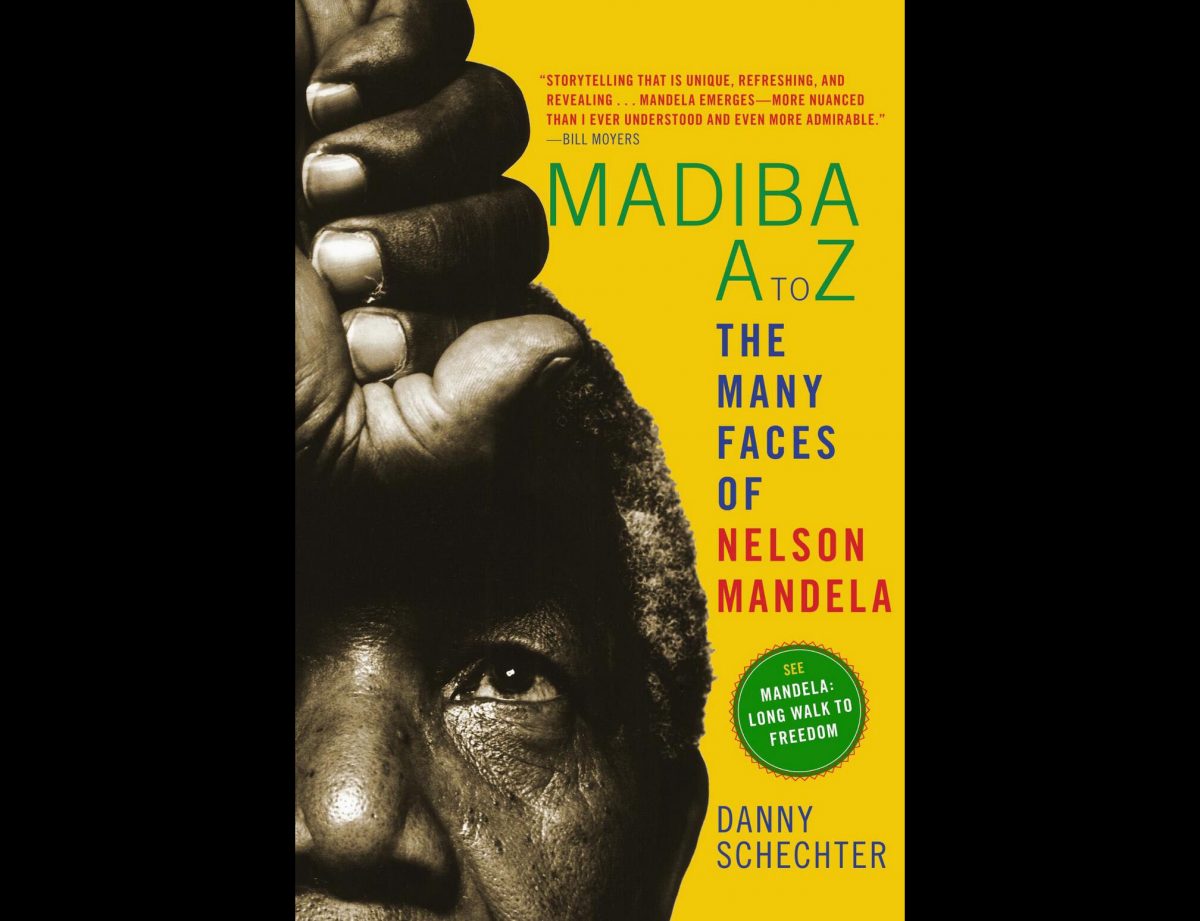 The cover of 'Madiba A to Z' by Danny Schechter. (Courtesy of Seven Stories Press)
Arts & Culture

The Book Behind the Mandela Biopic

Behind the film “Mandela: Long Walk To Freedom,” is the book “Madiba A to Z: The Many Faces of Nelson Mandela,” a series of essays that show the reader Mandela as athlete to comrade, from bailed to president.

Schechter’s collection of unique insights into the life of the inspiring and iconic Nelson Mandela, are, as he puts it, “high-energy snack food meant for readers used to being media snackers.”

From A to Z, readers get a portrait of a complex man—some surprising, some contradictory.

Nelson Mandela was known to the world as a revolutionary leader and a compassionate survivor. Schechter highlights these as well as his lesser known attributes, such as an his avid appreciation of sports and his competitive nature.

He also loved to garden and found solace in tending a garden while imprisoned. Schechter touches on negative labels Mandela has faced as well. He was considered a terrorist to apartheid supporters and, even later, suspected by some of being a communist.

While presented in bite-sized pieces, the content is rich and well researched.

Stories like that of Eddie Daniels, a member of the Liberal Party who was imprisoned at the same time as Mandela, sheds light on Mandela’s character. Daniels was in what was called a “single cell” and recalls how Mandela went out of his way to comfort and assist him when he was sick, even though he could have easily delegated the task to one of his followers.

Ahmed Kathrada, a fellow prisoner, speaks to Mandela’s constant message of forgiveness and shares, “Madiba starts from the position that everyone is good unless proved otherwise.”

Noting Mandela’s habitually formal conduct, former prison mate Mac Maharaj recalls asking, “Madiba, did you ever joke, laugh, pull pranks with your mum and your family and tease?” Mandela responded, “No, we don’t do that. We don’t do that.”

Within the pages are also plenty of obscure insights, including a passage of Shakespeare’s “Julius Caesar” that Mandela underlined in prison:

“Cowards die many times before their deaths
The valiant never taste of death but once.
Of all the wonders that I have yet heard,
It seems to me most strange that men should fear,
seeing death, a necessary end will come when it will come.”

It is this anecdote of Schechter’s work that seems particularly poignant now that the great man has passed away.

For those who seek a more in-depth understanding of one of history’s most important figures, “Madiba A to Z, The Many Faces of Nelson Mandela” is worth “snacking” on.