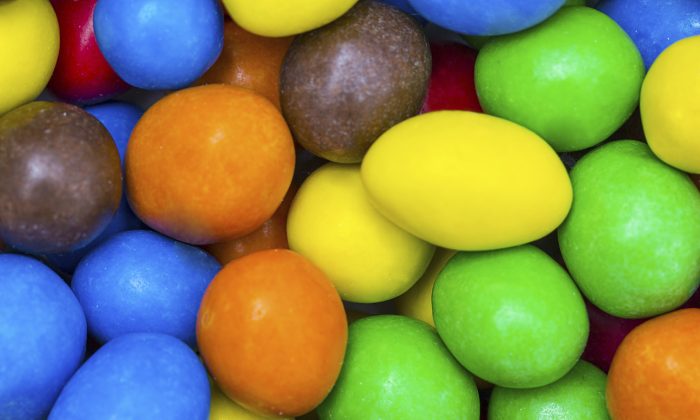 The Bacterial Imbalance Behind Food Allergies

Allergies are caused by an immune system gone haywire and reacting to substances that generally do not affect most people. For example, peanuts are typically harmless. But for those with a peanut allergy, ingestion can trigger a severe, even fatal reaction.

Peanut is one of the most common food allergies in the United States, and its recent rise is dramatic. From 1997 to 2008, the rate of peanut allergies in children has more than tripled, according to a 2010 survey published in the Journal of Allergy and Clinical Immunology. Today, peanut allergies affect up to 8 percent of children younger than 3 years of age.

It’s not just peanuts. According to the Centers for Disease Control, food allergies of all types are a growing food-safety and public-health concern. Nearly 6 million, or 8 percent, of children have food allergies. The youngest are the most affected.

Although many kids mysteriously outgrow their food allergies, the only advice modern medicine can offer allergy sufferers is to avoid eating trigger foods. However, scientists have found some possible causes for food allergies. These are clues that may one day lead to treatment.

One observation is that people who develop eczema are six times more likely to develop food allergies than those without the skin disease.

One observation is that people who develop eczema are six times more likely to develop food allergies than those without the skin disease. Research suggests that food proteins in the environment (for example, peanut dust) may be absorbed through cracked skin, sensitizing patients to peanuts long before they ever eat any. But exactly how this happens remains a mystery.

The results of a new study may offer a piece of the puzzle. Published in the Journal of Allergy and Clinical Immunology, the study was conducted by researchers at National Jewish Health, in Denver, Colorado. They concluded that a very common bacterial strain may be one causal link from eczema to peanut allergy.

British researchers have previously shown that some people with eczema are more likely to get a food allergy if they have a mutation in their skin barrier protein called filaggrin—a gene that helps keep the skin hydrated and prevents food in the environment from penetrating the skin.

Researchers in the United States have not found evidence of the filaggrin mutation with peanut allergies, so they started looking for another possible factor that may contribute to a breakdown of the skin barrier.

Donald Leung, M.D., Ph.D., at the Division of Pediatric Allergy and Immunology at National Jewish Health, and his team, examined over 700 patients, looking for any possible association with peanut allergies and eczema patients. The only connection they found was that patients who had a bacteria on their skin called Staphylococcus (staph) aureus, particularly the MRSA strain, had a very high level of allergy to peanuts.

Leung said that although the association is strong, many details still need to be hammered out.

Researchers have seen other microscopic mechanisms that may be responsible for causing food allergies. Patients who have a low T-cell count or who lack certain protease inhibitors in their skin have also been shown to be vulnerable to allergy development.

“It’s a very complex disease, and we’re just starting to scratch the surface of why people are getting food allergies,” Leung said. “It’s not just one factor.”

According to Dr. Bill Miller, author of “The Microcosm Within: Evolution and Extinction in the Homogenome,” there is a single idea that can account for the complexity. Miller says that the rise of asthma and allergies of all kinds is linked to a disruption in our microbiome—the diverse colony of beneficial bacteria that live within and around us.

The idea that a change in our microbiome can lead to a rise in disease is called the hygiene hypothesis.

“The hygiene hypothesis is that our cellular balance—the mix of particular types of microbes with our own personal cells—is not what it used to be,” Miller said. “The incidents of allergies and asthma is higher in industrialized countries than in non-industrialized countries. We now live in a different type of association with microbes. We don’t have fewer microbes, we have a different balance of microbes.”

Evidence for the hygiene hypothesis is just beginning to emerge because the microbiome is a fairly new concept in medicine. Not long ago, all bacteria were generally demonized for causing disease. But today, scientists realize that our bodies rely on bacteria to remain healthy.

“If you actually examine under a microscope what we are metabolically, immunologically, it is a combination of microbes and our own innate cells. It is this combination that permits us to survive. If we took away the microbial fraction, we would not be able to survive because we are dependent upon them,” Miller said.

This new paradigm has prompted a more nuanced approach toward bacteria in modern medicine. But change is slow, and we’re only beginning to understand how much of an impact the old paradigm has had on our bacterial colony.

For years, we only thought about being in combat with microbes. We’re not.

The implications of the hygiene hypothesis go far beyond food allergies. According to Miller, big changes in the industrial world over the last 100 years have fundamentally changed humanity in ways we don’t yet comprehend.

Although the lifesaving benefits of a sterile hospital environment and antibiotic drugs have proved nothing short of miraculous, emerging evidence suggests that there may also be many unintended consequences associated with these changes.

“For years we only thought about being in combat with microbes. We’re not. We work in concert with them, and some of them are bad actors. Most of them are ensemble players. That’s the real narrative,” Miller said.

“You can give an antibiotic to treat a GI infection, and the consequence, which at one time would seem improbable but is turning out that there are linkages, is that your allergy and asthma can go up, because you have inadvertently upset the balance of the respiratory microbiome with a broad spectrum antibiotic,” he said.

Scientists typically consider the hygiene hypothesis to be more of a curious speculation rather than a hard truth. But Miller says the concept is sound, it’s just going to take some time to work out the details.

“The microbiome and its intimate association with us is a certainty,” he said. “It’s merely uncharted territory. What we know about it now, and how we co-exist together as a life form—on a scale of one to ten, we’re not even up to one.”

Science is still many years away from nailing down the exact cause of food allergies, but researchers may have already found a reliable method for preventing them.

“What they found was that in societies like Israel that usually introduce peanuts early in life—they eat a peanut candy there called Bamba—they actually have low prevalence of peanut allergy. But in societies like in the U.S. and U.K. that avoid peanuts until age 3, which was the usual recommendation of pediatricians until five years ago, those people actually have a lot of peanut allergy,” Leung said.

The same theory seems to hold up in other foods too. A study published in the March 4 edition of the New England Journal of Medicine showed that the LEAP technique applied to six other allergenic foods produced similar results.

However, it’s still not clear why it works. One possibility is that an early introduction of allergenic foods may sensitize immune cells at an important stage of development. Miller suggests it may also trigger an important change in our bacterial colony.

“It may be the microbes … are being desensitized, so they no longer fight the peanut when it’s ingested. The microbes in your gut are part of your ecology,” Miller said.