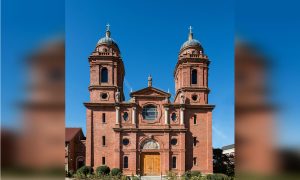 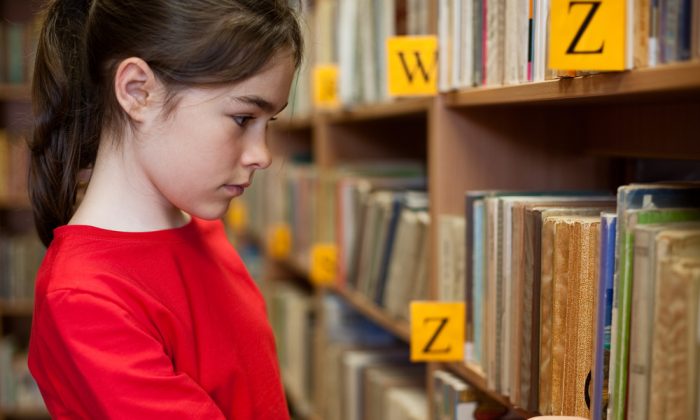 The Art of Emulation: Lessons From the Past for Our Young People

Recently, I asked my 4-year-old grandson what he wanted to be when he grows up.

“Spiderman,” he replied without hesitation, and launched into a description of Spiderman’s powers—shooting spider webs from his hands to climb buildings, wrapping the bad guys in webs, “and he’s really strong, Grandpa”—a narrative accompanied by dramatic leaps, flying fists, and fingers popping out imaginary sticky webs.

I suspect many kids his age want to become Spiderman, Superman, Wonder Woman, and other such heroes. In my grandson’s case—he’s also a fan of Batman—he wants to copy his cartoon champions by fighting and beating evildoers. Just as dinosaurs appeal to some children because of their size and strength, so do superheroes.

As they mature, young people seek out other role models. Pop culture and mass entertainment sway the dreams of a few. The 3-year-old who adored Paw Patrol’s Marshall becomes the 14-year-old aspiring to be a movie star like Matt Damon or Scarlett Johansson, a singer like Bruno Mars or Adele, an athlete like Tiger Woods or Serena Williams.

Of course, most find role models closer to home. Hospitalized for appendicitis at age 12, Maria admires the doctors and nurses caring for her and later enters the field of medicine. The example of his mother and father, both attorneys, sends John off to law school. The war stories of Uncle Phil lead Jim to enlist in the Marines, while memories of a beloved eighth-grade English teacher inspires his sister Grace to earn her degree in education.

If we think about it, all of us grew up modeling our behavior on those around us: our parents and other caregivers, older siblings, friends, teachers and coaches, stars of film, stage, music, and sports.

For better, and in some cases, for worse, these people become our exemplars.

Frequently absent these days from this pantheon of mentors are the traditional heroes of the past. Often neglected in our classrooms, and disparaged by the cultural gurus of our time, the historical figures who once galvanized dreams of great deeds and good works, and who served as models for virtue, now seem of little consequence, belittled or banished, mannequins gathering dust in a forgotten storeroom.

Yet for centuries, our ancestors sought inspiration and moral guidance from their predecessors. The Romans, for example, studied “Plutarch’s Lives” for its lessons in ethics. Since then, many in the West, including Americans from the Founding Fathers to Theodore Roosevelt, continued to read these portraits for the same reason, hoping to acquire the virtues and avoid the vices of these famous ancients.

Often, we find links in this chain of mentorship. In his youth, for example, Napoleon Bonaparte delved into the character of leaders such as Alexander the Great and Julius Caesar; Winston Churchill regarded Bonaparte as one of his heroes; current British Prime Minister Boris Johnson, who has written a biography of Churchill, considers that great UK statesman his leading historical light.

Today, however, our culture seems more intent on destroying heroes than emulating them. It’s true that many biographers and historians of an earlier time were sometimes blind to the warts and blemishes of such luminaries as Washington, Jefferson, Lee, and others, but it’s also true that our present age is often blind to their virtues.

Outraged by the imperfections of our ancestors and inspired by their own sense of moral superiority, some among us seek to eradicate from our memory those dead whose political or cultural views they despise. These assailants remove once-revered figures from our textbooks; they indict them for their flaws while downplaying or denigrating their achievements; they raze their statues and busts, and strip their photographs, portraits, and names from public buildings.

Were our young people to familiarize themselves with the deeds, struggles, and triumphs of such famous Americans as James Madison, Ulysses S. Grant, Booker T. Washington, and Susan B. Anthony, these men and women might act as maps to the tangled roads and byways of our present age. They might also serve as lamps of illumination in our darkness, human beings whose best traits are worthy of imitation.

Here is where we can take a hand in the moral education of our young. We can enter that dim, forgotten storeroom, wipe the dust from those mannequins, and breathe life into them through the power of biography.

From the stories of these celebrated people, our older teens can find reassurance and strength as they enter into adulthood. Anxious about setting off for college or moving away from home? Take heart from Stephen Ambrose’s “Undaunted Courage,” with its magnificent depiction of Lewis and Clark, the trials they faced, and the character traits that carried them through adversity. Fearful of obstacles standing in your path? Put some steel in your backbone with Ronald White’s “A. Lincoln,” where an impoverished boy, by dint of will and hard work, rose to the presidency. Failed, fallen, and afraid you can’t regain your feet?  Read “Unbroken,” the story of Louis Zamperini, who suffered a series of ups and downs, including torture in a Japanese prisoner-of-war camp.

An enormous number of such lives are also available to our younger teens, adolescents, and preschoolers. Recently, I visited the public library here in Front Royal, Virginia.  In the children’s room, my rough measurements and estimates found 72 feet of shelving and 1,200 books given over to biographies. Here are some of “The Childhood of Famous Americans” series. Here are various stories of the great from Spencer Johnson’s The ValueTales. And here are a battalion of other life histories celebrating such great Americans as Robert Fulton, Babe Ruth, Jackie Robinson, Ella Fitzgerald, Sitting Bull, Dorothy Day, Ronald Reagan, Clara Barton, Davy Crockett, and Henry Clay.

There they sit, Stonewall Jackson, Abigail Adams, the Wright Brothers, and so many more, wanting only readers.

In Josiah Bunting’s novel, “An Education for Our Time,” a billionaire, John Adams, draws up plans to found a unique college. Adams, a fierce advocate for the study of history, writes that “We may all of us emulate men and women from history—as we do persons known to us in our own lives.”

Earlier in this narrative, Adams poses this question to the friend who is helping him in this grand endeavor:

“Robert: is there a man in history that you love, whose life somehow seems to speak directly to your own consciousness, whose life, with its sorrows and exaltations, somehow means something to the way you live your own? A life you can somehow ‘realize?’”

Bunting implies an affirmative answer to this question.

By exposing them to biography and history, we can give our young people the same opportunity to learn and emulate the virtues of those who have gone before them.