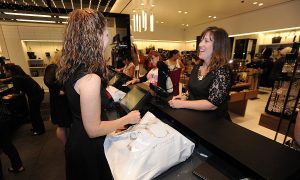 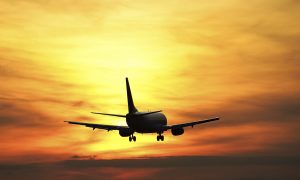 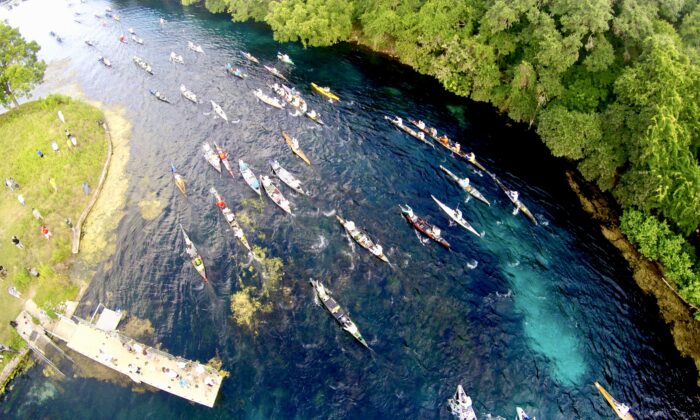 The San Marcos River serves as a playground for all sorts of water sports, including canoeing. (Courtesy of the Greater San Marcos Partnership Library)
Destinations

Expect laid-back adventure, a youthful vibe, and the barbecue of your dreams
By Amanda Burrill
FONT BFONT SText size
Print

Daily live music, an eclectic crowd, and a food scene that stands alone as worth a visit. Sure, Austin fits the bill, but it’s no secret, and it certainly can’t match the more affordable prices and river-sporting bliss of nearby San Marcos. The sunny college town, centered between Austin and San Antonio at the heart of what Texas calls “Hill Country,” is the Lone Star State’s rising tourism star.

When Austin’s start-up scene had to overflow somewhere, the Greater San Marcos Region, the heart of the Central Texas Innovation Corridor, beckoned entrepreneurs with monetary incentives and the promise of an ideal place to live, work, and play. And play they do! The vibe, especially downtown, is artsy and young: The 40,000 Texas State University students have a lot to do with it. In addition Forbes named San Marcos the best place to retire in Texas in 2018, and among the top 25 in the country in 2019.

While San Marcos was officially founded in 1851, archaeologists discovered artifacts dating back 12,000 years to the Western Hemisphere’s oldest known inhabitants, the Clovis Indians, making it the longest continuously inhabited site in North America. San Marcos is unpretentious and just starting to cater to tourists, which makes it a great time to visit. Fly into Austin or San Antonio and rent a car—Hill Country is vast.

Beat the Heat on the Water

The region’s most popular attraction, the crystal-clear, spring-fed San Marcos River, maintains 72 degrees year-round, ideal for paddle-boarding, canoeing, swimming, fishing, and the most fun, floating. A drink in hand is optional as you kick back in an inner tube and lazily float along. Lions Club Tube Rental, located in the Rec Hall at San Marcos City Park, rents tubes May through September. Float downriver to Rio Vista Park, sunbathe on the beach if you so choose, then take the half-hourly shuttle back to the start.

Experience the headwaters of the San Marcos, Spring Lake, without getting wet at The Meadows Center with a glass-bottom boat tour, sure to be a hit with the kiddos. Bubbling springs put a visual reference to the lake’s namesake while underwater flora and fauna come alive as a guide explains the activity below. Inside the Meadows Center’s Discovery Hall is a 1,000-gallon aquarium of fish native to Spring Lake, and an endangered species exhibit showcasing the Texas blind salamander and the San Marcos salamander. Geek out science lovers, they’re only found here.

Less than an hour from the tubing scene are more conventional lake activities at Canyon Lake, offering 80 miles of scenic shoreline and an abundance of activities such as boating, water skiing, scuba diving, parasailing, and wildlife viewing.

Good news for the gluten-free crowd: “Everything is bigger in Texas” certainly applies to the abundance of meat. I couldn’t try every barbecue joint in Hill Country but several of them really moved my drool-needle. Black’s BBQ was started four generations ago at their family-owned restaurant in nearby Lockhart, the “BBQ Capital of Texas.” At their San Marcos location I had the best brisket of my trip (get the “wet,” not “lean”), and a memorable hunk of smoked pork belly—memorable because I’d never seen smoked pork belly on a barbecue menu.

And don’t miss The Salt Lick in Driftwood. Walking past the open pit that’s been smoking meat since 1967, I caught a hefty whiff of the deliciousness to come. Upon a recommendation, I ordered Thurman’s Choice. It’s a plate of brisket, pork ribs, and sausage flanked by beans, potato, and coleslaw—the plate that “Poppa,” Salt Lick founder Thurman Roberts, ate.

If your favorite food group is gluten, like me, drive over to the town of Kyle, the “Pie Capital of Texas” and feast at the colorfully and whimsically decorated Texas Pie Company. Chef Julie Albertson opened her first bakery in 1986 and has been selling home-style pies (10-inch deep dish or 4-inch individual) from her grandmother’s hand-me-down recipes since. Southern Pecan and Dutch Apple are their best-selling flavors, which I can vouch for. The town is so into it that it even built a signature event around pie, the Pie in the Sky Festival, over Labor Day weekend.

Four bustling blocks surround the stately Hays County Courthouse, making up San Marcos’s downtown square. Entertainment includes live music venues, breweries, art galleries, retail establishments, and restaurants. At Root Cellar and Cafe I broke my fast with the Rae Sandwich—two fried eggs with grilled pickles, tomatoes, and mayo on a freshly baked croissant. One of the cook’s grandmothers used to make it for him. Visit Blue Dahlia Bistro for lunch or dinner. Start with a glass of wine and cheese platter then order from the selection of tartines; the open-faced sandwiches on freshly baked bread are their specialty. A stroll around the square is surprisingly romantic by night, the hum of stores and restaurants doing business juxtaposed with the stoic, illuminated courthouse.

Expansive views of Hill Country are best enjoyed while hiking. Spring Lake Natural Area, where the 12,000-year-old archaeological remains were found, is a 251-acre park sitting just above the San Marcos River headwaters, offering miles of trails for hiking, biking, and birding. A few minutes away, Purgatory Creek Natural Area, one of the largest urban natural areas in Texas, offers over 1,000 acres, with trails for hikers of all skill levels. Last but not least, Jacob’s Well Nature Area surrounds, you guessed it, Jacob’s Well, an artesian well constantly fed by the Trinity Aquifer. One warm evening I hiked in, expecting to find the kind of well one sends a bucket down, a structure I’d stick my head in, and maybe throw a rock down. It turns out the well, the headwaters of Cypress Creek, is fully submerged and the perfect place for a swim. On my hike back out to the car, open sky ablaze with sunset oranges and pinks, I reasoned I would have been disappointed that I had no swimsuit on hand—if I weren’t heading to another night of barbecue.

Amanda Burrill sees through an adventurous lens, typically focused on food and travel. Her education includes a bachelor’s in archaeology, a master’s in journalism, a culinary degree from Le Cordon Bleu, and wine and spirits credentials earned while living in Paris. She is a U.S. Navy veteran, Ironman triathlete, high-alpine mountaineer, and injury connoisseur who ruminates on UnchartedLifestyleMag.com

The author was a guest of The Greater San Marcos Partnership.