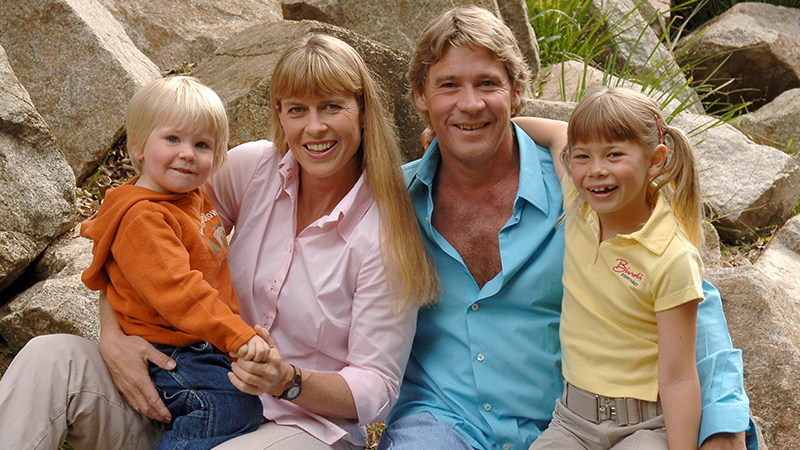 The iconic Aussie animal expert, conservationist, and fondly nicknamed “Crocodile Hunter” Steve Irwin was tragically killed in 2006, doing what he loved best. His widow, Terri Irwin, was his devoted partner in life, love, and conservation, and she revealed to People magazine in January 2018 that she hasn’t been on a date since her husband passed away.

“I’ve already had my happily ever after,” Terri shared. Having recently started a new Animal Planet series alongside owning and running the Australia Zoo, we can see how the experienced wildlife expert might not be able to find the time for dating even if she wanted to. “I think it’s wonderful when people who have lost someone find love again,” Terri clarified, “but I’m not personally looking, and I haven’t been on a date in 27 years.”

Family life is both important and extremely fulfilling for Terri: “I have two beautiful kids, a really full plate,” she said.

It was a chance meeting that united Steve and Terri back in 1991. The lovebirds married just eight months later after a short, romantic courtship and a strong conviction that they’d each found their soul mate. They later had two children: Bindi, 20, and Robert, 15. Both children adored their father in childhood, remain incredibly close to their mom, and have become hugely active in wildlife conservation since Steve’s passing.

Steve was filming an underwater documentary, Ocean’s Deadliest, when he was fatally impaled by a stingray. His family was devastated but managed to draw on their closeness for mutual support through what would prove to be the hardest time of their lives. “We’d each say our favorite part of the day, what we were most looking forward to tomorrow, and a good deed we did that day,” Terri explained, speaking of the coping mechanisms her family used after her beloved husband’s unexpected passing. “You need to focus on what you’re doing for others, she continued, “and then you can start to heal.”

“No matter the circumstances are that you lose someone, nobody’s truly prepared,” the mom of two lamented.

Robert is perhaps emulating his father the most. The young, enthusiastic conservationist is often invited onto talk shows alongside representatives from the Australia Zoo team to introduce and discuss incredible, lesser-known wild animals. He is also a photographer and has even co-created a book series called Robert Irwin: Dinosaur Hunter. Steve’s son is just as fearless as his father: we’ve no doubt that Steve would be bursting with pride.

Bindi, who has loved wildlife from an early age and often appeared alongside her father in various television appearances, is now a TV personality, conservationist, and actress in her own right. Bindi and her brother are vocal about the impact their loving father had on their early lives and career choices, and are never shy in admitting how much they still love and think of their dearly departed parent. Sometimes they even post throwback photos on social media.

As for Terri, while the true love of her life has tragically come and gone, her life nonetheless remains full of purpose and meaning. “Steve was someone who was larger than life and really did live life to the fullest,” Terri shared. “That’s what I want to do, and share.”

Steve, we miss you, and you should be extraordinarily proud of the loving, talented, and generous family you have left behind. Share this article and help keep the memory of “Crocodile Hunter” Steve alive!