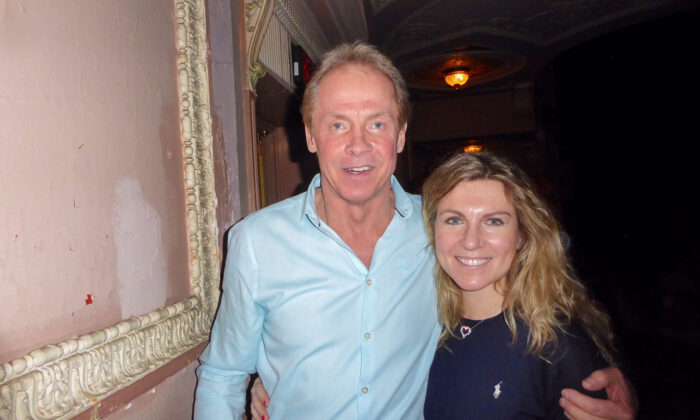 PHILADELPHIA—Leaders naturally recognize and appreciate other leaders, even those in different industries and across disciplines. That may be why people like Temple University law professor Ken Jacobsen and financial industry vice president Brian Gibson were drawn to and greatly appreciated Shen Yun Performing Arts at the Merriam Theater on Feb. 15, 2020.

New York-based Shen Yun is the world’s exemplar when it comes to classical Chinese dance and music. The company is spearheading an ambitious revival of China’s ancient culture, which is deeply spiritual and conveys profound wisdom.

“Classical Chinese dance is at the heart of what Shen Yun does,” according to the company’s website. “Known for its incredible flips and spins, and its gentle elegance, it is one of the most rigorous and expressive art forms in the world.”

Jacobsen enjoyed the stories told through dance and the bilingual emcees who gave brief introductions and context before each piece in the program.

A Shen Yun performance contains roughly 20 short vignettes, from stories told through dance to bel canto vocal soloists to ethnic and folk dances. The emcees give a brief introduction and context between each one, to bring audiences around the world up to speed with the richness and depth of traditional Chinese culture.

Being a professor himself, Jacobsen pointed out three ways that Shen Yun is educating audiences and enlightening them.

“Well, I think arts in general, is important, the educational value of the show is on different levels. First of all, the music is fantastic. You know, when you’re watching the dancers, it’s easy to overlook the fact that you have an orchestra in a pit there that’s performing wonderful music. So I think that’s educational.”

Each of Shen Yun’s seven touring groups travels with its own live orchestra. The music in Shen Yun is all original, composed anew each year by Shen Yun’s artistic director for Eastern and Western instruments to perform together.

For decades, the Chinese Communist Party has attempted to wipe out China’s traditional culture, including its spiritual beliefs and practices. It sees such things as a potential threat to its own legitimacy and power. Shen Yun’s stories include scenes from this violent campaign, including the persecution of spiritual believers.

“The irony is that it’s a classical Chinese dance that can’t be performed in China because of the government there, and that’s an educational piece as well,” Jacobsen added.

Brian Gibson, also in the audience on Feb. 15, helps run a company in the financial industry. Like Jacobsen, he appreciated Shen Yun’s artistry and visual magic.

Gibson said that “the beauty of the dance” is what touched him most throughout the performance, and that he felt positive energy from the dancers.

Gibson enjoyed Shen Yun’s music as well, calling the blend of Eastern and Western sounds beautiful, and praising the singing as very beautiful, too.

Gibson found some of the stories quite touching as well, including a piece titled “Abetting the Wicked,” about two brothers who find themselves on either side of the persecution.

“I would tell a lot of people to come, yes,” Gibson said. “I would say that you have to definitely experience [Shen Yun] one time in your life.”

With reporting by Frank Liang, Lily Sun, and Brett Featherstone.