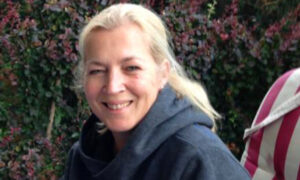 A teen who suffered catastrophic head injuries after being struck by a van was declared brain-dead four days after being admitted into the hospital. His devastated family even signed to have his organs donated. Yet, mere hours before his life support was to be turned off, the teen miraculously started breathing on his own.

Lewis Roberts, 18, was airlifted to Royal Stoke University Hospital on March 13 after being struck by a van in his hometown of Leek in Staffordshire, England. He underwent emergency surgery.

Four days later, Lewis’s family was told that he wouldn’t pull through.

“After numerous tests, the hospital sat us down and said that Lewis was brain-dead. He had given up the fight,” said his sister Jade, 28, as reported by the Stoke Sentinel. “They said he had suffered from a brain stem death and had passed away.”

The teen’s death was even reported to the coroner. Meanwhile, his heartbroken family signed paperwork and prepared to say goodbye. They decided to donate Lewis’s organs, for the teen, who completed selection for the British Army in December 2019, could effectively save seven others in need.

Arrangements for the donation gave the family one more night with their loved one. But on March 18, mere hours before surgery, Lewis showed signs of life.

Jade, who describes her brother as “amazing” and “a miracle,” was sitting by his bedside around 3:30 a.m. when he took a breath on his own for the first time since the accident.

“We were waiting for a brown line to show for many days, to show he had taken a breath for himself, but we had nothing,” Jade shared on Facebook. Holding his hand, she begged her brother to breathe, prompting him with the count, “1, 2, 3.”

When a line registered, nurses speculated the monitor blip was an error caused by water in the ventilator. But a doctor soon confirmed the miracle was real.

Upon returning home, Jade got a call, “Lewis is breathing now,” her caption recounted. “His eyes are dilating, which before we had nothing.” She said his medical team apologized for their mistake, marveling that they had never witnessed anything like it.

The family shared some heart-stopping footage of Lewis attempting to breath with the count of a family member:

An investigation is looking into the incident that sent Lewis so close to death. A police spokesperson confirmed, “Inquiries are still ongoing … witnesses are still being spoken to. There won’t be any further update until these inquiries are completed.”

After defying his prognosis, the teen is progressing toward recovery. His family launched a crowdfunding page to raise money for him as a homecoming gift.

Meanwhile, with CCP virus restrictions in place, Jade was chosen as her brother’s sole visitor. “I feel super, super privileged to be this person and be reunited with my best mate,” she shared on Facebook.

“What an amazing visit and progress he is making,” she added, sharing footage of Lewis’s squeezing her hand. “COME ON OUR Soldier.. Our Hero!!!”