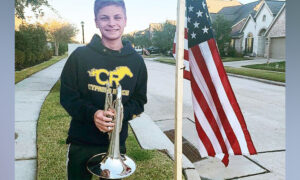 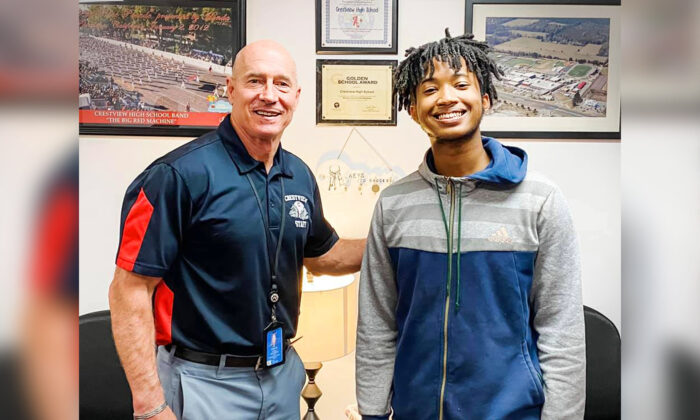 A Florida high school student, who has ambitions to become a trauma nurse, put his CPR training to the test in a real-life crisis. Savion Harris, 16, kept a clear head and ultimately saved a life when his boss’s 6-month-old infant stopped breathing and was turning blue.

While Harris and his coworkers were finishing a shift at the family-owned Thai restaurant where he works, the owner, a mom, flew down a flight of stairs with her baby son, Max, in her arms. Her partner by her side, she hysterically exclaimed that Max wasn’t breathing.

Harris, a junior enrolled in CPR certification at Crestview High School, rushed to help—first calling a 911 operator and giving them the address of the restaurant. Then, laying Max on a table, Harris saw that the infant was turning blue.

“While I was answering questions I was checking the brachial artery,” Harris explained to Northwest Florida Daily News. “I thought [I felt] a pulse … I was just gonna go straight into CPR.”

Crediting the operator for keeping him calm, the 11th grader performed two deep, fast compressions on Max’s chest with his thumbs, and the baby started to cry. “It was a very short but intense couple of minutes,” Harris recalled, describing himself as “so relieved” when color returned to the baby’s face.

Harris, the hero of the hour, marveled at Max’s fast recovery and said his nerves were further calmed by the arrival of paramedics.

“This isn’t the first time a student has had to do CPR,” said Dr. Tammy McKenzie, Harris’s CPR instructor and head of Crestview’s medical program. “Unfortunately, past occurrences … they haven’t had a positive outcome, so obviously I’m very proud to see one of my students be able to jump into action.”

Crestview High School principal Dexter Day spoke on behalf of the faculty when he said Harris’s bravery made him feel “like a proud daddy.”

The school shared Harris’s heroic achievement on Facebook, amassing thousands of likes and shares. “In a moment of critical need, he put into action his Basic Life Support for Healthcare Providers training,” staffers posted. “We’re so proud of him and the life-saving service he rendered!”

Harris owes his training to Crestview’s expanding Career Technical Education curriculum, said Day. In conjunction with Florida State University’s SSTRIDE (Science Students Together Reaching Instructional Diversity & Excellence) program, the course helps prepare students for jobs straight out of high school, and welcomes those who are interested to apply to the university’s medical program.

Far from scaring him off, Harris’s experience has bolstered his confidence to be able to help again. “I think I will be faster to step up next time,” he told the news outlet. “I don’t know if the nerves will go away, but I’ll be faster for sure.”