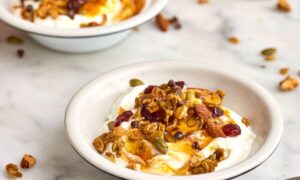 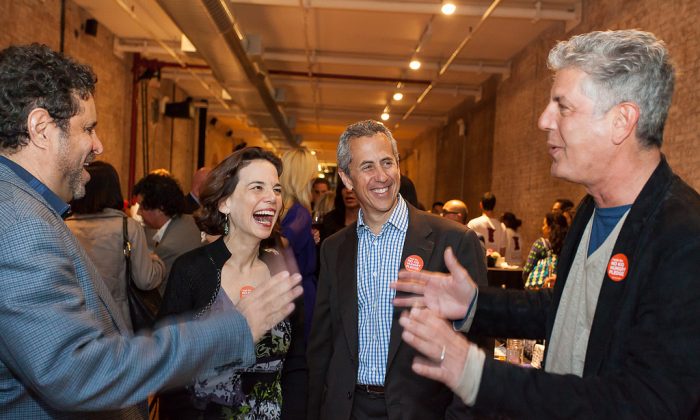 Taste of the Nation: Chefs Join to End Child Hunger

In New York City, more than 474,000 children—about one in four—struggles with hunger. In New York state, those numbers reach 925,000. Those sobering facts are not lost on the more than 75 chefs and mixologists who give their time each year to take part in the annual Taste of the Nation NYC event, which will be held this year on April 28 at the Mercer Ballroom.

The walk-around tasting event raises funds for Share Our Strength’s No Kid Hungry campaign, which seeks to end childhood hunger in the United States, where one in five children struggles with hunger.

“Chefs feed people. They are natural caregivers,” said Jenny Dirksen, national director for culinary events for Share Our Strength. Share Our Strength was founded in 1984 to raise funds to alleviate the Ethiopian famine and is now focused on ending childhood hunger in America.

The organization coordinates more than 30 Taste of the Nation events nationally each year.

Taste of the Nation has raised more than $85 million to support the No Kid Hungry campaign since its inception in 1988.

The list of participating restaurants and bars is a veritable who’s who list; Dirksen said that for young chefs, being invited to participate represents a place-making of sorts. “They get to stand shoulder-to-shoulder with chefs that they used to work with. It’s really lovely.”

Alder, Betony, Dominique Ansel, Gramercy Tavern, Red Rooster Harlem, and Empire Diner are a few of the many restaurants participating. Maison Premiere, Acme, and Dead Rabbit are among the more than 20 bars that will liven up the events with drinks.

A number of chefs will be signing books, including Alex Guarnaschelli, Anne Burrell, Melissa Clark, Scott Conant, Daniel Holzman and Michael Chernow, and Anita Lo. More will be announced.

A silent auction includes a four-night stay at Caribbean Club in the Cayman Islands, and a Sussman Brothers dinner party for 10, with recipes all from their new cookbook.

New this year is a marketplace featuring small, artisanal companies including Taza Chocolate and Brooklyn Brine.

Funds will also go to the national No Kid Hungry campaign. “So we’re filling in the spots even where there are no Taste of the Nation events,” Dirksen said.

The city’s overall school lunch is a relatively well-used program, Dirksen said, with about 70 percent of children eligible to receive free or reduced priced lunch.

But while there is universal eligibility for school breakfast in New York City, only 34.8 percent of school children who eat reduced free or reduced-price school lunches are getting school breakfast, according to a report by the Food Research and Action Center. Even less—26 percent—are getting summer meals.

“There are all kinds of obstacles to access,” Dirksen said. One example is transportation; with students who sometimes commute to different boroughs for middle school or high school, students may not be able to make it to school before breakfast serving time ends.

“There is of course the issue of stigma,” Dirksen added. “A lot of children don’t want to self-select by walking into a cafeteria before school where they feel it sort of says my family isn’t able to feed me at home.”

“So we advocate for an alternative breakfast model, or breakfast after the bell, but the idea is to have some sort of grab-and-go model where after the school day starts, students can grab breakfast. It’s available to everyone and there’s no stigma involved, and they don’t have to overcome that stigma of getting to school 30 minutes before the school day starts.”