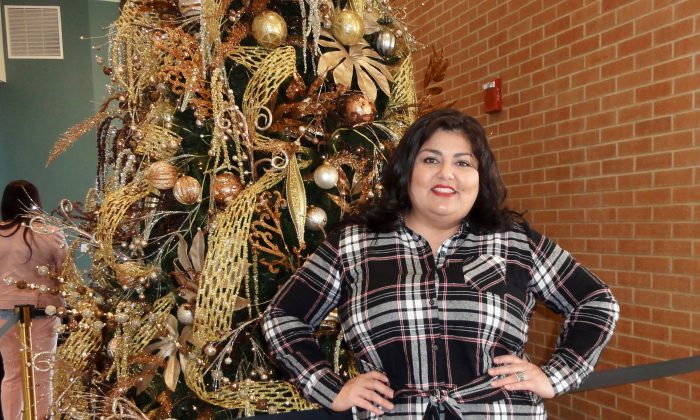 McALLEN, Texas—As the curtain came up on the creation of a 5,000-year divinely inspired civilization, it was “like an unveiling from a darkness to light,” said Ms. Vivian Vargas, marketing director for the Valley Symphony Orchestra. It was bright and colorful, conveying a variety of emotions, and Vargas said she “felt very peaceful and at ease and happy,” just seeing the scene.

Shen Yun Performing Arts, a New York-based dance company, was founded in 2006 to revive traditional Chinese culture through the art. In the past dozen years, it has grown to be the world’s premier classical Chinese dance company with six touring groups performing in over a hundred cities.

This revitalization of a culture struck a chord with Vargas, whose work with Valley Symphony Orchestra is all about bringing art and culture to people to foster and inspire community.

“I think it’s very important to honor our traditions and to make sure that we remember how things were, so we know where we came from and how to create a path to our future,” Vargas said. Our culture and traditions are crucial because they connect us to our friends and family, and can influence our everyday actions, Vargas added.

Despite the stories Shen Yun told through classical Chinese dance vignettes being from ancient China, Vargas found them not only to be relatable and understandable, but something we can learn from.

“The ancient Chinese stories translate into modern teachings and people can become influenced by studying the past,” she said.

“There’s a lesson of … not becoming so caught in the mundaneness of life because sometimes we ignore things,” Vargas said. “There is beauty in everything, and everywhere we go—so we have to find it.”

Crucial to the pieces was the constant allusion to the divine, as traditional Chinese culture is built on the idea of harmony between man, heaven, and earth. This is something is not found in modern China, which had its traditional culture and religious history destroyed under communist rule in past decades. Vargas found this clear in the stories, and an important part of the culture to not erase.

“I felt the connection very easily,” she said. “I felt that it was important for that part of the story to be told.”

Because of her work representing an orchestra, Vargas said, she was delighted to hear Shen Yun’s unique orchestra combining Chinese instruments with a Western symphony ensemble. It came together with the dance, colors, and stories behind each piece of the production into something new and impressive.

“I felt their precision, I felt their structure, I felt the completeness of all the movement, how fluid they were,” she said. “There was nobody trying to outshine the other, because it felt that they were all trying to tell the same story with their movements.”

Classical Chinese dance is an art form that was been refined over thousands of years, and today Shen Yun’s award-winning dancers use that same art form to show the courts of the Tang Dynasty palaces (618-907) to the blooming gardens of the Qing Dynasty (1644-1911).

In just over a decade, the company has brought a lost culture, what was once known as the Divine Land, to millions of people with no prior knowledge of it.

“It was very meaningful, spiritual, and very enlightening,” Vargas said. “It’s a beautiful story of dance, of Chinese culture and how they are influencing modern cultures today, and it’s a story of color.”

With reporting by Sophia Zheng and Catherine Yang.