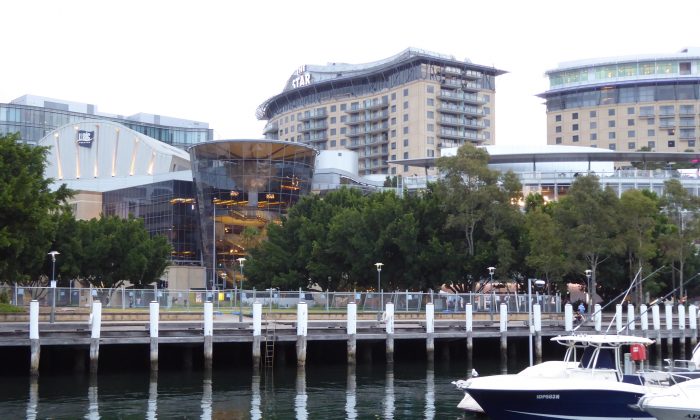 SYDNEY, Australia–Shen Yun Performing Arts is delighting audiences worldwide and theatregoers attending the matinee performance at the Lyric Theatre in Sydney, March 9, were no exception.

Shen Yun’s all original music draws upon China’s rich culture and history, and is grounded in ancient Chinese melodies, according to the Shen Yun program.

Traditional instruments, such as the pipa and erhu which lead the melody, are accompanied by a full Western orchestra. This is a unique feature of Shen Yun.

“I loved the music, loved the full orchestra,” Ms. Wilson said and added, “The clarity is wonderful.”

She was also impressed by the introduction of each vignette by the emcees; it added to her appreciation of ancient Chinese culture, she said.

“I like the background, the traditional cultural background that was given by the announcers before every dance, which put a historical perspective to the dance and the costumes. So that was really good.”

With state-of-the-art graphics and technology, Shen Yun’s digital-backdrop team creates vividly animated settings, extending the stage and transporting the audience to a world where heaven and earth are one, according to the company’s website.

They used technology to enhance the spirituality of the production.
— Anjli Wilson

Amanda Watson was also at the matinee performance. She found the message behind Shen Yun unexpected, and said she was in awe of the performance as a whole.

“I think it’s actually a very powerful experience, so not only are you looking at something visually that’s very beautiful, the expression with the dance, but actually the cultural message is really worthwhile coming to see.”

New York based, Shen Yun’s mission is to revive the essence of Chinese culture, traditionally considered a divinely inspired civilization, through the performing arts. The present communist system in China is officially an atheist regime, however, and afraid of the freedom of expression this arts company enjoys in the West.

“I think that people don’t have the freedom for expression [in China], that cultural expression, and the connection to Buddhism as well isn’t practised very freely … that was the message I received,” said Ms. Watson.

“We have an impression of China participating in the international market, you know … we have this one impression that everything’s OK, and then it was just that reminder, actually back in China, that maybe that’s not the way that people are experiencing their lives. So that was the reminder,” she said.