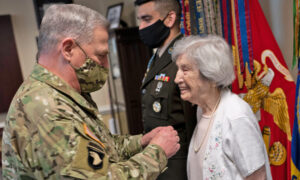 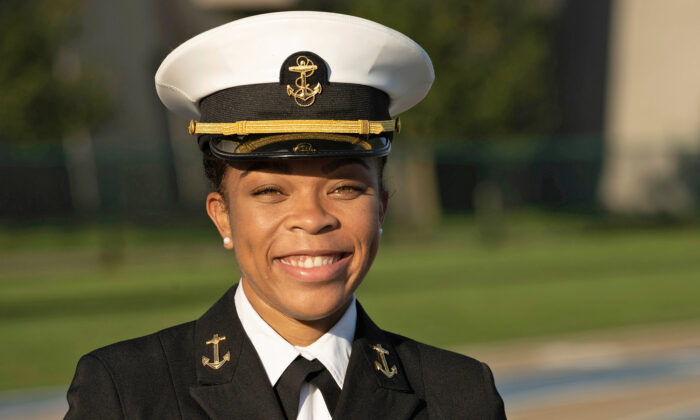 A Lake Forest, Illinois, trailblazer is making history as the first Black woman brigade commander at the U.S. Naval Academy.

In a statement, Barber acknowledged that earning the title speaks volumes. “[B]ut the title itself is not nearly as significant as the opportunity it brings to lead a team in doing something I believe will be truly special,” she said, adding, “I am humbled to play a small role in this momentous season of American history.”

As a brigade commander, Barber will oversee professional training and day-to-day activities for the Naval Academy’s more than 4,400 midshipmen, according to its website.

Mines replied on LinkedIn, writing, “40 years later, Sydney, you did it. You are my wildest dream. Thank you for all the hard work. So well deserved.”

Chapman, the current brigade commander, praised Barber for being “a catalyst for action,” “a visionary,” and a person “driven by compassion, by faith, by a fierce sense of passion and heart full of love.”

Barber, he said, is the perfect person in leading the brigade.

Lt. Cmdr. Darby Yeager, who serves on the U.S. Naval Academy’s Truman Scholarship selection committee, commended Barber for standing out among her peers.

Barber, who is on the Navy Women’s Varsity Track and Field team and harbors and holds leadership positions in various student organizations, aspires to become a Marine Corps ground officer later in her career. A mechanical engineering major who graduated from Lake Forest High School in Illinois, Barber already runs a STEM mentorship program for young girls of color and became a 2020 Truman Scholar national finalist for her research into education disparities in minority communities.

Barber explained that it motivates her to know she’s standing on the shoulders of giants. “I hope that one day I can also be the giant, that someone else can stand on my shoulders, too,” she said.