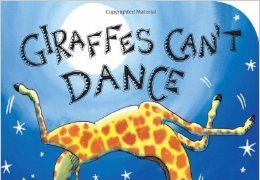 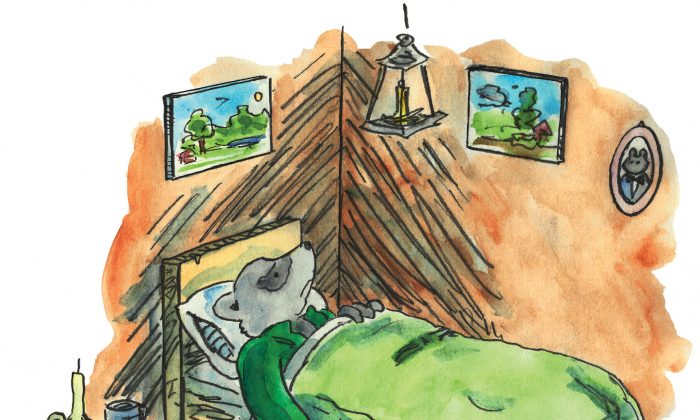 “The Central Park Tales,” Chapter 2: In “The Tooth Fairy,” Striped Tail Raccoon learns it’s never too late to fulfill your dreams, as long as you go outside and show your talents to the world. (Courtesy of Marcus Meesters)
Arts & Culture

Sure to Become a Classic: New Children’s Book Is Set in Central Park

What better place to get away from it all, than to go to New York’s Central Park? Stretching 51 blocks, according to NewYorkKids.net, Central Park is both wooded and landscaped and contains any outdoor entertainment a child could wish for—from lakes and pools to rinks, courts, and fields. It even has a carousel!

Now there is a new addition to Central Park—although imaginary. Squirrel, Duck, Frog, Mousekin, and the lovable Dog brothers have taken up residence there in the new book “The Central Park Tales,” written by Marcus Meesters. Containing 10 short stories and 60 beautiful illustrations, the book depicts real places throughout the park.

The stories are reminiscent of another era and another classic children’s book: ‘Winnie the Pooh.’

The stories are reminiscent of another era and another classic children’s book: “Winnie the Pooh.” Indeed, A. A. Milne, who wrote the classic, was one of the authors who inspired Meesters.

Other classics that inspired Meesters were “The Wind in the Willows,” “The Tales of Beatrix Potter,” and “Peter Pan in Kensington Gardens,” he said about his new book in a phone interview on Sept. 11.

In the last, as yet unwritten, book of his trilogy, Meesters will refer to certain elements from that first “Peter Pan” book since the gardens mentioned therein adjoin Hyde Park, where the third book will take place.

Meesters associates parks and adventures in those parks with the feeling that classic children’s books give him. He picked the setting of Central Park for his current book because it was beautiful and extraordinary. He felt that it could easily be turned into an enchanted experience in the imagination of a child. Lush and green, it sits in the midst of one of the most bustling, most famous cities in the world.

Meesters hopes children will be able to identify real places, scenes, and landmarks throughout Central Park when they visit and that would enhance their experience.

Overall, he wants children to celebrate how unique individuals can live together and become friends. He envisions children being able to empathize with some of his characters and view the world from their perspectives.

From Amsterdam to New York

“The Tales of Central Park” is the second book in a trilogy. Meesters wrote his first book, “The Vondelpark Tales,” when he lived in Amsterdam. He loved to walk in Vondelpark, Amsterdam’s most popular park.

In illustrating his own books, Meesters usually first made a pencil drawing. When he was satisfied with it, he used a light box to trace the drawing on a sheet of watercolor paper. Then he painted it with watercolors.

However, Dutch publishers said that there were too many illustrations in the book to make it a commercial success. But Meesters did not want to publish the book without them and so decided to self-publish the book. He ordered 1,000 hardcover copies.

In 2010 he distributed the book, titled “De Vondelparkverhalen,” to bookstores across Amsterdam. The book became one of the best-selling children’s books locally and multiple editions soon followed. (Although “The Vondelpark Tales” is the first book written in the trilogy, the English translation has not been released yet; it will be in 2016.)

The book received a good deal of media attention. Walking tours in the park were organized around it, and Meesters wrote a puppet show, based on the book, which was performed in Vondelpark.

In March 2012, Meesters accepted an offer by his employer to be transferred to the Dutch Caribbean island of Bonaire, and he put all aspects of “The Vondelpark Tales” and its related activities on hold.

Meesters did not forget about his success, though. He began envisioning a trilogy: “The Central Park Tales” would be his second book and “The Hyde Park Tales” his third, set in London. He decided to use different animals in each book but have all the books linked together by a narrator named Uncle Mouse. He wanted to create a new intercultural connection between three beautiful cities.

Perhaps one day a statue of his characters will take its place among the others in Central Park.

“The Dutch writer and illustrator Marten Toonder, who I admire, once said that there’s a part of yourself in each character you create,” Meesters said.

“When I look at my characters, I see myself in Frog. Frog has quite an imagination. I also see myself as Raccoon, who is sensitive to sounds and likes to work in a quiet atmosphere. And I see myself in Uncle Mouse, who is a world traveler who appears in all three books of the trilogy. In each book, Mouse tells stories about the other two parks, and that is also what I do, as the writer of the three books,” he explained.

Meesters also shared that he enjoys both writing and illustrating, but in different ways. “Writing has been a bigger challenge. It demands a great effort of both my mind and my heart. When I illustrate, I don’t need to think, I just feel how the illustration wants to be drawn. It’s more relaxing, a more free form of expression,” he said.

Something We Forget When Children Go Back to School

I told Meesters that given the quality of his work, I believe “The Central Park Tales” will succeed in the United States and can envision a puppet show or even a theater play based on the book.  Perhaps one day a statue of his characters will take its place among the others in Central Park.

But for Meesters, right now he is proud that his book promotes family values that children can emulate.

Linda Wiegenfeld is a retired teacher. What might a statue in Central Park based on “The Central Park Tales” look like? Please send these ideas or other comments to LWiegenfeld@aol.com