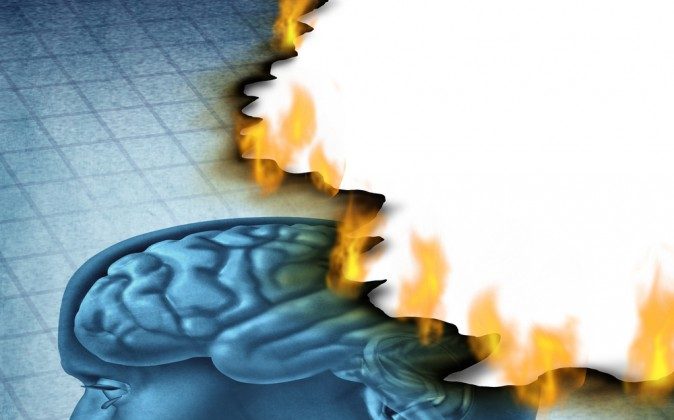 Studies have found links between acute and/or chronic stress and a wide variety of health issues, including your brain function.

Most recently, an animal study reveals that higher levels of stress hormones can speed up short-term memory loss in older adults. The findings indicate that how your body responds to stress may be a factor that influences how your brain ages over time. As reported by Business Standard:

“Rats with high levels of the stress hormone corticosterone showed structural changes in the brain and short-term memory deficits.

Previous research has also linked chronic stress with working memory impairment. Other recent research suggests that stress may even speed up the onset of more serious dementia known as Alzheimer’s disease, which currently afflicts about 5.4 million Americans, including one in eight people aged 65 and over.

Fortunately, there’s compelling research showing that your brain has great plasticity and capacity for regeneration, which you control through your diet and lifestyle choices.

Based on the findings linking dementia with chronic stress, having effective tools to address stress can be an important part of Alzheimer’s prevention, not to mention achieving and maintaining optimal health in general.

The Effects of Stress on Memory Function and the Aging Brain

As reported by the University of Iowa, where the featured research was done, elevated levels of cortisol affect your memory by causing a gradual loss of synapses in your prefrontal cortex.

This is the brain region associated with short-term memory. Cortisol—a stress hormone—basically has a “corrosive” effect, over time wearing down the synapses responsible for memory storage and processing:

“Short-term increases in cortisol are critical for survival. They promote coping and help us respond to life’s challenges by making us more alert and able to think on our feet.

But abnormally high or prolonged spikes in cortisol—like what happens when we are dealing with long-term stress—can lead to negative consequences that numerous bodies of research have shown to include digestion problems, anxiety, weight gain, and high blood pressure.”

The researchers suggest that you may be able to protect your future memory function by normalizing your cortisol levels. Such intervention would be particularly beneficial for those who are at high risk for elevated cortisol, such as those who are depressed or are dealing with long-term stress following a traumatic event.

Last year, Argentinean researchers presented evidence suggesting that stress may be a trigger for the onset of Alzheimer’s disease. The study found that 72 percent—nearly three out of four—Alzheimer’s patients had experienced severe emotional stress during the two years preceding their diagnosis.

In the control group, only 26 percent, or one in four, had undergone major stress or grief. Most of the stresses encountered by the Alzheimer’s group involved:

“Stress, according to our findings, is probably a trigger for initial symptoms of dementia. Though I rule out stress as monocausal in dementia, research is solidifying the evidence that stress can trigger a degenerative process in the brain and precipitate dysfunction in the neuroendocrine and immune system. It is an observational finding and does not imply direct causality. Further studies are needed to examine these mechanisms in detail.”

Robert Sapolsky, PhD, quoted in reference to the featured study, has spent three decades investigating the role of stress on human health. In the 2008 National Geographic special, Killer Stress, he reveals how it affects your body and brain. By understanding how stress affects your biology, you are better equipped to combat it, and mitigate its detrimental impact.

To give you a quick overview, when you’re experiencing acute stress, your body releases stress hormones (such as cortisol) that prepare your body to either fight or flee the stressful event.

Your heart rate increases, your lungs take in more oxygen, your blood flow increases, and parts of your immune system become temporarily suppressed, which reduces your inflammatory response to pathogens and other foreign invaders.

When stress becomes chronic, your immune system becomes less sensitive to cortisol, and since inflammation is partly regulated by this hormone, this decreased sensitivity heightens the inflammatory response and allows inflammation to get out of control.7 Inflammation, in turn, is a hallmark of most diseases, from diabetes to heart disease, cancer, and Alzheimer’s.

It’s not so surprising then that researchers have found links between stress and ailments ranging from physical pain and chronic inflammation, to stillbirths and poor gut health (which is critical to maintaining mental and physical health).

Researchers have even found that stress-induced anxiety can rewire your brain in such a way as to alter your sense of smell, transforming normally neutral odors into objectionable ones, and, as I will discuss in further detail in a later article featuring an upcoming interview with Greg Marsh, stress is also associated with a loss of visual acuity, and by correcting it, many can eliminate their glasses or contacts.