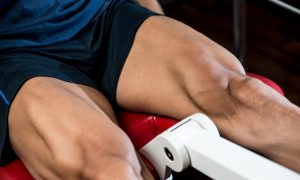 Strengthening Your Body Strengthens Your Mind

There are many reasons to exercise. Protecting your brain health and optimizing your thinking ability is one of them. In fact, there’s compelling evidence that exercise produces large cognitive gains, improves memory, and helps fight dementia.

For example, a 2010 study on primates revealed that regular exercise helped the monkeys learn new tasks twice as quickly as non-exercising monkeys, and researchers believe this might hold true for people as well.

Exercise helps protect and improve your brain function by:

Strength training in particular has been shown to have a very beneficial impact on brain function and memory. In one study — featured in the video above — just 20 minutes of strength training was found to enhance long-term memory by about 10 percent.

In this experiment, 46 volunteers were randomly assigned to one of two groups — one active, and one passive. Initially, all of the participants viewed a series of 90 images. Afterward, they were asked to recall as many images as they could.

Next, the active group was told to do 50 leg extensions at personal maximum effort using a resistance exercise machine. The passive participants were asked to let the machine move their leg, without exerting any personal effort.

Two days later the participants returned to the lab, where they were shown a series of 180 pictures — the 90 original photos, plus 90 new ones. Interestingly, even though it was two days since they performed the leg extensions, those in the active group had markedly improved image recall.

As reported by The Epoch Times:

“Our study indicates that people don’t have to dedicate large amounts of time to give their brain a boost,’ says Lisa Weinberg… who led the project.

Although the study used weight exercises… resistance activities such as squats or knee bends would likely produce the same results. In other words, exercises that don’t require the person to be in good enough to shape to bike, run, or participate in prolonged aerobic exercises…”

The Intriguing Link Between Leg Power and Brain Function

Another recent study supports these findings, and suggests that working your leg muscles helps maintain cognitive function as you get older. According to the authors, simply walking more could help maintain brain function well into old age.

This study followed 324 female twins, aged 43 to 73, for a decade. Cognitive function such as learning and memory was tested at the outset and at the conclusion of the study. Interestingly, as reported by MedicineNet.com:

“The researchers found that leg strength was a better predictor of brain health than any other lifestyle factor looked at in the study.

Generally, the twin with more leg strength at the start of the study maintained her mental abilities better and had fewer age-related brain changes than the twin with weaker legs…

‘It suggests that simple lifestyle changes to boost our physical activity may help to keep us both mentally and physically healthy.'”

Previous research has demonstrated that exercise promotes brain health by releasing hormones from the muscles, which encourage the growth of new brain cells — a process known as neurogenesis or neuroplasticity.

Daily walking has been found to trigger an anti-aging process

Your brain’s hippocampus, i.e. your memory center, is particularly adaptable and capable of growing new cells throughout your entire lifetime, even into your 90s, provided your lifestyle supports it.

For example, one year-long study found that adults who exercised regularly were actually enlarging their brain’s memory center by one to two percent per year, where typically that center shrinks with age.

The study on twins is said to be the first showing a specific link between leg power and cognition in normal, healthy people, and this is great news, as your leg muscles are among the largest in your body and can be easily worked, either through seated leg exercises, or by standing and walking.

The hippocampus belongs to the ancient part of your brain known as the limbic system, and plays an important role in the consolidation of information from your short-term memory to your long-term memory, as well as spatial navigation. Previous animal research has found that not only does exercise activate hippocampal neurons, it actually promotes their growth. In one study, exercising mice grew an average of 6,000 new brain cells in every cubic millimeter of tissue sampled.

The growth occurred in the hippocampus, the memory center of the brain, and the mice showed significant improvements in the ability to recall memories without any confusion.  A number of other studies have investigated the impact of exercise on brain performance and IQ. Some of the research highlights include:

To Optimize Your Health and Longevity, Stay in Constant Motion

The type of exercise program that will benefit your brain is identical to the one that will benefit the rest of your body. Ideally, you’d want to strive for a comprehensive routine that includes high-intensity interval exercise (HIIT), strength training, core work, and stretching. Then, in addition to a well-rounded workout routine, I also recommend standing up as much as possible to avoid the well-documented hazards associated with chronic sitting, and walking 7,000 to 10,000 steps a day.

Daily walking has been found to trigger an anti-aging process, and recent research suggests it may add anywhere from three to seven years to your lifespan. It’s clearly an essential movement we all require, ideally in addition to a regular exercise program. And, once you’ve eased into a daily walk routine, you can easily turn it into a high-intensity walking workout, which may be especially beneficial if you’re elderly or unable to engage in other forms of high-intensity exercises.

Best of all, you can benefit from walking no matter what age you get started. Study author Sanjay Sharma, professor of Inherited Cardiac Diseases in Sports Cardiology at St. George’s University Hospitals NHS Foundation Trust in London, told The Independent:

“We may never avoid becoming completely old, but we may delay the time we become old. We may look younger when we’re 70 and may live into our nineties. Exercise buys you three to seven additional years of life. It is an antidepressant, it improves cognitive function, and there is now evidence that it may retard the onset of dementia.”