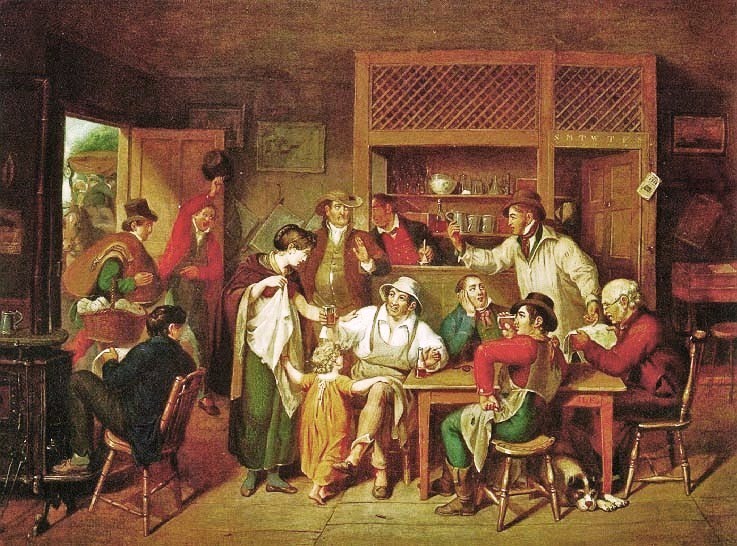 It was 1959 or 1960 when I first heard the Kingston Trio’s “Tom Dooley” on the jukebox in Grady’s Café in Boonville, North Carolina, population of around 600 souls. I don’t remember what I was eating, who I was with, or why I was there, but I recollect perfectly sitting in a booth, staring into space, and being mesmerized by that song.

And so began my lifelong love affair with American ballads.

My siblings, my friends, and I were already learning ballads and folk songs in elementary school or from children’s records. “I’ve Been Working on the Railroad,” “Oh! Susanna,” “On Top of Old Smoky,” and “Erie Canal” are just a few of these classics I recall singing in class. When I was 11, just before I abandoned my piano lessons, I dressed up like a cowpoke and performed “I’m a Poor Lonesome Cowboy” to an audience in our school auditorium. Thank heavens no one recorded that screechy performance for posterity.

Since then, I have listened to songwriters and singers as famous as Johnny Cash or as little known as my brother deliver these stories in song. When my children were growing up, we listened to recordings like “Wee Sing America,” and to this day they can still belt out some of the songs they heard. Hearing one or more of them sing the chorus to “Goober Peas” always brings a laugh.

Let’s take a look at just a few of these songs, old and new, that have done so much to shape American culture.

Roots of the Ballad

“A ballad,” declares one online dictionary, is “a poem or song narrating a story in short stanzas.”

That’s about as succinct and brief a definition we’ll find.

The ballad is centuries old, going back to the minstrels of the Middle Ages. Rarely put into writing or print at that time, ballads were passed from generation to generation, an oral tradition also often practiced in America throughout the 19th century.

Settlers, particularly from the British Isles, brought these song-stories when they immigrated to America. “Danny Boy,” “Annie Laurie,” and other pieces have now become part of the American repertoire, and sometimes entire cities and regions reflected this heritage. In Southern Appalachia, for example, the Scots and Scots-Irish who made those mountains their home kept alive their music, and it remains popular to this day.

Here’s another example of this trans-Atlantic cultural enrichment: Johnny Cash recorded “Sam Hall,” the story of a convict on the gallows, and I’ve heard a couple of fellows roar out the words along with Cash. That rousing song comes to us from England.

Sometimes, too, the old country songs are dressed up in new clothing. The folk-rock group Steeleye Span, for instance, dug out some old British folk songs and ballads and put them to rock music. American musicians have also transformed old tunes and even the words of the songs.

In their Introduction to “American Ballads and Folk Songs,” John and Alan Lomax, who spent years seeking out sources and collecting this music, wrote this about the breeding grounds of the American ballad:

“The cowboy, the miner, the tramp, the lumberjack, the Forty-niner, the soldier, the sailor, the plantation Negro (and also his sophisticated city cousin) … all have ‘made-up’ songs describing their experiences or detailing situations. …”

“A life of isolation, without books or newspapers or telephone or radio, breeds songs and ballads. The gamut of human experience has been portrayed through this unrecorded (at least until recently) literature of the people. These people had no literary conventions to uphold. But they were lonely or sad or glad, and they sought diversion.”

And that quest for diversion gave us some wonderful American music.

The classic ballad “Streets of Laredo,” its tune taken from an English folk song, describes a dying cowboy, his regrets for having lived a bad life, and his requests for his funeral:

“So, beat the drum slowly and play the fife lowly
Sing the Death March as you carry me along
Take me to the green valley, there lay the sod o’er me
For I’m a young cowboy and I know I’ve done wrong.”

Then there’s John Henry, a black “steel-driving man” who pitted his muscles and hammer against a steam drill in a contest to see whether man or machine might drill deeper into stone. John Henry won the contest, but he died from exhaustion. One version of the song known by many Americans begins like this:

In “Sweet Betsy From Pike,” we meet a woman who displays the rugged spirit of the American pioneer.

“Did you ever hear tell of sweet Betsy from Pike,
Who crossed the wide prairies with her lover Ike,
With two yoke of cattle and one spotted hog,
A tall shanghai rooster and an old yaller dog?”

When we come to know the original lyrics of this song about Betsy’s westward trek, we find that she isn’t quite so sweet as we might assume. She gets tight on whiskey, dances around the wagon train, and raises her dress indecently high. When Ike later divorces Betsy, she sends him off with a shout: “Goodbye, you big lummox, I’m glad you backed out.”

Though we may think of these song-stories as part of an old America, musicians have continued to bring us ballads.

When I was a kid, if one of us sang out “Born on a mountain top in Tennessee,” everyone within listening distance could join in that ballad about Davy Crockett. The television show, starring Fess Parker as Crockett, made coonskin caps and that music as ubiquitous as our childhood fantasies of living like that rugged pioneer.

Written and performed by Jimmy Dean, “Big Bad John” became a huge hit in late 1961, and the following year won Dean a Grammy Award for the Best Country & Western Recording. This song tells the story of a big, quiet man who appears out of nowhere and sets to work in a mine. One day, when “a timber cracked and men started cryin’,” Big John saves the miners’ lives by grabbing the “saggin’ timber”:

“And with all of his strength he gave a mighty shove
Then a miner yelled out, “There’s a light up above”
And twenty men scrambled from a would-be grave
Now there’s only one left down there to save, Big John.”

Johnny Cash popularized all sorts of ballads, both old and new. Along with Willie Nelson, Waylon Jennings, and Kris Kristofferson, Cash made a hit out of Jimmy Webb’s “Highwayman,” the story of a rough man whose spirit goes down through the ages. One of Cash’s early compositions was “Ballad of a Teenage Queen,” the story of a girl who leaves her hometown and her boyfriend for Hollywood, where she wins fame but eventually gives up everything for love and returns home.

One humorous ballad, originally written by children’s author Shel Silverstein, was raucously received when Cash first performed it at Folsom Prison. The song, which became a smash hit, tells the story of a boy whose father, having decided to leave his wife and baby, names his son Sue so he’ll be forced to grow up fighting and defending himself. Later the two men meet in Gatlinburg, Tennessee, where they get into a brutal, no-holds bar fight. After Sue is victorious, his dad explains:

“And he said, “Son, this world is rough
And if a man’s gonna make it, he’s gotta be tough
And I knew I wouldn’t be there to help you along
So I give you that name, and I said goodbye
And I knew you’d have to get tough or die
It’s that name that helped to make you strong.”

Ballads are the rough-hewn face of our culture. Most of the ballads are about ordinary men and women:  workers, drifters, outlaws, adventurers, the good, the bad, and the beaten-down. Knowing and singing these songs helps keep our past alive.

Teaching them to our children gives them pathways into history that they might never otherwise find. And from many of these songs, most of them easily memorized and sung, our young people will also deepen their understanding of the human spirit: hardship overcome, the strength and the fragility of love, and the beauty of aspirations and dreams.