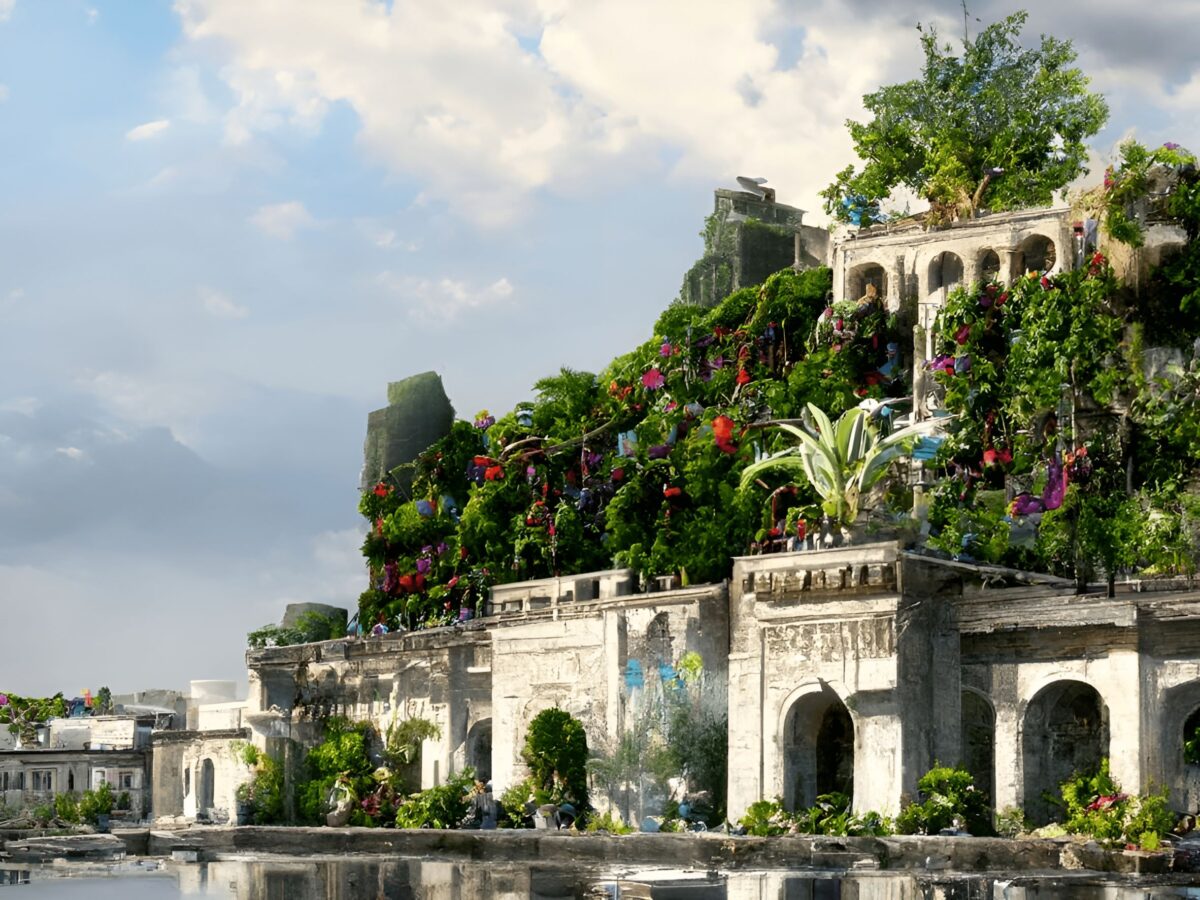 An artist's conception of the splendid city of Babylon with its hanging gardens. (AstralManSigmaDelta/Shutterstock)
Books

Today we continually build more buildings, update new electronics, create better platforms, invent different cars. We seem to be dominated by a craze for continual forward progress, keeping ourselves forever busy. How often do we pause this frenetic forward motion to consider where we are heading?

Two years before World War II and as the atom bomb was being developed, Stephen Vincent Benét pondered this question in his science fiction short story “By the Waters of Babylon.”

Set in a future, post-apocalyptic time when an atomic bomb left a major city destroyed (called the “Great Burning”), Benét’s story follows a young man who is training to become a priest in a primitive tribe.

In pursuit of knowledge and experience, the young hero sets out on a journey to a forbidden place known as the Great Dead Place of the Gods, which he later learns is called “newyork.”

When he arrives in the city, the young hero has a vision of the gods and their city before the Great Burning. There was a constant roar, and the gods were always moving: “Restless, restless, were the gods and always in motion!”

The gods walked, rode in chariots, or flew in the sky. They could go anywhere and get anything. Then the Great Burning came from the sky, and the gods and city died.

Upon returning home, the young hero announces to his father (the head priest of the tribe) that the gods were not gods, but men: “They went a dark road, but they were men.”

The hero wishes to tell the tribe the truth about the city and the gods, but his father says: “Truth is a hard deer to hunt. If you eat too much truth at once, you may die of truth.”

The hero decides that truth is best learned bit by bit. “Perhaps,” he says, “in the old days, they ate knowledge too fast.” He realizes that his people must build again but with moderation.

Benét questions our need for continual speed, growth, and progress. This issue is similarly addressed in the Minghui website article “Inspiration From the Story of Zhang Guolao Riding a Donkey Backwards.” Zhang Guolao, one of the Eight Immortals in the Taoist pantheon of China, rode his donkey facing backwards for miles and miles. Although emperors sought his advice, Zhang declined their invitation to come to the court; he did not seek the splendors of the world. Rather, he pursued wisdom, truth, and a “meaningful existence,” and he chose to see the world from a different perspective.

The article shows through Zhang Guolao’s example that “if ordinary people only focused on what happens before them, without seeking the deeper meanings of life, they will miss the great opportunities of knowing the truth.”

Truth is crucial, but if we are so consumed with finding the next truth, then we will never learn or grow.

Both the story and the article tell us: Rather than trying to continually progress forward, update, build, expand, or work, we should focus on learning the truth, living a moral life, and perfecting and effectively applying the knowledge we possess.