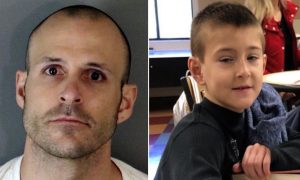 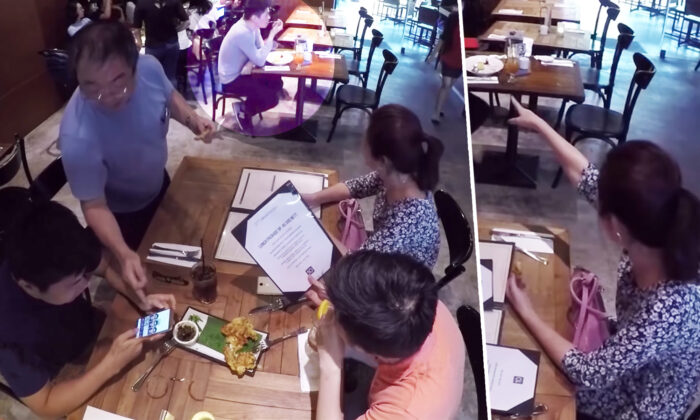 For students studying far away from home, coming home to see their family and enjoy the familiar sights and foods of home is a big pleasure. For Hadi Wibawa, of Medan, Indonesia, it had been three long years that he had spent in the United Kingdom without seeing his family. This called for an epic prank to see how his parents would react if he secretly appeared one day.

As Hadi explained in a video that he posted on YouTube in July 2016, “I want to see what their expressions will be when they see me all of sudden there.” But there was another thing that he was sure would make his parents do a double-take; during his time away, he had worked hard to shed a lot of weight, over 20 kilograms (approx. 44 pounds).

Hadi even had some doubts about whether they would recognize him at all. One of his older brothers would be in on the secret, who agreed to pick him up from the airport. For the prank’s setup, the family were going to meet in a restaurant where Hadi and his brother had conveniently placed a camera to film the interaction and the surprise. Everything had gone smoothly up to that point, with Hadi staying in a hotel room in order to remain hidden from the parents.

When the time to launch the prank came, everything was in place. Hadi was seated at a table across from where his family sat—close enough to be noticed without standing out too much.

After his mom caught a glimpse of the conspicuous “stranger,” a leaner version of her son, she discreetly confided how familiar he looked. “This guy looks so much like Hadi, I can’t believe it,” she said. Her husband simply brushed it off. “No, [they are] so different!” he replied. He then went off to use the restroom, leaving the mother to ponder the curious young man.

Despite the fact that he was much thinner, her curiosity persisted. “Similar, so similar. Shocking!” she commented. Soon, the suspense was just too much for her, and she asked them if the whole thing was a prank. “This is driving me crazy,” she told the brothers.

When at last Hadi’s mother looked straight at her son in the way that only a mother can, his face, filled with recognition, gave it all away—before he crossed the aisle and fell into her arms, both all smiles. They rejoiced for a few moments before calming down and then decided that it was Dad’s turn to be surprised, and so Hadi returned to his spot.

When at last the dad returned to his seat, his wife asked him, “Do you think that guy looks like Hadi?” Still too much in the dark, he hadn’t caught on yet, but he took a closer look. “Not even close,” he confirmed. “This guy is more handsome.”

Soon, he admitted there was a resemblance, but only from a certain angle—until Hadi looked over, straight at his dad as if to take notice of all the attention he’d garnered. A direct look from his son was all it took, of course, before the game was up.

In shock, the dad stood up, and father and son embraced before the family sat down to celebrate “a wonderful lunch & catching up,” as Hadi later put it.

Afterward, Hadi and his brothers posted pictures of their adventures in Medan and even an impromptu cooking show where the three made French macarons together. The video of the heartwarming and hilarious prank family reunion went viral, racking up over 7 million views to date. For this young man, home was definitely where the heart was, and people all over the world could recognize that.