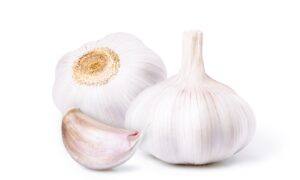 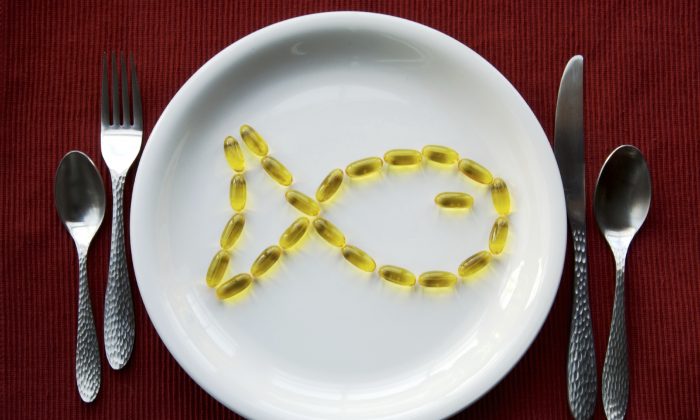 Fish oil has been used to treat inflammatory diseases for centuries, but today’s supplements are swimming with toxins. (B_Shearer/iStock)
Fitness & Nutrition

Dr. Barry Sears discusses toxic supplements, and the lack of omega-3s in the American diet
By Conan Milner
biggersmaller
Print

Fish oil is one of the most popular supplements in America, with sales totaling about $1 billion per year. The prized component of fish oil is omega-3 fatty acids.

Omega-3s help decrease inflammation, which is why fish oil is used to treat a wide range of inflammatory conditions—from heart disease to Alzheimer’s to arthritis.

The history of fish oil supplementation stretches back at least 2,000 years. For example, the ketchup of ancient Rome was called garum—a sauce made of fermented fish intestines that was used by everyone from emperors to slaves at every meal. The Vikings were fond of cod liver oil, which is still in use today.

Fish are the richest source of omega-3s available, but today they are often high in toxins as well. Of particular concern are PCBs (polychlorinated biphenyls). These manmade chemicals—once used to make plastics, paint, and fire retardants—were banned in 1979, but their legacy lives on. PCBs don’t break down easily in the environment, they accumulate in fatty tissue, and they are known to disrupt liver and thyroid function.

This prevalence of PCBs in fish oil makes it difficult to increase omega-3 consumption without also increasing your intake of toxins. A California lawsuit from 2009 offered independent tests where five popular fish oil supplements were found to have 10 times the state limit of PCPs.

The Epoch Times talked to Dr. Barry Sears, former research scientist at the Boston University School of Medicine and MIT, and originator of the Zone Diet, to understand the safest and most effective ways to increase omega-3s.

Epoch Times (ET): What are omega-3 fatty acids and why do we need them?

What has happened in the last 100 years is that we’ve seen a dramatic increase in the levels of omega-6 fatty acids in the human diet, and a corresponding decrease of omega-3 fatty acids. The result being more inflammation and greater disease at earlier ages.

ET: What are omega-3 concentrates and how do they compare to fish oil caps?

Dr. Sears: Fish fat is only about 30 percent omega-3 fatty acids. But fish also contains a tremendous amount of toxins which are a consequence of things we have thrown into the environment, things like mercury from coal burning, or PCBs. Once they get into the marine environment they end up in the fish and that’s why people are justifiably concerned about eating fish today.

The solution to all of this came about 15 years ago with the development of concentrates. You could take the crude fish oil, and basically break it down and increase the levels of omega-3 fatty acids and simultaneously decrease the levels of toxins.

The only trouble with that argument is that it takes a lot of effort to remove these toxins, especially PCBs and that’s where you separate the men from the boys.

It’s a very sophisticated industrial process. You have to use very, very high vacuums which are measured in a millionth of an atmosphere of pressure to distill over the omega-3 fatty acids and leave the toxins behind.

ET: What should we look at on the label to avoid toxins in a fish oil supplement?

Dr. Sears: You don’t have too much knowledge, because no one has to post the levels of PCBs on their product. The state of California has a thing called Proposition 65 which says that if any product contains beyond a certain level known to cause cancer you have to put a warning label on it. Prop 65 for PCBs is 90 nanograms. That’s not very much. If you buy a typical fish oil capsule from the health food store you will obtain 90 nanograms of PCBs.

ET: How can we tell if our supplement has toxins?

Dr. Sears: I use the toothpick test. Buy a fish oil. Break open 4 or 5 capsules and put the oil in a shot glass. Put the glass in a freezer. Come back five hours later with a toothpick. If you can’t put a toothpick through the fish oil, then you’re probably buying the sewer of the sea. You’re going to find that about 90 percent of the fish oil products you buy at the health food store or at the supermarket will fail this test.

About 98 percent of all fish oil products come from either anchovies or sardines off the coast of Peru or Chile. The reason why is most of the fish oil is not made for humans. It’s used to make farm fed fish. Salmon and other fish will not grow unless they are given a crude fish oil. Unfortunately the crude fish oil they give is rich in these toxins. Only about 15 percent of all fish oil in the world goes for human use.

ET: So in essence we’re feeding our food concentrated toxins.

Dr. Sears: Exactly. This is one of the few cases where “refined” is better than “natural.” If it’s refined properly it will be far safer than the actual fish that it came from.

ET: I know that omega-3s are very susceptible to rancidity and oxidation. How is this addressed with omega-3 supplements?

Dr. Sears: It’s a major problem. When you get these omega-3 fatty acids, they go rancid very quickly. They oxidize. Just because they’re in a capsule doesn’t mean you’ve stopped the oxidation process.

How do you know? Here’s another simple test: You bite into a capsule and taste it. If it tastes terrible, it’s probably oxidized.

Now, even if you have good fish oil, remember you’re putting it into a very oxidative, a very hot environment in the body. So if you’re taking fish oil you want to make sure you’re taking adequate levels of nature’s superior antioxidant: polyphenols. Where do you find polyphenols? In fruits and vegetables. But you need a fair amount, just like the omega 3 fatty acids. Polyphenols when added to omega-3 fatty acids become the ideal situation to have high quality fish oil and providing the extra antioxidants to prevent it from oxidizing in the body.

ET: What about vegetarians and vegans? Is there any way to increase omega-3 levels without eating animal products?

Dr. Sears: There is. In the past, they only had the option of eating things like flax seed oil, which has short chain omega 3 fatty acids [ALA]. The conversion of short chain omega-3 fatty acids into the longer chain ones [EPA and DHA] which have all the anti-inflammatory functions is very slow and inefficient. You’d have to consume 15 to 100 times the volume of flax seed oil to get the same anti-inflammatory benefits of fish oil.

Through genetic engineering they now have various algae mutants that can make both the EPA and the DHA. So vegans and vegetarians now have concentrated sources. They’re not as concentrated as the fish sourced, but at least you have some anti-inflammatory agents to reduce their levels of inflammation also.

ET: Let’s talk about dosage. How much omega-3 a day should we aim for, and are there populations that require more?

Dr. Sears: The population that requires the most turns out to be the American population. The reason is we have such an overload of omega-6 fatty acids, due to our very efficient production of vegetable oils, like corn, soybean, and other oils like that.

What you really want to do is get a good balance of omega-3 to omega-6 fatty acids in the blood. The population I use as a guiding point is the Japanese population. These are the people that have the longest health span in the world. They have longevity without the years of disability. They have the lowest rates of depression in the world, and they have the lowest rates of heart disease even though their cholesterol levels are actually higher than Americans’.

So the question is how much fish oil do you need to take for the average American to bring those levels down to that of the Japanese population? We’ve done studies of this over the last decade and the answer is a lot: somewhere in the range of 5 to 10 grams a day. That’s one of our best estimates.

What our Paleolithic ancestors ate about 10,000 years ago was about 6 and 14 grams a day of omega-3 fatty acids.  To put that in perspective the average American should at least be eating two and a half grams a day, but actually eats about 125 milligrams a day.

ET: Any dietary advice for those hoping to boost their omega-3 levels?

The best way is to really cut back dramatically on the intake of omega-6 fatty acids. You do that by eating fat sources which are primarily monounsaturated. This would be things like olive oil, guacamole, and almonds. By reducing the omega-6 fatty acids, the body’s ability to make more omega-3 fatty acids is actually speeded up.

You have two options: you can either take a lot more omega-3 fatty acids in your diet (if it’s purified), or reduce the omega-6s in your diet by eating more monounsaturated fats. Either one will get you closer to where you want to be. Doing them both together at the same time is the ideal solution.