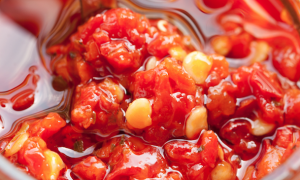 Secret Ingredient: A 2-in-1 Jar of Italian Peppers
0 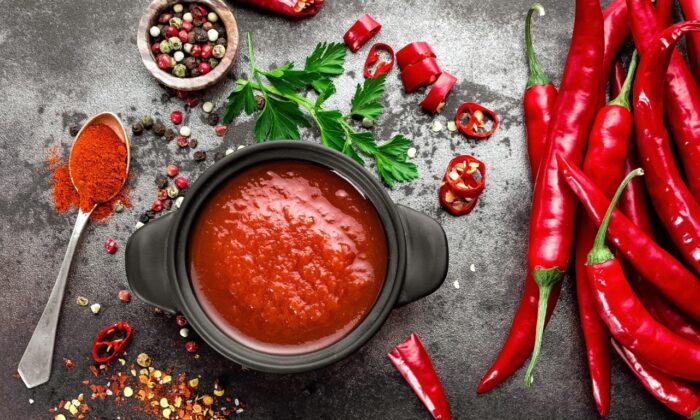 Some Like Them Hot: The Fiery Appeal of Hot Peppers

Just know that once you pop that capsicum into your mouth, there is no turning back. No amount of water, beer, milk, or bread can fully put out the flame.

Of course, for every coughing and gasping amateur daredevil, there are bushels of die-hard chile-heads for whom the pain of eating hot peppers is all pleasure. The seared taste buds, watery eyes, and sinus-clearing fumes are part of the attraction, along with the hunt for evermore pungent pepper thrills.

Humans have been eating peppers for at least 9,000 years. While archaeologists pinpoint the eastern coast of Mexico as the cradle of cultivation, there’s evidence that around the same time, indigenous peoples were harvesting and eating wild peppers from what is now the southwestern United States, through Mexico and south to Peru.

Nobody knows exactly why humans crave the culinary drama of hot peppers, but scientists have come up with a few theories. The word addiction has been bandied about, in part because capsaicin, the substance that gives chiles their signature punch, causes pain followed by an immediate release of endorphins. Endorphins floating around the brain trigger a sense of euphoria. In addition, capsaicin releases chemicals that reduce the sensation of pain (which is why it is a popular ingredient in topical pain relievers).

If feel-good chemicals aren’t enough, all peppers contain immune system-boosting vitamins and antioxidants. In addition, some hot chiles have antimicrobial properties. Food historians posit that, centuries ago, pepper seasoning may have masked the off-flavors of less-than-fresh meats, while also providing the germ-fighting agents that may have helped fight off foodborne illnesses.

Paul Rozin, a psychology professor at the University of Pennsylvania, rejects all those practical reasons for pepper use and abuse. In his book, “How Pleasure Works: The New Science of Why We Like What We Like,” Rozin says the chile compulsion is purely and simply “benign masochism.” He posits that escalating pepper consumption is like a thrill ride at an amusement park—you can feel the fear and excitement of life-threatening danger, while being secure in the knowledge that you won’t actually perish.

So How Hot Is Hot?

In 1912, Parke-Davis Co. pharmacist Wilbur Scoville began exploring the capsaicin kick of different types of peppers. He wasn’t aiming for chile-head immortality, but for a more efficient way to produce a capsaicin-laced liniment. He crushed chiles, combined them with sugar water, and had a panel of taste-testers take sips. Over time, Scoville diluted the chiles with more and more water until the tasters could no longer detect any heat in their cups. The pharmacist rated different chiles based on how much water was required to negate the capsaicin.

Scoville called his process the Scoville Organoleptic Test. Today, in his honor, pepper punch is measured in Scoville Heat Units (SHU) arranged on the Scoville Scale. No taste-tester tongues are harmed in the ranking process. Now, SHUs are measured using high-performance liquid chromatography (HPLC), a process that measures the heat-generating chemicals in chiles.

Pepper growers continue to try to out-spice each other with new tongue-searing cultivars. At any given time, a new hybrid could explode to the top of the scale.

A Matter of Taste

Chile aficionados know their way around the Scoville Scale, but they also insist that chile varieties, like grape varieties and wines, have terroir. Put simply, terroir is a subtle turn of flavor based on the location where a pepper is grown. By this measure, a Hatch green chile from New Mexico will taste distinctly different from the same variety grown in California.

Experimenting with chiles of different pedigrees and forms—fresh, dried, crushed, powdered—could become a lifelong obsession. At what point does the chile overpower the food? What blends work together? What chile paste perfectly accentuates a stew, a kebab, barbecued ribs, or a block of tofu?

Of course, while you’re pondering, shopping, and cooking, remember one thing: capsaicin, the thing that brings the truth-or-dare pleasure and pain to hot peppers, has exactly no flavor. None. So if you’re expecting to add a sweet, tart, or vegetal aura to your food, start with a pepper you can actually taste before moving up the scale.

Just save a few whole chiles on the side to give your guests a “hold my beer” opportunity.

Chile-heads love to sample and collect hot sauces, for the flavor and potency of the specific elixirs as well as for the opportunity to grab a portable pepper fix. For most, the hot sauce hobby has the makings of a lifelong obsession, simply because there are so, so many different commercially produced sauces to try.

Market researchers quantify the U.S. hot pepper sauce market at around $1.2 billion as of 2018, with the spicy condiment snaring more than $2.3 globally. At any given time, more than 100 major brands are vying for a share of that pie.

Although archaeologists have unearthed evidence of home-brewed pepper sauce dating back 7,000 years, commercial hot sauce burst on the scene less than 200 years ago.

Edmund McIlhenny, a banker from Avery Island, Louisiana, founded Tabasco in 1868. The recipe evolved over time. A soldier returning from Mexico in 1840 gave McIlhenny, a known gardener, seeds from wild peppers he had collected. McIlhenny planted the seeds and the peppers that grew became the basis for Tabasco sauce. McIlhenny named the unique Mexican pepper strain for the sauce, which he had already named for a region in Mexico.

Today, Tabasco peppers are grown on Avery Island, home of the Tabasco sauce production facility, and in fields in other locales, including Mexico. It also has many competitors, including regional hot sauces, sauces with international pedigrees, and sauces created for different cooking techniques.

Tabasco is a fermented sauce, made from a pepper mash that is mixed with a salt brine and packed in oak barrels to age for three years before being strained, blended, and bottled. Fermented sauces are known to have a more nuanced, complex flavor. Unfermented sauces, made of peppers, vinegar, and myriad other ingredients and seasonings, have a flavor profile that brings the heat of the sauce upfront.

Serious home chefs may want to experiment with fermented pepper sauces, making blends that draw beneficial bacteria and enzymes while aging in a jar or crock in a dark, cool corner. The process requires covering peppers in brine, completely cutting off any oxygen that can allow mold to grow. Occasionally, fermentation gases from the container must be released. And finally, the sauce must be pureed, combined with vinegar, and bottled.

More often, home cooks prepare unfermented sauces, which can be as simple as pepper vinegar or a complex cooked and canned puree of peppers, garlic, herbs, and fruits. The variables, in terms of chile peppers selected, vinegar used, sweet or tart fruits and seasonings, and the canning process selected all impact the final flavor of the mix.

Of course, coming up with a personal, delicious, top-secret sauce recipe can be a matter of patience, experimentation, and trial and error. It’s extremely gratifying, but in the meantime, there’s no shortage of ready-made commercial sauces on grocery store shelves.