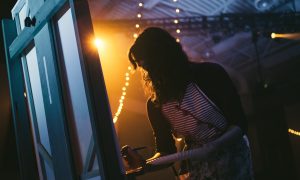 Only after you have defined your problem correctly are you ready to move on to the next step, brainstorming possible solutions. (Shutterstock)
Life & Tradition

Solve Your Problem Actively but First, Define It Carefully

For nine weeks, Salvador and I had been working together on reducing anxiety when he came into my office and announced that this was our last session. He had decided that he couldn’t finish his classes this semester and was going to move back to his hometown to live with his aunt. Besides, he told me, half of his teachers can’t stand him and will probably fail him anyway.

Problems eventually arise for all of us. If you pay attention carefully, you will notice that you solve minor problems routinely all day long. “The subway line is closed today, I need to find a different way to work.” “I have a meeting at 4:30, who can pick up my cat from the vet?” “Martha called in sick, who is going to contact her clients?” We solve these simple problems without much thought. But some problems have more complicating factors and require an active and thorough process to be handled effectively.

When complex problems arise, we often try to use the same abbreviated problem-solving strategies we use for simpler problems. We rush into poor decisions or become passive, allowing other people or circumstances to dictate the outcome while losing opportunities and short-changing our options.

With complicated problems, it’s useful to go through a purposeful, structured process. The basic steps of the process are: define your problem, brainstorm solutions, analyze your options and make a plan, implement your plan, evaluate the results, and repeat the steps until the problem is solved. You will be surprised and elated by the options that appear and the doors that open when you’re patient, thoughtful, and creative.

Incorrectly defining a problem is the most common mistake in this process. People get started down the wrong road when they don’t have a careful and complete understanding of the problem they are trying to solve. Some of the most common mistakes are to define the problem too narrowly, cutting off a wider range of possibilities or trying to eliminate the symptoms of a bigger problem instead of solving it at the root, causing the problems to recur or resurface. Or, we simply misdiagnose what we really want or need out of a situation.

How can you make sure you’re solving the correct problem? Follow these steps.

Only after you have defined your problem correctly are you ready to move on to the next step, brainstorming possible solutions.

Let’s look at Salvador’s case an example. Salvador, normally a good student, had been ill for a week and missed some big assignments. He jumped to the assumption that he was going to fail his classes. His aunt had offered to let him stay with her for a few months without paying rent, and that easy out was all he needed to make a hasty decision without taking the time to think about his options.

Since Salvador had already decided that he had failed, he had narrowed down his options to what he was going to do now that the semester had been lost. When we dug deeper, he realized he was avoiding the whole problem because he was terrified to talk to his teachers about the missing assignments. He unconsciously assumed they’d chastise him and he’d be humiliated.

Once Salvador realized that he was rushing into a decision because of his anxiety, his problem became how he could manage the anxiety while he reached out and discussed his options with his teachers. This was a very different problem, and I was able to help Salvador write out and rehearse some scripts that he could use to prepare for his conversations with his teachers. The preparation brought his anxiety to a manageable level. As you can guess, the newly confident Salvador was able to work out arrangements with his teachers and get all of his credits for the semester.

Do you think you’re working on the wrong problems in your life? Go through the steps above and see if you can shed new light on them.

Michael Courter is a therapist and counselor who believes in the power of personal growth, repairing relationships, and following your dreams. He can be reached at mc@CourterCounsel.com. His website is CourterCounsel.com