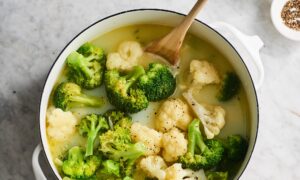 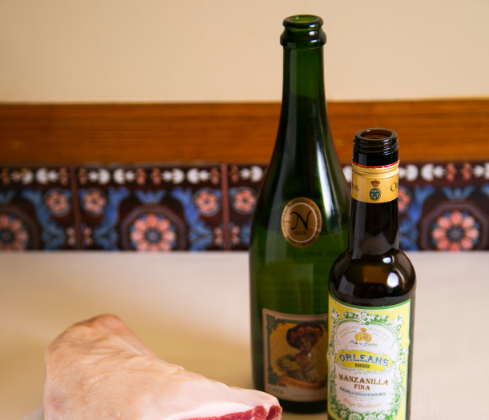 Solera: Food and Wine Pairings Made in Heaven

At the Midtown restaurant Solera, the chicharrón is a fall-to-your-knees revelation. Solera’s executive chef Danilo Paulino years ago managed to improve on a recipe that he’d obtained in Miami. There’s also a secret behind it.

The deep-fried pork belly, somewhere between its alternately crunchy and melt-in-your-mouth layers, holds a key to unlocking wines.

As owner Rufino López, who has held countless wine-tasting dinners, is fond of saying, don’t pass a final judgment on a wine till you’ve had it with chicharrón. (In Spanish, his saying has a delightful rhyme: “No tomes tu decision hasta que pruebas el chicharrón.”)

Take a bite, and then try the wine again. It is a transformed wine.

Solera is a haven for Spanish expatriates who can be found there at any given time of day, even during la hora española, those quiet hours in Spain when stores are shuttered for siestas.

The restaurant is also a hotspot for wine enthusiasts. The extensive wine list is entirely Spanish, and a few wine tasting groups have faithfully met there for years, tasting wines with menus thoughtfully curated by López.

On a recent evening at Solera, wine importer Patrick Mata of Olé Imports hosted a tasting for fellow Spaniards keen to explore their country’s wines.

Mata practically has wine running through his veins. Back in the late ’90s, while a college student in Miami, he started importing wine. He was only 19. His company, Olé Imports, today has a portfolio of 240 wines and focuses on Spanish, terroir-driven wines, exceptional winemaking, and extraordinary value.

If Spanish wines are known for their value, it doesn’t make them any less spectacular—if you know where to look.

Spain is bordered by oceans on almost all sides and has the second-highest elevation in Europe after Switzerland. It has many microclimates and is home to 400 indigenous varieties of grapes.

The vines are relatively old—about 32 or 33 years old, according to Mata. The yield is lower but the grapes have a greater intensity of flavor.

Often vineyards are owned by the same family over generations, which means the cost of land doesn’t figure in the cost of wine the way that a more recently acquired vineyard might.

Mata and his business partner Alberto Orte also produce wines under the label Compañía de Vinos del Atlántico. Some of their wines come from vines that are largely under-the-radar, from old vineyards on the outskirts of Madrid. That’s their Flaco wine, priced at $8 a bottle. Or take their Antigua Clásico Rioja Reserva, which is produced in an abandoned area in Rioja that is so high and so steep it is impossible to farm with machines. It’s aged for three years in barrels, and one year in the bottle. It costs $28 (and should cost about twice as much).

Don’t hold to rigid rules when pairing wines and food, says López. Let your taste buds guide you. For some of the more gelatinous fish like turbot or fluke, for example, López prefers a light red wine rather than a white wine. “And sometimes certain white wines that have a tremendous acidity are good with some fatty pork dishes,” he said.

Jamón Ibérico
Orleans Borbón Manzanilla
Jamón ibérico is no ordinary ham. In southern Spain, pigs roam freely in oak groves, feasting on acorns, making for complex, and at once both subtle and intense flavors. Pair it with a manzanilla sherry from Orleans Borbón and you have a “match made in heaven,” according to López.

This fortified wine, made with 100 percent palomino grapes, is produced by the royal family of Spain, who used to produce small amounts only for family consumption. Orte, a friend of the royal family, convinced them to commercialize it, by saying a great work of art shouldn’t be kept in the closet.

Olé Imports is the exclusive importer. Only 1,500 cases are produced each year. “It should cost $30 but only costs $15,” said Mata. “They don’t really care about the money.” Exclusively imported by Olé Imports. Good with olives, cured ham, and in general anything that is salty.

Manchego, Garrotxa, Idiazabal cheeses
Mather Teresina
Papa
Orleans Borbón Manzanilla
Red wine may be the first match to come mind with cheeses, but López prefers whites. Papa, produced by Ladera Sagrada, is made from 100 percent Godello, a grape that is becoming increasingly popular in Spain, even ahead of Albariño. Mather Teresina—made by Celler Vinos Piñol, which makes only 500 cases a year—is made from Garnacha (50 percent), 30 percent Cariñena, and 20 percent of the nearly extinct Morenillo.

If López could just pick one red wine, it would be a Rioja Reserva, which would pair equally well with rice dishes, pork, or even beef dishes. La Antigua Clásico Rioja Reserva is a good match for lamb chops, for example. For a versatile white, try the Papa.