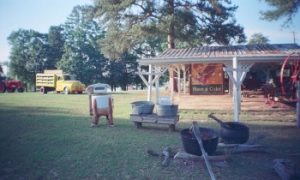 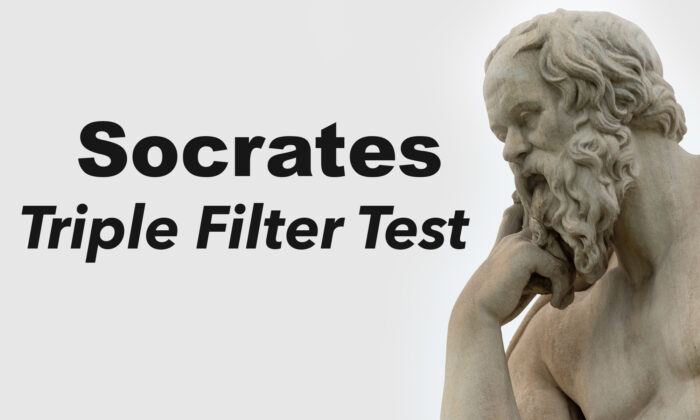 In the electronic age of mass information sharing, almost anything we want to know is available to us at the touch of a button. Unfortunately, so are a lot of false claims and misinformation.

However, there is an ancient methodology for filtering out rumors that has experienced a resurgence in recent years. The Triple Filter Test is a simple three-step method for working out whether any new information is really worthy of being passed on.

The test is presented in the form of an anecdote, inspired by a hypothetical conversation between the ancient Greek philosopher Socrates and one of his disciples. The anecdote can be used to teach us how to differentiate between hurtful rumors and useful truths. If used properly, it has the power to enrich our lives.

The function of the Triple Filter Test is demonstrated in the following conversation:

How to Apply the Triple Filter Test

Truth, Goodness, and Usefulness make up the foundation of the Triple Filter Test. But it is not always easy to define the true, the good, and the useful. Therefore, in order to apply this test to your own life and successfully eliminate hurtful rumors, there are some additional sub-questions that can help to provide clarity.

Unpacking the truth: Can I prove that the rumor I heard, or wish to pass on, is true? Am I willing to put my reputation on the line?

Unpacking the good: Does the rumor benefit me, or the recipient, in any way? Will its content evoke any positive feelings?

Unpacking the useful: Will the rumor improve anyone’s quality of life? In what way does not hearing the rumor hurt or affect the recipient?

Rumors, gossip, and fake news have the power to ruin lives. Learning how to tell the difference between fact and fiction, therefore, can drastically improve a person’s mental and physical health.

Rumors can provoke uncomfortable emotions. If the information turns out to be false, on some occasions the damage has already been done, leaving the recipient to experience stress, fear, or sadness unduly. Occasionally, if a rumor is treated seriously, there are disastrous repercussions.

The beauty of the Triple Filter Test lies in its simplicity. By asking just three questions, rumors can be relegated to the archives where they belong.

What Would Socrates Think?

“The unexamined life is not worth living.” – Socrates

The classical Greek philosopher Socrates (470–399 B.C.) is widely credited as being the first moral philosopher. He was an enigmatic orator but famously never committed a single word of his own philosophy to paper.

Socrates, the son of a sculptor and a midwife, lived most of his life in Athens. He worked as a mason, married, became a father to three sons, and was even praised for his fortitude during military service.

The moral scholar devoted much of his adult life to philosophy and teaching. Today, his work is known mainly through the accounts of his student, Plato, writing after Socrates’s lifetime.

The Triple Filter Test’s mode of inquiry is certainly reflective of the Socratic spirit; its three parts turn a rumor inside out until its inherent truth, or invalidity, is revealed. Socrates, in the very same way, was renowned for his ability to deduce the validity of a statement by testing whether or not the statement held up to inquisition.

Using his “Socratic method,” Socrates would turn a question into a series of further questions for the person who was questioning, the answers to which would gradually reduce all possible options until only the desired information remained.

Socrates had an additional tactic. Allegedly, he would always pause before answering a question and listen for an “inner voice of caution.” Today, psychologists might refer to this as “conscience,” and some philosophers refer to this inner caution as the “sign of Socrates.”