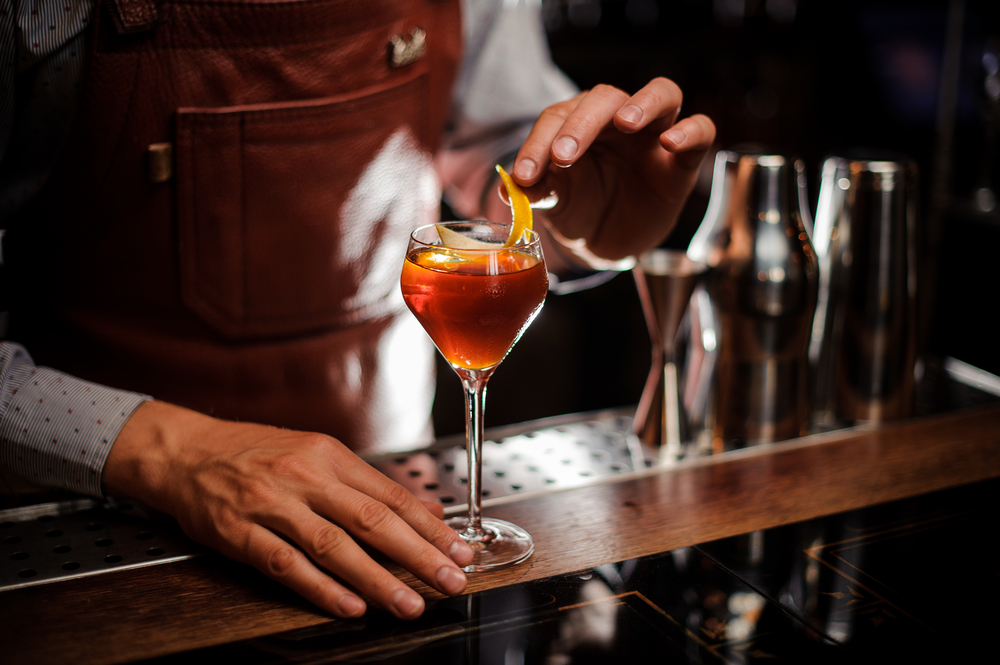 Bars are leaning into the growing sober movement. (Shutterstock)
Food

Like many young urbanites, Meryl Vedros likes to cap her demanding workday with a cocktail. So the New York-based creative director likes to head to the craft Getaway Bar in the trendy Brooklyn neighborhood of Greenpoint.

On a recent visit with Reuters present, she decided to try a new drink on the menu—the “Trip to Ikea.”

The drink has no alcohol; Getaway is a “dry bar,” seeking to cater to the growing sober movement that includes sober bars as well as new apps like Loosid, that bring together users for dating and other activities where drinking is not included.

“I think people are tiring from the social crutch of alcohol, and interested more in natural spaces where they can be themselves and ease more into a wellness-focused world,” Vedros told Reuters.

The numbers bear out her hunch. Binge drinking (five or more drinks in a row over a two-week span) continues to decline among both college and non-college adults, dipping below 30 percent, according to the National Institute on Drug Abuse’s “Monitoring the Future Study” released in September.

Total alcohol consumption in the United States has declined for three consecutive years, largely as a result of continued weakening beer volume, according to the annual studies conducted by the IWSR drinks market analysis firm.

Bars like Getaway resemble typical bars beyond just their aesthetics. According to the bar’s co-owner, the business model is similar as well.

“Our business model is actually not that different from a cocktail bar, from a craft cocktail bar,” said Getaway co-owner Sam Thonis.

“You know, we are selling high-quality premium drinks using really great fresh ingredients that we’re preparing daily. So we are able to charge a price point that gives us a profit margin that is really comparable to what an alcohol bar would charge for a cocktail.”

In New York, Getaway is not alone. The Listen Bar, for example, organizes a monthly sober party that regularly sells out.

Entrepreneur MJ Gottlieb saw a need in the sober community for a forum beyond a dry watering hole. So he created the Loosid app, a “sober platform” for dating and other meetup opportunities.

The sober space, however, is receiving boosts from even beer giants like Heineken; earlier this year, Heineken 0.0—an alcohol-free malt beverage—was rolled out as a low calorie zero-alcohol option for those who love everything about beer, save the booze.

Thonis of the Getaway Bar does concede alcohol bars do have one business advantage.