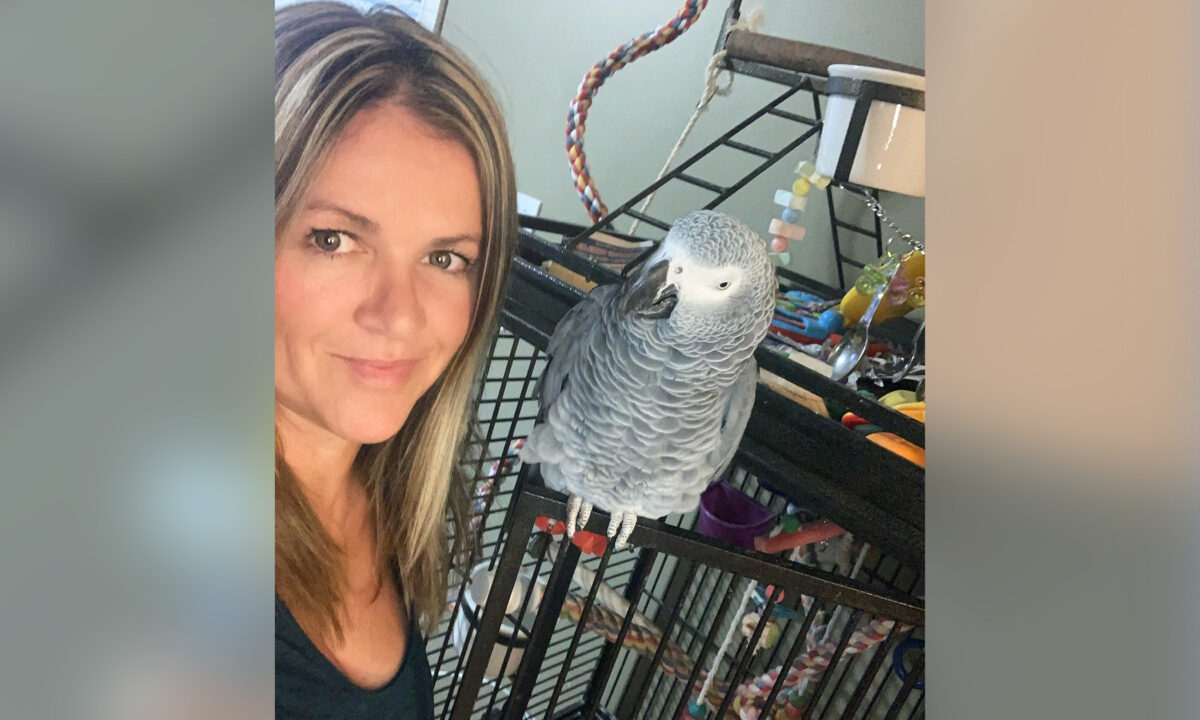 (Courtesy of Cairo the Grey)
Animals

‘Smarten Up, Man!’: Bossy African Grey Parrot Loves Calling Out His Family and Their Cats

The owner of a hilarious parrot has shared footage of the intelligent bird scolding her cats with learned catchphrases and even making sure that the kids go to bed on time. The funny clips have been viewed tens of thousands of times, brightening netizens’ day.

Born and raised in Ontario, Canada, mom of two Tammy Howlett now lives in Cambridge and is working as a quality assurance analyst in the IT industry. She has a 12-year-old son, Ty, and a 15-year-old daughter, Hailey.

Howlett also has two cats and a 21-year-old Congo African grey parrot, named Cairo, who have all been with her since their birth.

Sharing more about Cairo’s personality, Howlett told The Epoch Times that the parrot has always been confident and has somewhat of a bossy personality.

“He acts like a parent to my two children and to the two cats,” Howlett said. “He always makes sure the kids and cats eat their meals and go to bed on time.”

Although Cairo is a little afraid of the cats, he will often walk right up to them and boss them around, Howlett explained.

After sharing clips of Cairo on her private social media, Howlett was encouraged by a friend to start a TikTok account. Since sharing funny antics via the account, the page has quickly gained followers.

One clip in particular, of Cairo telling his owner to “Smarten up, man!” after Howlett tidied his cage, has gone viral, amassing over 37,000 reactions and some 210 comments.

The most frequent targets of Cairo’s snappy comebacks, however, are the family cats: Max, a 5-year-old Balinese cat, and Kitty, a 3-year-old Bengal cat.

In a hilarious clip, Cairo is spotted telling the latter, “Kitty, no! Bad bad bad! Kitty, be good; smarten up!”

(Courtesy of Cairo the Grey)

“I was a bit shocked that he genuinely seemed annoyed with the cats,” Howlett told The Epoch Times. “From living with Cairo, though, I’ve learned that the only one allowed to make noise in the house is him; the rest of us are frequently told to ‘Shh,’ and ‘Zip it up!'”

According to Howlett, most people usually give her positive feedback about Cairo’s funny one-liners. She said: “They look forward to new posts, and watching Cairo tell off the cats brightens their mood and makes them laugh!”

But Howlett also revealed that it has stirred up some controversy amongst some of her followers, who “don’t understand how quickly African greys can pick up a language,” and assume that she must be reprimanding her cats all the time. But it seems like the parrot simply has a taste for telling people off.

(Courtesy of Cairo the Grey)