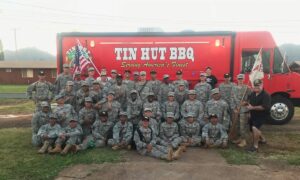 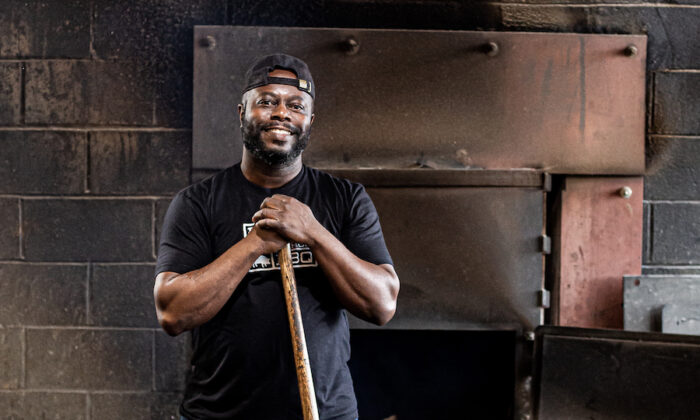 The first step of cooking a whole hog, says Rodney Scott, “is to get you some patience. Because you’re gonna need it.”

Scott would know. The James Beard Award-winning pitmaster, owner of Rodney Scott’s BBQ in Charleston, Birmingham, and Atlanta, has been perfecting the art of whole-hog barbecue for nearly four decades—since he cooked his first at age 11.

“It’s going to take you about 12 hours. You can’t rush it,” Scott said. There are no shortcuts, from burning the hardwood down into coals; to repeatedly shoveling them under the 180-pound pig to maintain the right heat; to flipping the whole hog over—a two-man feat of strength and finesse; to crisping the skin and finishing it off. (There are tricks, however, like learning to judge the right temperature by the rhythm of the fat dripping onto the coals.)

Scott learned how to cook his hogs from his late father. He grew up in the small town of Hemingway, South Carolina, in a family whose philosophy he defines in a word: work. While his friends went to parties, he was picking tobacco on the family farm, minding the store, or helping his father cook hogs for their barbecue business.

His hard work has since paid off, but not without heartbreak—he became estranged from his father when he left home to open his own place. Scott detailed his rocky journey in a cookbook memoir, “Rodney Scott’s World of BBQ,” released in March 2021.

He’s not shy about sharing secrets—including recipes for his famed sauce and dry rub—but the real secret ingredient he credits for his success lies outside of the barbecue pit: his optimism.

“I constantly repeat ‘Every day is a good day.’ I just refuse to have a bad day,” Scott said. “I try to find the best of every bad moment. If you’re alive, you’ve got an opportunity.

“Be patient, approach everything calmly, give it a minute to understand it, and see how to make it to the next step.”

His rules for life echo his rules for the pit. While that hog is cooking, “you take a deep breath and say, ‘OK, all right, take it easy, enjoy the moment,’” Scott said. “You set the pace, you set the tone. And you try to pass that energy off with every ounce of pork that you serve.”