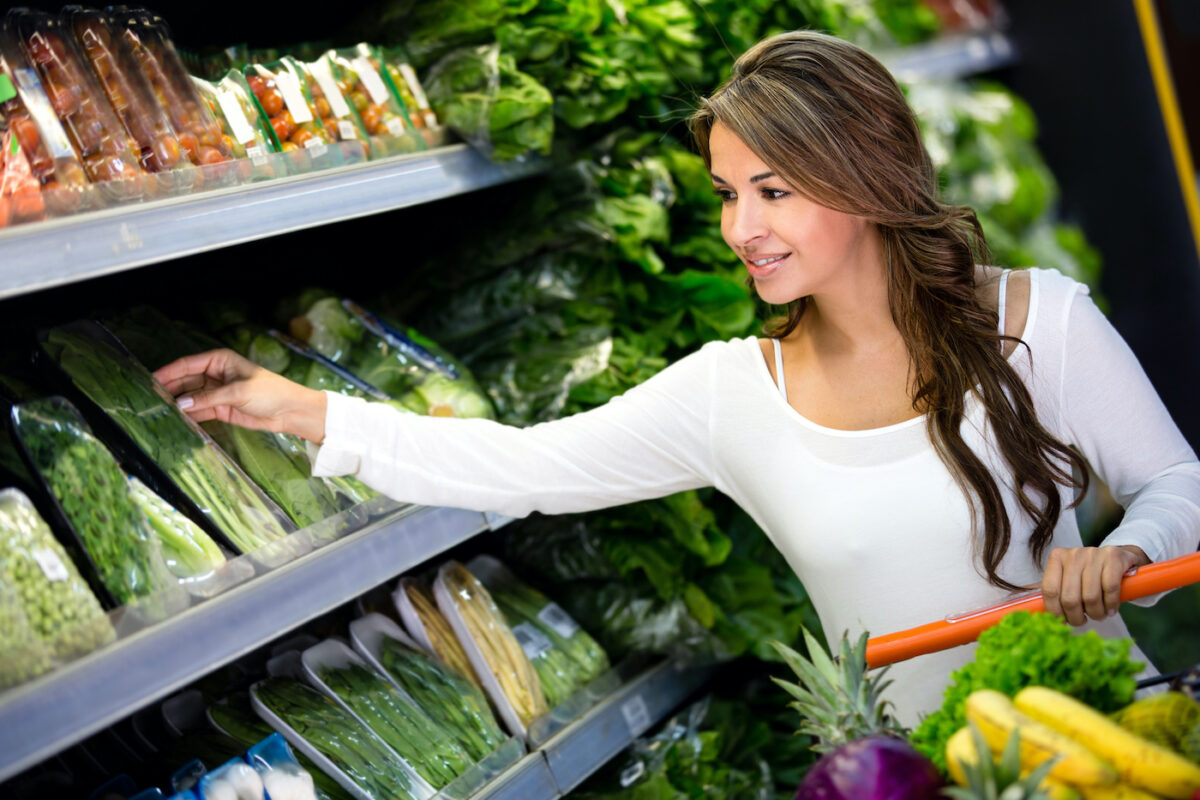 Slimming Down Through Your Subconscious

Some people find the motivation to eat better and exercise with the help of hypnosis
BY Conan Milner TIMEJuly 12, 2022 PRINT

Obesity has been a health crisis for decades, but the problem just keeps on growing. According to the World Health Organization (WHO), the number of obese individuals worldwide has nearly tripled since 1975. Today, obesity is even prevalent among children. It’s estimated now that “most of the world’s population live in countries where overweight and obesity kills more people than underweight,” notes the WHO.

How did so many get so fat, so fast?

Some factors are obvious: The combination of easy access to junk food and the now-common sedentary lifestyle is a reliable recipe for weight gain.

But new factors continue to compound the problem. Take, for example, the mandates meant to slow the spread of COVID-19. Lockdown requirements, promoted to protect our health, also helped make many people even fatter, thanks to an increase in stress eating and even less physical activity than before the pandemic.

Ironically, obesity was found to be a major risk factor for serious cases of COVID-19.

In addition to having a detrimental effect on your immune function, excess fat also carries other health risks, such as heart disease, stroke, and Type 2 diabetes. Obesity is also the second leading cause of cancer—quickly closing in on cigarette smoking, currently in first place.

According to the Centers for Disease Control and Prevention, these conditions are among the leading causes of preventable, premature death. But they don’t merely impact the individual; they also weigh heavily on the health care system. The annual medical cost of obesity in the United States last estimated in 2008 was $147 billion, and that figure has no doubt grown over the past few years.

The problem is clear, so why does a solution remain elusive? Perhaps it’s because the root of the issue lies deep in our subconscious, where our beliefs about pleasure and pain plant the seeds of thought and action.

Eating out of Malformed Emotions

We typically think of obesity as a body problem. In addition to the physical health risks that come with it, there’s also the constant burden of hauling around a fatter form: uncomfortably tight clothes, seats in restaurants and airplanes that are painfully small, and the disconcerting feeling that your body is taking up too much space.

Excess calorie consumption and low physical activity primarily fuel weight gain. But it’s our minds that ultimately drive our eating and exercise habits. How exactly we’re supposed to fix our minds to lose our fat can be confounding. For those of us with extra pounds, it’s tempting to judge ourselves as lazy gluttons who merely lack the willpower and self-control necessary to slim down. But many who have managed to shed pounds through sheer force of will typically gain it all back again and then some.

According to weight-loss hypnotist Rena Greenberg, willpower alone will never be enough.

“It’s really about changing our association to pleasure and pain,” Greenberg said. “The way the mind works is that we’re always moving toward pleasure and moving away from pain.”

Greenberg and others build their hypnosis around this fundamental idea.

For many, hypnosis is a word that brings to mind a pendulating pocket watch inducing a deep trance. This mesmerizing technique allows the hypnotist to steer your subconscious so you speak and act like a fool, to the delight of an audience.

But Greenberg explains that stage hypnosis is a lot different from the behavioral hypnosis that she practices.

“I use hypnosis to empower people to tap into their own inner voice of wisdom to know exactly what eating plan is best for them and how to motivate themselves to get them to create new habits,” she said.

In a sense, hypnosis is a helping hand to dig deeper into our own minds.

If hypnosis seems like a strange prescription for weight loss, consider that many of the eating habits you already hold are the result of hypnotic suggestion. For example, we’re constantly barraged by subliminal and other subconsciousness-shaping advertising techniques to stimulate an insatiable hunger for fattening foods. These foods are hyper-palatable combinations of fat, sugar, and salt. They are designed to be addictively tasty.

And then we are bombarded by messages that program us to crave the pleasure these foods promise. Just look at any advertisement for fast food or candy and you’ll see that they are dripping with tantalizing promises of pleasure and fulfillment. Then our body betrays us by giving us a hit of dopamine when we eat these foods. If we are sad, lonely, or bored, trying to give up these foods can feel excruciating.

As obesity becomes a global health burden, researchers have grown more interested in evaluating the potential for hypnosis as a weight-loss intervention. One study by researchers in Malaysia put overweight people in two randomly assigned groups. Once a month, both groups received health education (diet, exercise, and behavioral recommendations), but one group also had three hypnotherapy sessions.

“Essentially, the positive outcomes indicated the promising potential of hypnosis as an alternative tool in facilitating weight loss efforts for those in need.”

A similar randomized controlled trial published in the journal Obesity gave both groups exercise and behavioral recommendations and individualized diets. The test group also got three hypnosis sessions, during which self-hypnosis was taught to increase self-control before eating. The results: The hypnosis group had improved satiety, improved quality of life, and lower inflammation.

While research is relatively slim on hypnosis and weight loss, other studies have offered encouraging results. There are various methods of hypnosis used to aid in weight loss. One method described in the American Journal of Clinical Hypnosis includes five elements:

Part of the reason hypnosis works is because it helps people become clearer about what they actually want—and more effective in pursuing it.

“Nobody wants to be heavy. Nobody wants to be uncomfortable or embarrassed by their body. So why do we get into this mess? Because we’re following other people’s suggestions,” Greenberg said. “Our subconscious mind is a blank slate and it’s up to our conscious mind to decide what you want in your life and what program it’s going to install.”

Greenberg’s work in hypnosis is inspired by her own health issues. Years ago, she suffered a heart condition that put her in the hospital and left her without energy. Sapped and recovering from a heart attack that came while she was already hospitalized, she sought out lifestyle changes to recover her vigor. It worked, and in the process, she came to understand that daily choices are what make the difference in health and well-being.

Her hypnosis program, and the programs of others in her field, take aim at supporting people in making those choices.

Greenberg’s weight-loss hypnosis program has been used in more than 75 hospitals and by more than 100 major corporations. Several of Greenberg’s clients have lost more than 100 pounds and have managed to stay slim even years later.

Unless you’ve personally experienced such a dramatic transformation, it might seem too good to be true. With so many weight-loss schemes out there and so many stories of failure, it’s only natural to view hypnosis with suspicion.

Greenberg remembers one particularly suspicious client who worked at a Florida hospital that featured the hypnosis program. Jane was in her 60s and had been overweight her whole life. She had tried all kinds of things to lose weight, but every method was a flop.

“She reluctantly came to the group session. Afterward, she was annoyed. She felt like it was a waste of her time,” Greenberg said. “Two or three months later, she reached back out to me. She said, ‘I can’t believe I waited so long in my life to do this. I hear your voice everywhere.’ I said, ‘It’s not my voice anymore; you’ve internalized it.”’

When Jane was at the grocery store reaching for a familiar box of cookies, the voice would ask, “Do you really want that?” That brief yet meaningful pause for reflection was all it took for Jane to put the box back on the shelf. A few months later, she had lost 65 pounds.

According to Greenberg, the force behind Jane’s transformation was that her brain held a new subconscious script. Passing up cookies no longer felt like a painful deprivation, so Jane didn’t require much willpower to resist them.

“Willpower is when we’re whiteknuckling it using the conscious part of the mind,” Greenberg said. “But these habits of binge eating, snacking, emotional eating, and night eating are very much ingrained in the subconscious part of the mind. That isn’t a reason to despair, but that is something to be aware of. If we could have done this with the conscious mind alone, we already would have.”

The success or failure of willpower is clear and immediate. Transforming the subconscious, however, is subtle and slow. Greenberg typically meets only a few times with each client, but they may listen to recordings of these hypnosis sessions every day for months.

Over time, this message-reinforcing method allows the subconscious mind to adopt a new script and let go of the old messages informed by junk food advertising, a decades-long donut addiction, or dysfunctional family rituals centered around food.

“Ninety percent of our thoughts are just the same thoughts we had yesterday,” Greenberg said. “It just repeats the same ones over and over.”

Greenberg says this is true when it comes to food and other areas of our lives as well. Becoming aware of our repetitive thoughts and beliefs and then changing them is a practice people have used for millennia; hypnosis is simply one way to do it. And when we succeed, the results are significant.

“We can grow, transform, and be happier,” Greenberg said.

Although Greenberg has seen a lot of success with weight-loss hypnosis over the past 30 years, she readily admits it doesn’t work for everyone.

“I get calls almost every day from someone who wants me to help someone else,” she said.

“They’ll say, ‘Can you help my son? He’s gained 80 pounds. He’s home all day in his apartment, and he doesn’t even want to see anyone anymore.’ And I have to tell her, ‘No, I can’t help him because he’s not the one reaching out.’

“They have to want it. It has to be their idea. I’m not waving a magic wand. I’m just helping them to retrain their own mind.”

Changing your subconscious may not require as much willpower as typical diet routines, but it does require other strengths of character, such as motivation, humility, and surrender. Sometimes even the pain and frustration of being trapped in a fat body are necessary to inspire enough desire for change.

The process takes time, but the results of successfully adopting a new subconscious script may take you by surprise. Greenberg mentions a woman named Sharon who lost more than 100 pounds through hypnosis. Halfway to her weight loss goal, Sharon suddenly discovered she had acquired new shopping habits.

“She was in the grocery and all of a sudden she looked down at her cart and she couldn’t believe it,” Greenberg said. “Her cart was full of fruit, vegetables, and none of the processed crap she used to buy. She didn’t even realize she was the one putting these foods into her cart.”